This legal thriller has on trial a woman judge, a young accomplished and feared judge at that, who obviously has her set of enemies 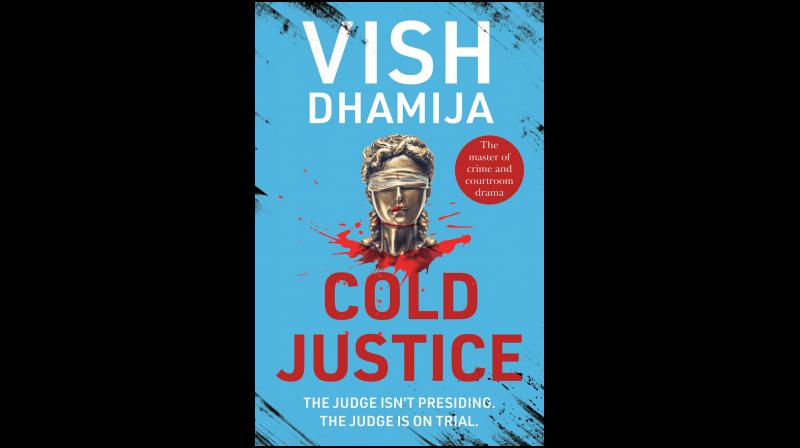 This legal thriller has on trial a woman judge, a young accomplished and feared judge at that, who obviously has her set of enemies. In the midst of a high-profile case, Shilpa Singh is caught red handed with a weapon in hand and a dead body in a public park. Why she went there on her own and how she ended up with a murder weapon is a story that she relates to her lawyer, and one-time boyfriend. But even she knows it makes for the most cliched narrative, and appears to be a lame one, too, considering it is a sitting judge involved.

Now it is up to one of the best lawyers on the job Akash HIngorani to get behind this case to help Shilpa Singh, with evidence quite clearly veering towards establishing her as the murderer. Helping him on the case are his friend and lawyer Vansh Diwan, Sonia Pahwa, his second-in-command, Chavi Nair, an investigative journalist, and a sleuth Pentium (which isn’t event his real name).

So far, the plot seems vaguely familiar but for the premise. But isn’t that the case with any thriller, especially with law and lawyers involved, even when it’s a high profiled author Mr J.G. behind the pen?

Cold Justice is a page-turner set in New Delhi. The underlying romance in the story gives an endearing edge to the exciting narrative and also complicates the case that Akash has taken it upon himself to fight, thus adding to the intrigue.

How will Akash win this seemingly impossible case, especially when he knows there is someone out here, who knows his history with the judge, and may make it public information at any time. If that happens it wouldn’t augur well for the case. In addition to becoming a good fodder for gossip columns, the fact that he had dated a judge, and as a lawyer he was representing cases in her court one many times could be detrimental to their reputation and careers as well.

One of the reasons Vish Dhamija is one of most read fiction writers of India is that his novels explore India, in this case modern India with all its much relatable good, bad and ugly sides without being judgmental, or excessively dramatic. This keeps the reader focused on the case on hand, as the story goes through its twists and turns until reaching the cliffhanger end. Does that mean a sequel?

The novel, Cold Justice, makes for a good read also for the flashes of quirky sense of wry humour, the author is known for- usually laced with an evident dig at the ways of the world — “If the prosecution had been given a choice, they’d have personally sent invitations to every member of the media. They’d have organised a circus, may be an event, called in Britney Spears to pull in more crowds and hired Mercedes Benzes to cart them around.”

With 278 pages tucked in between the covers, the book is the perfect prescription for fiction readers looking for a simple, fast paced courtroom thriller with all its elements intact.