Karishma transports her readers to the inner world of the siren, who lived an extraordinary life — much beyond the comprehension of many 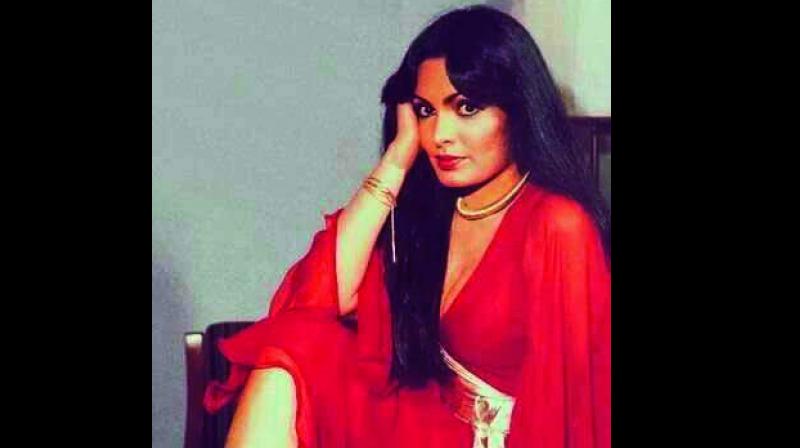 Seasoned film journalist Karishma Upadhyay’s impassioned narrative about one of Bollywood’s biggest divas of all time evokes a multitude of feelings.

Karishma transports her readers to the inner world of the siren, who lived an extraordinary life — much beyond the comprehension of many.

Parveen’s transformation from a coy and docile girl with roots in the erstwhile Gujarati kingdom of Junagadh to a siren who was bold enough to break the “pious girl” mould on screen and off it, in all honesty, leaves you feeling heavy.

Simply because the author intelligently puts forth a rather heart-wrenching truth about Parveen’s life and death. “The only constant in her life was loneliness.

It defined her childhood, her desperate need for companionship in her prime and her last days in virtual isolation,” says the author in the book.

Parveen Babi — A Life reveals how the actress who learned the ropes in Bollywood and scaled dizzying heights of stardom ultimately had her corpse registered as “unclaimed body No.16” with no immediate family around to claim her mortal remains.

So what went really, really wrong with the poster girl of glamour of the ’70s? What roles did Danny Denzongpa, Kabir Bedi and Mahesh Bhatt have to play in the actress’s life, which was supposedly plagued by hallucinations and delusions? Why was Parveen so bitter in one of her last interviews, claiming how unwelcome she felt in the industry, how that pushed her into becoming a recluse and living the last decade of her life in obscurity?

The chunky read, spanning 30 chapters, traces the journey of a wide-eyed teenager who undergoes a personality metamorphosis after her first love goes kaput, with her obsession and eccentricities setting the tone for her tumultuous life.

Be it a spate of doomed romances or an untoward dependency on a spiritual guide, Parveen Babi’s innately intense psyche as a lover, believes the author, stemmed from deep-seated feelings of loneliness and negligence.

So much so, the yesteryear diva’s relentless lifelong pursuit of love and solace leads readers to an important question: what is it that we really crave? And does love really conquer it all?

Quite like life and its ironies, Parveen, says the author, found herself chasing dream after dream in hopes of filling a void, which sadly only deepened after living a life surrounded by constant media scrutiny.

Behind the façade of uber-avatar, the book reveals, the sensuous and bold Parveen was, after all, a little girl who was ravenously on the lookout for lasting love and solace. Yet, those were the only things that evaded her all life.

By the end of Parveen Babi — A Life, one is left in melancholic wonder about a genius who was among the very few women to clear into at study at St. Xavier’s College Campus in Ahmedabad back in the year 1968, one whose eccentricities more likely drove away those who entered her life and one who developed an obsessive bond with anyone she liked just so she may have salvaged the caring and love she missed and so craved right through her childhood.