Doing so, he feels, would create the positivity needed to allow the new arrangements to reflect the spirit of the people of Kashmir. 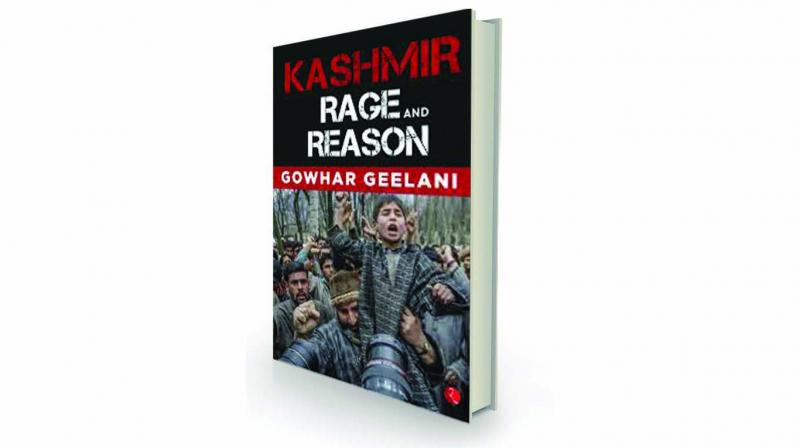 Gowhar Geelani calls himself “a storyteller from a place where funerals of the young are political events, mourning is permanent politics and the people are in a constant battle between memory and forgetfulness”.

He sets the tone by starting — dramatically — with the funeral of Burhan Wani, a young, media-savvy commander of the Hizbul Mujahedeen (HM) in July 2016 in Tral. Between 100,000 and 300,000 people are said to have mourned the “martyr”. In comparison, the author cites that there were just 3,000 mourners for the funeral of Mufti Mohammad Sayeed — the People’s Democratic Party’s leader, six months earlier in Srinagar in January 2016.

He uses this data to illustrate the fifth transition in Kashmir’s politics — the first being the late Sheikh Abdullahsahib’s “Quit Kashmir” movement in the 1946 against the Hindu Dogra Maharaja whose ancestor bought his right to rule Kashmir from the British in 1846.

Burhan Wani’s crop of young militants adopt the outward vestiges of the ISIS, like masks to hide their faces, and yet willingly circulate their photographs armed to the teeth on social media. ISIS flags are said to have first appeared in the Valley after the 2014 floods in Srinagar. A “tiny” group claims allegiance to the Islamic State of Kashmir and Ansar Ghazawat-ul-Hind. But most, says the author, have little or no idea of the ISIS ideology or of global jihad. They do not target civilian populations unlike ISIS, Al-Qaeda or the Taliban. Their philosophy is straightforward — fight the government — the “oppressor” — a sentiment borne out by personal or family experience.

So resonant is the message of these young “Mujahedeen” that Syed Ali Shah Geelani, head of the All Parties Hurriyat Conference (Geelani), who till now occupied the ultra “radical” space which backed merger with Pakistan, was pressured to guard his turf by denouncing the Daesh and Tehreek-e-Pakistan as terrorist and un-Islamic organisations.

The author asserts, based on a 2010 Chatham HouseReport — “Kashmir, paths to peace”, that most Kashmiris Muslims want independence, as do (apparently) 28 per cent of the Hindus, with the rest opting for being part of India.

Those preferring merger with Pakistan are few. But affection for Pakistan is widespread because it is seen as an anti-India support platform to be used to retaliate against government excesses. The bonds of Islam and the pull of Kashmir’s historical – cultural and commercial – links with Lahore also helps cement this nostalgic affection.

The author’s preferred “solution” is to roll back all the micro steps taken since 1952 in collaboration with the discredited, quisling mainstream parties – to dilute Kashmir’s autonomy. Doing so, he feels, would create the positivity needed to allow the new arrangements to reflect the spirit of the people of Kashmir.

This is a highly readable account of the genesis and the tragedy of modern Kashmir. It helps that the author is a child of the troubled and bloody 1990s in Kashmir with a fund of stories, anecdotes and vignettes interwoven with cold hard data.

Sadly, the book was published just months prior to the tectonic shifts instituted by the Narendra Modi government in Kashmir’s political architecture in August 2019, which disrupt all prior thinking for bringing peace to Kashmir. Happily, this could also be the starting point for a second insightful book by Gowhar Geelani.