Some exciting glimpses of the cosmos and beyond

So the author describes how anomalies in the motion of planet Uranus were a cause of worry. 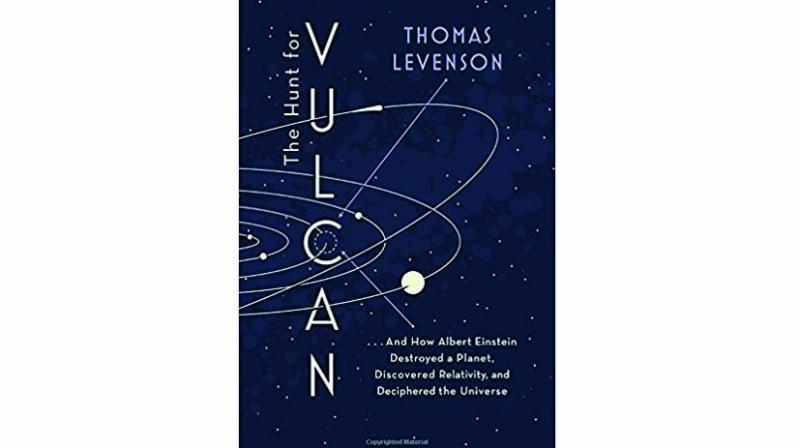 The Hunt for Vulcan By Thomas Levenson Random House, Rs 1,840.

Although science claims to be objective, driven by confirmed evidence, its history contains several episodes where the guesses and prejudices of important players matter most. Thus there have been diversions from the correct path, dead ends and doubts before the scientist can rightly call out “Eureka”.  The book The Hunt for Vulcan with its science fictionish title is an excellent example of the oft-quoted statement that “truth is stranger than fiction”.

Indeed, to the reader who has seen episodes of the “Star Trek” on TV will have heard of Vulcan which was associated with the charismatic character of Dr Spock. However, despite such peculiarities as pointed ears, and higher intelligence of the inhabitant of Vulcan, the stories in that serial fail to match the excitement of the events described here, events connected with the finding of a new planet nearest to the Sun. Levenson has described in a gripping style the rise and fall of  planet Vulcan.

The account of Vulcan is presented in three parts. In a historic sequence, the first part begins with Isaac Newton and his law of gravitation. The Newtonian law successfully explained planetary motion, the motions of satellites, the passing of comets, etc., apart from the terrestrial phenomena like the falling apple and the trajectory of a cannon ball. However, in the true scientific tradition, successes are not enough: there must be no failures.

So the author describes how anomalies in the motion of planet Uranus were a cause of worry. The account of how scientists finally resolved the problem is a success story that deserves to be in every school textbook.

In science, a successful approach often sets precedent for solving future problems. There are also occasions when this approach fails. The success of celestial mechanics in leading to the discovery of Neptune prompted LeVerrier to use the same technique to solve the anomaly discovered about Mercury. Part 2 of the book is devoted to the hide and seek played by Vulcan, the new planet postulated by LeVerrier. However, the solid proof expected by science did not materialise and so we end this part in a state of uncertainty!

The solution as described in the third and final part of the book, came in a totally unexpected way. This time the answer was more radical. The well-established Newtonian framework had to be abandoned, to be replaced by Einstein’s relativity theory. The author gives a background for motivating this change. There are several accounts of why Einstein in 1905 thought of the special theory of relativity and then in the following decade was led to the general theory of relativity. The accounts presented here are certainly not the best for a lay reader, although in the eyes of this reviewer they may be considered passable. It might have been better for the overall storyline to have a third part for this topic followed by a fourth part describing the various tests of relativity but highlighting the precession of perihelion of Mercury. And to strengthen the case, a reference to the precession of periastron for a binary pulsar might have helped demonstrate how science continually adds to its database of supporting evidence.

Thus the reader has to be convinced that the final solution of anomaly in the orbit of Mercury comes from a radically different theory and that earlier solution offered by postulating planet Vulcan (and the Newtonian framework) does not work. The author does succeed in this exercise although he could have performed even better.

All in all, this is a serious account of historical developments related to the gravitational effects in our solar system. The author has gone to great trouble to present a coherent account including the pride and prejudice of the actors involved.

Nevertheless there are a few blemishes in an otherwise excellent scholarly account. To name, one that hits you directly is the book cover with headlines appropriate in a tabloid newspaper. A more sedate and dignified version would have been more appropriate.  Also with so many historical details given by the author, it is surprising that some important details are left out. Such as, Adams and his part in the discovery of Neptune. Or, Hilbert’s contribution to Einstein’s field equations. Or when LeVerrier’s letter arrived at the Berlin Observatory, the Director was on leave celebrating his birthday. On the last count, one wonders if his presence on duty would have delayed the search for the predicted planet!

Nevertheless the author deserves congratulations for opening out an interesting chapter from the continuing book of astronomy so that lay readers may get some exciting glimpses of the cosmos.

The writer, a renowned astrophysicist, is professor emeritus at Inter University Centre for Astronomy and Astrophysics, Pune University Campus. He was Cambridge University’s Senior Wrangler in Maths in 1959.