The book of fame

Not only has Abhilash Pudukad captured the life of his muse S. Janaki in a book, he has also won many awards for it. 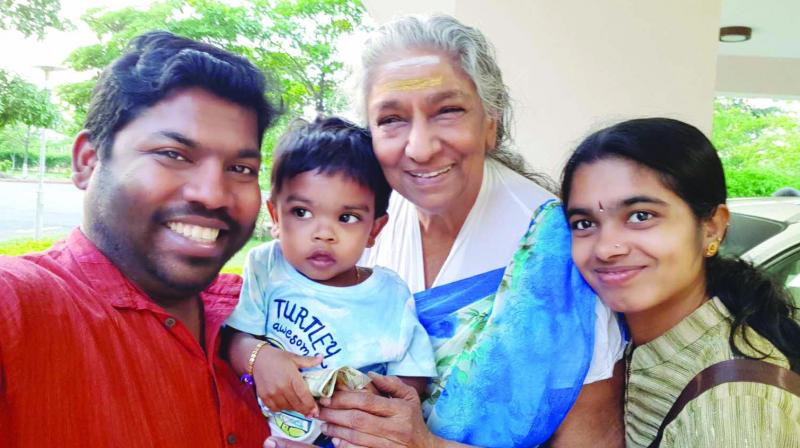 Abhilash and his family with S.Janaki

Janaki Amma — veteran singer S. Janaki — had by then become very close to Abhilash. She’d call him, call his mother back home, and talk for long minutes. One day, she asked him to note down a number. He did. She then asked him to call that number, but wouldn’t tell whom it belonged to. When he called again, she switched her phone off. So then he ended up calling this unknown number and telling the female voice at the other end, “I am calling because Janaki Amma asked me to, madam.” The voice said, “Why do you call her Amma and me madam? What is the difference between us?” Abhilash didn’t know what to say. But then she asked him, “Did you watch my new film?” “No”, he said safely from Abu Dhabi. And she said, “Mammootty has done well.” That’s when it struck him. The film was Raappakal and the lady at the other end was veteran actor Sharada. 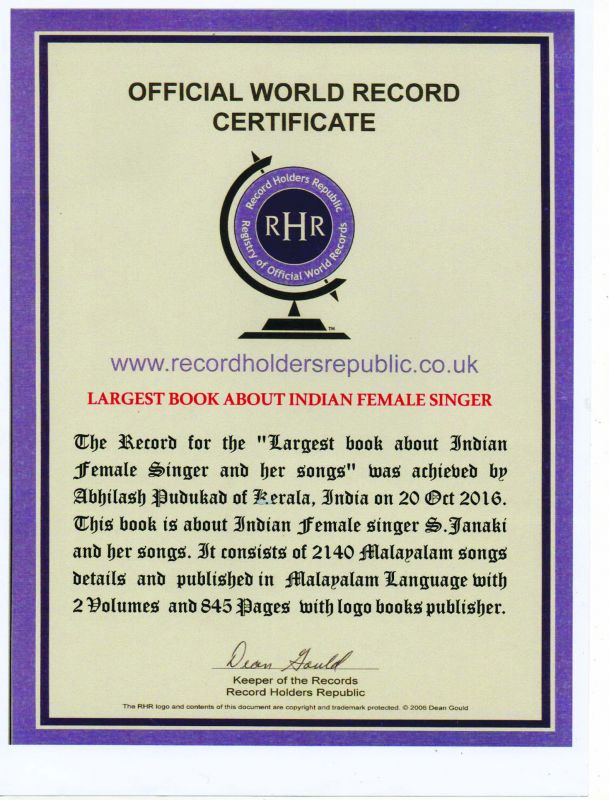 Janaki Amma would sometimes be playful like that, Abhilash Pudukad says with love. Meeting her made many dreams come true for him and his Janaki-loving family. And now, he is busy getting award after award for writing a book on her — the ‘largest book about Indian female singer and her songs’, according to Record Holders Republic, UK. It’s got two volumes, 82 chapters, with stories about 2,140 songs that she sang in Malayalam.

Stories like the time she asked lyricist P. Bhaskaran the meaning of a line in the national-award winning song Ettumanoorambalathil for Oppol. “There was a line in it — Ezharaponnana purathezhunnallumpol... — so Janaki Amma asked if ‘purathezhunnallumpol’ meant on top of the elephant or if the elephant was out on procession. Bhasakaran master ended up cutting the word ‘purathu’,” Abhilash narrates one of the stories he has put in this large book. There are many more that came from the recollections of Janaki Amma and the many composers and lyricists she had worked with. “There would be a short bio of the composer or lyricist and then the composers may say why they chose Janaki Amma’s voice for a song, then there would be details like where the song was recorded, in what raga, and her own memories of the song,” Abhilash says.

The more interesting story, however, dates back to a time when a young couple got married and settled in a small village called Pudukad in Thrissur. The man was from Edappally — a lorry driver, who’d bring back home many Tamil cassettes. The woman whiled away her time listening to the radio. Their children grew up listening to Akashvani and Tamil songs, says the oldest among them — Abhilash. “I don’t know how many times we have played Singara Velane,” he says. Everyone at school used to tease him about this obsession for Janaki songs, but when it was time for farewell, they all gifted him cassettes of her songs. He grew up, got a job with Wipro, travelled across Kerala and found more for his Janaki Amma collection — not his, his family’s. Father Ayyappan and mother Radha were just as fascinated by this dear singer. 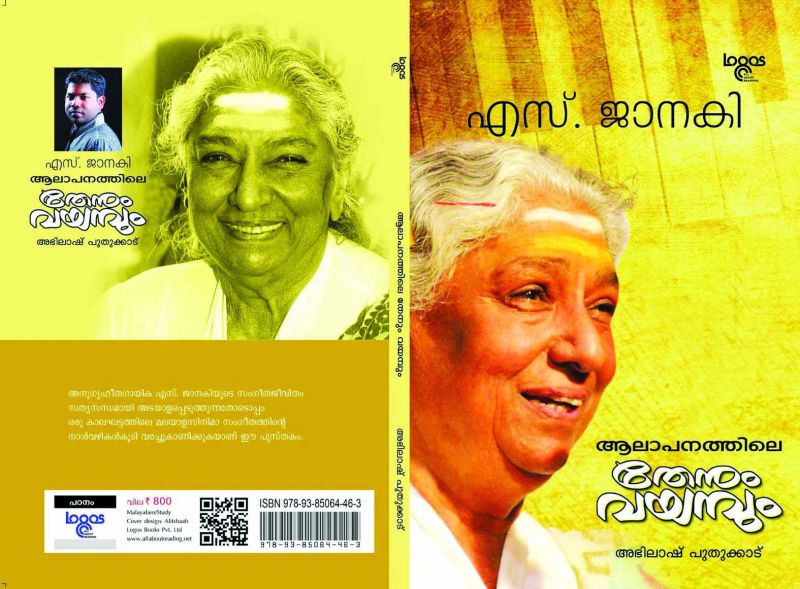 Abhilash then moved to Abu Dhabi and there, at a doctor’s place he saw Janaki Amma’s photo. “Dr Sreekumar said it was taken when she came to Abu Dhabi and that he’d call me the next time she came. It’s then that the desire to see her came to me,” Abhilash says. Another day — a Wednesday — the doctor called him and passed the phone to someone. “Njan Janaki samsarikkunnu (this is Janaki talking).” His throat went dry. He went that Friday to Sharjah to meet her for the first time, taking a friend along, promising him biryani. She brought them juice, asked him to give his phone so she could call his mother back home. The poor mother thought someone was tricking her. But then Janaki went back to India and called her again. Together they’d even talk of Abhilash’s marriage. When he did get married, she quietly came to attend it in Kozhikode, without telling him when or where she’d land.

Janaki Amma also became close to his wife Sangeetha. And for her 80th birthday this year in April, she met the newest member of the family — Abhilash’s son Athmaj. “I also got my 24th award for the book on her birthday, on April 23,” says Abhilash, who is now Dr Abhilash. The book won him a doctorate too. He is writing fiction now — a short story collection for his son (Athmajinulla Kathakal) and two novels.