Thoughts on how to raise India’s abandoned children

The new facilities have separate suites for Bibi’s married ‘daughters’ who frequently visit their adopted mother. 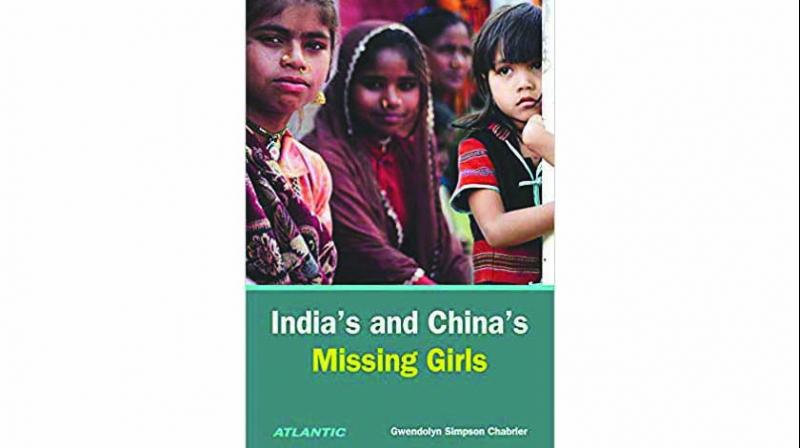 Foster care, a system practised throughout the world, is another means by which the adoption scheme is being rejuvenated. The Service Center in Mumbai was the first to place Indian children in foster care in 1971. Foster care, a pet scheme of WCD Minister Maneka Gandhi was legalised in India through the Juvenile Justice (Care and Protection) Act, 2014. Until recently, only children in orphanages have been placed for adoption. Abandoned and surrendered children, while they await an adoption home, can also be allocated to foster families. The government provides the foster family with a maximum sum of 2,500 rupees a month. However, one of the criteria on which they are selected is that they are financially comfortable and do not need to rely on the money allotted to them. There is also a provision for group foster care in which a family can provide for more than one child, but no more than two. The families are generally from the middle-, and sometimes even, lower-income bracket. They are responsible for the children’s education, health, food and general well-being. Foster care ends when the child is eighteen but can be extended to twenty-one. The time frame for fostering is almost always unknown; it can be short, medium or long term. The foster family has the first right of adoption after a five-year period and it is only if the child is adopted that he has the same legal rights as a biological child. For children it is preferable to care which has thus far proven to be deleterious both emotionally and mentally for the child.

Among the children who can benefit from the programme are those under seven years of age who have not been adopted after a minimum of one year of being declared legally free for adoption, children whose parents are mentally ill and unable to care for the child, children having one or both parents in jail, children whose parents submit a request to the government asking to surrender their child due to terminal illness and children whose families are temporarily unable to provide for them. The foster parents must be Indian citizens, both above the age of thirty-five and having an income whereby they can provide for the child. They need to be in good health and show proof of not having HIV, TB or Hepatitis B. Lastly, they must be without criminal conviction or indictment.

Since Independence, with increased urbanisation, many Indians have moved from joint families to nuclear ones. Foster care is in a way replacing the role played by extended families. Foster Care India has been the most active organisation in promoting this form of childcare. It is based in Rajasthan and has placed children with success in that area. It has also created consciousness and influenced policymaking. As of now, however, there are some more organisations that place children in foster care: Kerala has fourteen and Maharashtra has eight.

According to the Juvenile Justice Act, children who are considered to be distressed fall in one of two categories: those in conflict with the law and those who need care and protection. The act mandates childcare institutions in every district. Yet, many of these homes under the auspices of the federal and state governments and the NGOs are emblematic of abuse, especially of a sexual nature. Children, both male and female, are frequently raped, usually by staff or older boys... A great number of these institutions where sexual abuse has been reported are registered under laws, such as the Societies Registration Act, the Charitable and Religious Trusts Act, the Women and Children Institutions Act, but not under the Juvenile Justice (JJ) Act. In fact, many of the homes and orphanages are not registered at all, and thus they avoid government and police inspection. However, Maneka Gandhi appealed to state adoption bodies to ensure that all orphanages were registered under the Juvenile Justice Act, 2015, before the end of 2017. She reported that four thousand of the total nine thousand childcare institutions were still not registered under the JJ Act and were thus operating illegally. She also stated that forty thousand boys and girls were abiding in these unregistered homes. Gandhi’s constant attention to these issues will certainly pay off…

Even though India has been riddled with adoption scandals…, in some cases, fortunately, the opposite is also true; such an example is Prakash Kaur Bibi’s Unique Home for Girls in Jalandhar, Punjab. She started the children’s home when she was twenty-four in 1993. Bibi was, herself, abandoned as a child by her biological parents and grew up in another home for girls, also in Jalandhar. Her shelter lodged sixty girls within five rooms and a small courtyard. Since the beginning, she has been rescuing abandoned baby girls and even has a cradle outside her house. Most of the babies when found are in a life-and-death situation and are rushed immediately to the hospital. When the infants return to her home, Bibi and the older girls diligently nurse them back to health. Although initially it was next to impossible to even feed all the incoming children, already in 1993 local well-wishers formed the Bhai Ghanayya Ji Charitable Trust to assist in maintaining the home. The main trustee is Bibi herself. The other trustees include doctors and businessmen from the Jalandhar community. Over time, the Unique Home has become renowned and is furthermore subsidised by wealthy Punjabi and other Indians from throughout the country and even some individuals from other parts of the world. Consequently, in 2016, Bibi and her adopted family moved to a three-storey bungalow with light-filled rooms and landscaped gardens. The new facilities have separate suites for Bibi’s married ‘daughters’ who frequently visit their adopted mother.

In the home everyone wakes up at 5:30 AM, the older girls assisting the younger ones to get ready for school; the schools always among the best. At noon, the girls return for lunch and in the evening, tutors come to help with extra courses and their homework. Weekends, however, are reserved for play as well as occasional visits not only to fast food restaurants but even good ones. The girls have a collective birthday in April with a hundred-kilogram cake… During summer, they are taken to the hills outside the city. Much focus is placed upon their education. One of the ‘daughters’, for instance, is studying medicine in the UK, while another has her master’s degree in education. For those who prefer not to pursue higher education or a career and wish instead to get married and have a family, ‘Mama’ Bibi manages to find them a suitable partner. On her website Bibi appropriately discourages parents from abandoning their girls: “Don’t abandon your daughters; not everyone is lucky enough to reach the Unique Home”, and unique it is.

Excerpted with permission from Atlantic Publishers