This book comes across as a bit mild, perhaps the luxurious setting of this book does not lend a creepy effect. 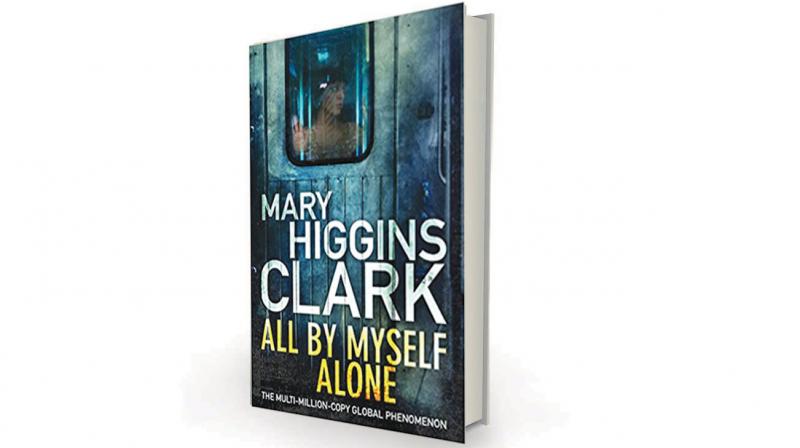 All By Myself, Alone by Mary Higgins Clark Simon & Schuster, Rs 550

I was first introduced to Mary Higgins Clark’s books by my cousin nearly 15 years back. The first book of hers that I read was Loves Music Loves to Dance. After that I devoured most of her books. Queen of suspense as she is called, Clarke has tackled so many topics — from personal ads, plastic surgery, fashion industry, witness protection programme, multiple personalities disorder — that my small mind boggles at the amount of research she does to incorporate these elements seamlessly, or I should say base her thrillers around them.

For a new reader, the number of characters she introduces can be a bit daunting. In fact, I would suggest that her books be read in a couple of sittings, because if you take time to read them like my mother did, you will lose your connection with the story and the characters.

Her latest book All By Myself, Alone is set on a luxury cruise Queen Charlotte, setting forth on its maiden round-the-world voyage from Hudson River with the rich and famous onboard. The ship has entertainment worthy of Broadway, Carnegie Hall and the Metropolitan Opera, owned by billionaire Gregory Morrison. It boasts of lectures on diverse topics from celebrity authors, former diplomats, experts on Shakespeare and a gemologist. It also has every kind of luxury imaginable. On this ship, which will give anyone serious cruise goals, you will meet the protagonist Celia Kilbride, a gemologist, who has been invited as a lecturer. Celia is under the media spotlight as her fiancé Steven Thorne has been arrested on the night of their rehearsal dinner, 24 hours before their wedding, for duping people through his hedge fund set up to sustain his lavish lifestyle.

There is 86-year-old Lady Emily Haywood famed for her wealth and philantrophy and she is accompanied by three guests: Brenda Martin, her assistant and companion of 20 years, Roger Pearson her investment manager and executor of her state and his wife Yvonne. Lady Emily has announced to the world that she would be bringing her legendary Cleopatra emerald necklace to wear it in public for the first time.

There are also a motley group of people: Prof. Henry Longworth an expert on Shakespeare, a lawyer Ted Cavanaugh who is trying to get Lady Emily to return the necklace to Egypt, a divorcee Anna DeMille looking for her Mr Right, Devon Michaelson the Interpol agent entrusted with the responsibility of protecting the necklace, Alvirah and Willy Meehan, lottery winners celebrating their 45th wedding anniversary, there is butler Raymond Broad with a penchant for pilfering and giving juicy tidbits of information to the media.

If there is a famous jewel there has to be a jewel thief: the thief on this ship calls himself , “The Man with One Thousand Faces” — a person hunted by the Interpol, he likes to taunt the Interpol by posting details about the crime he has committed. He sets the ball rolling by posting from an untraceable account that he wishes to own the famed Cleopatra necklace and that the ship is indeed magnificent.

There is a curse associated with the necklace: when Cleopatra was taken prisoner by Caesar’s adopted son and heir Octavian, she knew that he was planning to take her on his barge to Rome as his captive and had ordered that she wear the emerald necklace during the voyage. As she was about to commit suicide, Cleopatra sent for the necklace and put a curse on it “whoever takes this necklace to sea, will never reach the shore”. Sadly Cleopatra’s curse works and three days into the cruise, Lady Emily is found dead and the necklace missing.

Higgins Clark has this amazing ability of casting the arrow of suspicion on a wide range of characters. As skeletons tumble out of each and every closet, more and more people join the list of the suspects. Now Celia sets forth in search of the killer. And as the ship nears its first destination — Southampton, time is running out for her.

I love the heroines Higgins Clarks creates: strong and independent woman, with a deep sense of ethics, the man in her novels are relegated to playing a secondary role, albeit supporting the heroines from the sideline, pitching in whenever the situation demands their participation. Higgins Clark keeps her language simple and descriptions on the lighter side, which works well for the thriller genre of writing.

The events unfolding over five days give the book a decent pace, though it would have benefitted a lot with a faster pace. Luckily for the reader, there are no dull moments, as something or the other keeps happening in the pages. As I was half-way through the book, I spent a good amount of time mentally ticking off the list of characters who could be the thief. That’s what happens whenever you read a Higgins Clark’s novel. I perform the dual roles of a reader and an amateur detective. I’ve to admit that the book is unlike Higgins Clark’s earlier books which gave me the chills. This book comes across as a bit mild, perhaps the luxurious setting of this book does not lend a creepy effect. Whatever my small grouse is, the book makes for a good weekend reading.

Tags: fashion industry, book review, all by myself, alone