Now tell it to the birds...

It’s perhaps not that well known, that books on birds have a very good market in India and have a defined readership. 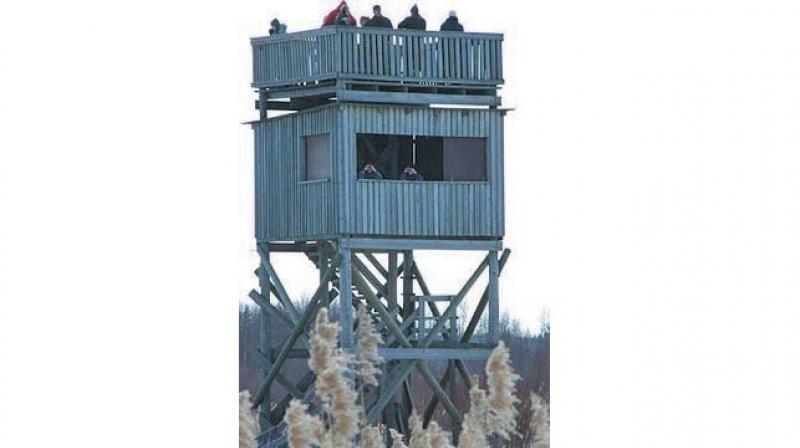 Come October/ November and the bird watching season begins. This is the time bird watchers flock to Bharatpur, Sultanpur and the Okhla Barrage in Delh’s vicinity, to watch birds and record sightings. I was reminded of this the other day, when a brown-necked barbet (the Asian barbet) came visiting and perched itself on the tree beside our home. My wife, alerted to this, was soon down with her Canon SLR only to join two neighbours avid birdwatchers armed with telephoto lenses, a foot long. One of them identified the bird.

It’s perhaps not that well known, that books on birds have a very good market in India and have a defined readership. In 1985, I was invited by Ravi Dayal, then general manager of Oxford University Press, India to his office for lunch. Now, an invitation from Ravi was not to be taken lightly but what was the occasion, I wondered? It soon transpired that the OUP had just published the renowned ornithologist Salim Ali’s The Fall of a Sparrow and Salim was visiting for lunch. On that day, the elevator at the YMCA Library building where the OUP offices were then located, made a special stop at the first floor to deposit Salim.

OUP staff never used the elevator to go to the office on the first floor and possibly never paid the maintenance charges for the elevator as part of their lease agreement.

It was a delightful lunch, though only plain office fare. Salim was full of anecdotes. He had just been nominated to the Rajya Sabha and hoped he could do something positive for the preservation of our environment and for birds. Salim left in a flurry of handshakes, again by the specially summoned elevator but not before Ravi made him acknowledge the very nice lunch!

In later years, a blow-up of Salim from the cover of The Fall of a Sparrow specially commissioned during the launch of the paperback edition, adorned the alcove behind Ravi’s secretary’s office.

Later in 1987, OUP reissued the Compact Edition of all 10 volumes of the Handbook of the Birds of India and Pakistan, though it covered the entire subcontinent.

The first edition of the Compact had been launched in 1983. Now sadly, Salim was no longer with us and Ravi too had retired from OUP. But Sidney Dillon Ripley, then Secretary-Emeritus of the Smithsonian and Salim’s collaborator on all 10 volumes came specially for the launch.

At the launch full of bonhomie and good cheer, the scientific adviser in the US embassy told Dillon that he would like to order 50 copies of the book. Now 50 copies of the Compact was no mean order those days, and OUP was elated. Dillon mentioned to us that he had been invited for dinner by the advisor the same night, and it would be nice if the 50 “good” copies could be delivered the same evening.

My colleague and friend John Mackrell agreed to select and dispatch the copies. John had trained as a cartographer in England but became an expert in design, typography and book production while working in India. Bulk stocks had just been delivered to the warehouse in OUP’s office in Daryaganj and I thought it would be a simple matter to select 50 copies. John said nothing and simply smiled.

In the event, we had to labour through more than 200 copies to select 50! John had a simple formula. The Compact had over 100 colour plates and John just pored over them.

Alarmed at his high rate of rejections, I asked him the reason. John showed me a book. I thought the plates looked fine. “Look closely”, said John and pointed out faint “brush marks” on the pages.

“These are unacceptable”. I asked him the reason for the marks and John explained.

It seems that after the sheets are printed, they are then folded and gathered by the staff at the bindery. In order to iron out any crinkles the staff lightly smoothen the pages. “But why the marks” I asked? John smiled again. He said, “The staff usually use a broomstick to brush the pages. But in some cases, the pages have not dried completely after the printing. Hence a few pages have some marks.”

I was also told that occasionally, the staff used some of the pages as a mat to have their lunch on! Mercifully, these pages were not used in the final binding!

The writer is a publishing industry veteran and a senior consultant