Books   14 Feb 2020  The story behind the N-deal: How Dr Manmohan Singh beat the odds
Books

The story behind the N-deal: How Dr Manmohan Singh beat the odds

Sonia Gandhi said she did not think the nuclear deal was an issue on which to risk an early election. 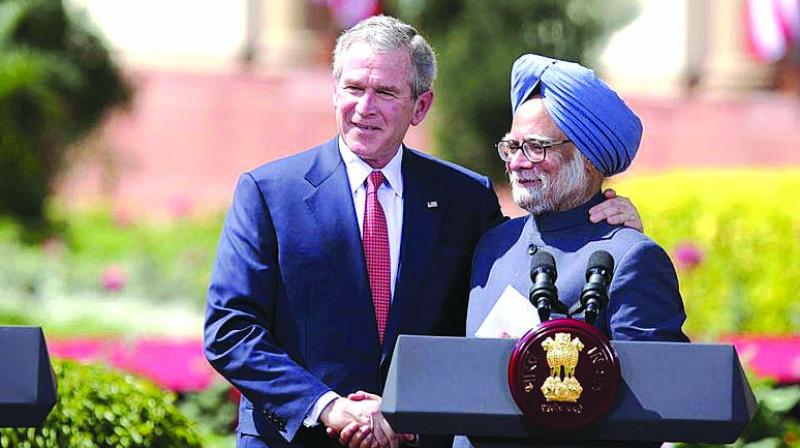 In October 2007, Sonia Gandhi asked me to come and see her. She had never done this before, so I was naturally curious. She said Prakash Karat had told her categorically that if we proceeded with the [US nuclear] deal, the Left would withdraw support. She also said the PM had told her that the Left would keep badgering the government and if we were to be pushed to the polls in any case, it was better if it happened earlier rather than later. The PM was concerned that if we had a bad monsoon next year, the economic situation could deteriorate, reducing the scope for manoeuvre, and it was best to move quickly. She also told me that he had offered to resign and let her reshuffle the leadership at the top if she wanted. She wanted me to urge the PM not to resign. He had the full weight of her support and that of the party, but neither the party nor the allies wanted an early election.

Sonia Gandhi said she did not think the nuclear deal was an issue on which to risk an early election. I agreed with her that this was not the time for the PM to force an election. In fact, I pointed out that in the course of the Hindustan Times Leadership Summit in Delhi a few weeks earlier, to an aggressive questioner who, referring to the opposition to the nuclear deal, had asked whether the deal was being abandoned. The PM himself had responded by saying we were not a ‘one-issue’ government.

I reported the conversation to the PM, including my view, and pointed out that the public did not fully understand the benefits of the nuclear deal and a much stronger effort was needed to educate public opinion. I felt we had not adequately emphasised that the waiver from the NSG, which prohibited members from engaging in nuclear trade with any country that was not a signatory of the NPT, would not just open the door for the US to collaborate with India but allow such collaboration with other countries. In effect, by helping us obtain an NSG waiver, the US would be opening many doors for us that would otherwise remain completely closed.

Meanwhile, the Left hardened its position. In August 2007, Karat said the honeymoon with the UPA may be over but the marriage can go on. By February, the Left parties said the government would have to choose between the nuclear deal and its own stability, setting a deadline of 15 March for the government to indicate its intentions.

On 25 June 2008, Sonia Gandhi again asked me to come and see her. She said she had been told by many people that the PM was thinking of resigning and it would be a disaster for the party. My response on this occasion was different from a year earlier. I had agreed then that it was premature to risk an election on this issue but now felt the situation had changed. The issues involved had been adequately explained in public and we had reached a point where the credibility of the Government would be affected if we appeared paralysed by a Left veto.

The PM stood firm and sent the draft agreement to the IAEA shortly before leaving for a G8 meeting in Japan in early July.

True to its word, the Left withdrew support on 8 July. The PM sought a vote of confidence in the House on 10 July. It was tense as both the Left and the BJP were on the same side. The opposition from the Left was not a surprise but the opposition from the BJP was mystifying. Brajesh Mishra, former principal secretary and national security advisor to PM Vajpayee, had supported the deal. The PM told me that he had also spoken to former PM Vajpayee explaining that what the government had done was the logical culmination of the efforts at rapprochement begun by him. The BJP’s opposition could only be explained by unhappiness that the Manmohan Singh government had pulled off an agreement that brought India out of the nuclear wilderness—an agreement the BJP would have loved to sign had it been in power.

Fortunately, the Samajwadi Party, led by Mulayam Singh, came to the rescue. Manmohan Singh told me later that he had asked former president A.P.J. Abdul Kalam, one of the team of scientists that had supervised the nuclear test in 1998, to speak to Mulayam and persuade him of the merits of the nuclear deal. Kalam’s support was critical in getting the Samajwadi Party to support the government on this occasion.

The IAEA agreement presented no problems. It was India-specific because we, unlike other non-weapon NPT signatories, would also have military reactors that would be completely free from IAEA scrutiny. Chairman Mohamed ElBaradei was extremely well disposed towards India and very helpful, a beneficial consequence of the excellent relationship the AEC had developed with the IAEA. 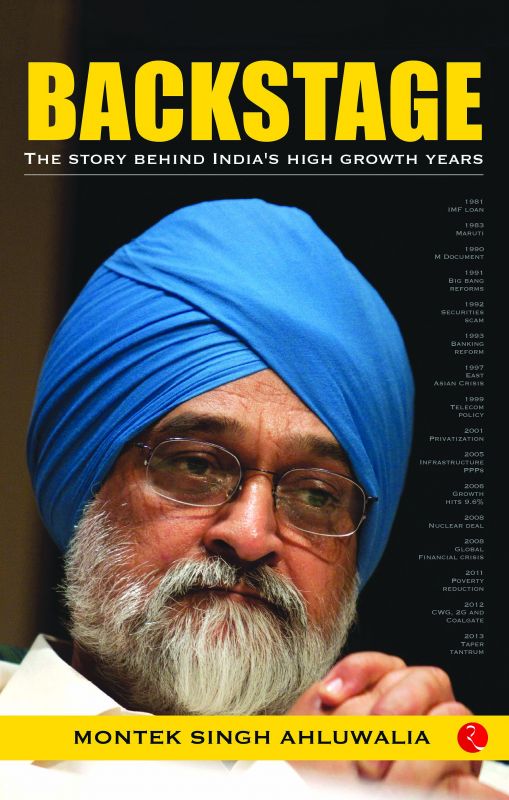 The next step was getting a waiver from the 45-member NSG, which was necessary to be able to get the US Congress to approve the 123 Agreement. A ‘clean waiver’ (without qualifying conditions) was of great value as it would allow any other country to engage in nuclear trade with India subject to its own laws.

Our diplomats fanned out to lobby individual governments extensively, but this was an area where the US played a critical role. In the first meeting of the NSG, in early September 2008, there was opposition from some smaller countries (Austria, New Zealand, Ireland). Many others were willing to support a waiver but with conditions that were unacceptable to us. The NSG agreed to meet again a few days later. By then, President Bush had personally spoken to many of the leaders, indicating his interest in the waiver and the recalcitrants came around. He also personally called President Hu Jintao of China to make the same point. China informed us at the last minute that it would not oppose the waiver and a clean waiver was granted on 6 September 2008. I have no doubt that this would not have happened without American arm-twisting.

President Bush sent the text of the 123 Agreement to the US Congress on 11 September. US Congressional rules required a notice of 120 legislative days for such a legislation to be taken up. Had these rules been insisted upon, there was no way the legislation could have passed, as there were only 40 legislative days left before the end of the session. The Bush administration managed to get the rules waived. The Indian Embassy also did its bit to marshal support. The Indian diaspora, admirably mobilised by Ronen, played an important role in lobbying Congress. The 123 Agreement was passed by the House of Representatives on September 2008 with a vote of 298 to 117 and by the Senate with a vote of 86 to 13. Senator Obama, then readying for his presidential bid, voted for the agreement but only after moving a few amendments that would have been unacceptable in India.

Excerpted from Backstage: The Story behind India’s High Growth Years with permission from the publisher, Rupa

Book Review | Crouching Elephant, Hidden Dragon: This history is not to be repeated