My father has left behind a large collection of poems which remained unpublished and my family plans to publish all his works, Satlaj said 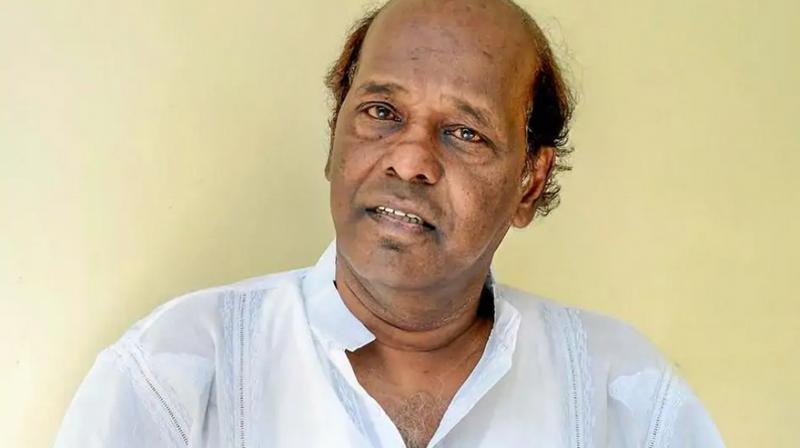 An undated photo of noted poet and lyricist Rahat Indori, who tested positive for Covid-19, dies of a heart attack in Indore. (PTI Photo)

Bhopal: Unpublished works of famed Urdu poet Rahat Indori, who passed away in Indore on August 11, may see light of the day soon.

His son Satlaj Rahat Indori who has emerged the claimant of his late father’s rich legacy by already making a mark in the world of ‘mushaira’ (an evening social gathering at which Urdu poetry is recited) is compiling the latter’s unpublished works to release them.

“My father has left behind a large collection of poems which has remained unpublished. My family has decided to release all his unpublished works in coming days as a tribute to him”, Satlaj, a ‘shayari’ (Urdu poet) himself, said on Thursday.

Eight books, compilations of poems, authored by late Indori, have been published.

His work “Naraz” was a best seller.

His other published works such as Maujood, Mere Baad, Rut, Chand Pagal Hai and Shabdanachal have also received wide acclaim by the connoisseurs of ‘shayari’.

Satlaj, who has a journalism background, has been groomed as an accomplished poet under his late father’s tutelage.

“I have been greatly influenced by my father’s writings of ‘shayaris’ as well as their presentations before the audience. Many Urdu poets try to imitate his writing and presentation styles. But, I always try to cultivate my own style, although many say my presentation of couplets at the mushairas resembles that of my father”, Satlaj said.

Satlaj has given performances at the ‘mushairas’ in the country and abroad in the past one decade.

“I feel proud that I have given performances in the presence of my father several times”, he said.

Burial of late Indori was done at Chhoti Khajrani graveyard in Indore on Tuesday night where people of all religions were present braving heavy downpours.