Books   15 Nov 2019  Is your reading carnal or spiritual, for wisdom or comfort?
Books

Is your reading carnal or spiritual, for wisdom or comfort?

The emphasis therefore should be on the ‘content’ of reading and not on its format. 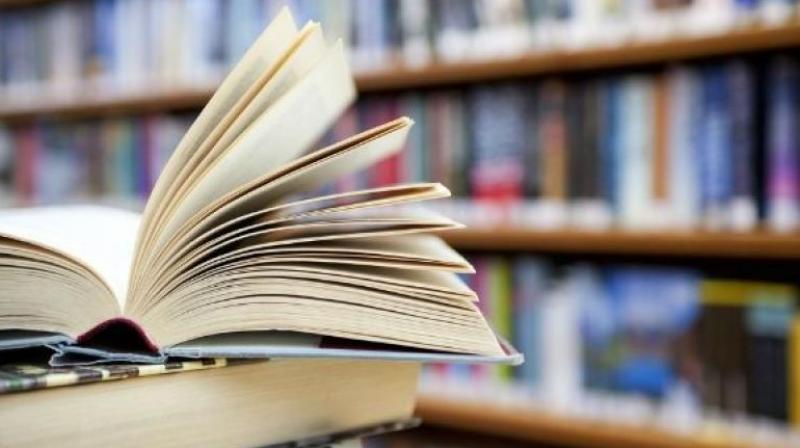 E-books had certainly existed before the Kindle and other devices for they were an alternate form of publishing and for publishers, certain genres of publishing required the e-book format and now technology became an enabler. (Photo: Facebook screengrab, Representational)

Waiting at Chennai airport recently, I was pleasantly surprised to meet my neighbour waiting for the same flight. The discovery was pleasant for two reasons. I was glad for some company for we had just learned that our flight was an hour late and he was carrying a copy of David Baldacci’s latest thriller One More Deed and it would give us a chance to discuss books and reading. I had Andrew Whitehead’s The Lives of Freda, the fascinating and extraordinary story of Freda Bedi. Over coffee, my friend lamented the noticeable lack of books among the waiting passengers. “The reading habit is disappearing among people and even more so, among the younger generation,” he said. “More people have transferred their reading on to devices like the Kindle, the i-Pad, other e-Readers and even the mobile phone,”I said. My neighbour shook his head ruefully. “Even on devices like the i-Pad or the phone, no real reading is done. They just check the headlines for any breaking news,” he said, concluding that sustained reading was fast becoming a lost art among the young.

I reflected on this during the flight. I realised that when Jeff Bezos released the first version of Amazon's Kindle at the Jacob Javits Center in New York City, it was to have far-reaching consequences. The Kindle was not merely to transfer reading from the print format to a device but it was to transform the act of reading itself. The e-book had already existed before the Kindle and what Bezos did was to create a device dedicated exclusively to reading. His idea was to make reading such a pleasurable experience from the Kindle that people would no longer go back to the printed book.

Thus, he provided wireless internet connectivity in the first version of the Kindle, so that readers could look up references from the Kindle itself. In short, reading was to be a complete experience.

Since that time, not only has the Kindle become more sophisticated and better, the market has been flooded with a range of e-Readers to tap a growing readership.

Conscious of the need to not merely match the reading experience from a print format but to surpass it, even Bill Gates hired Bill Hill in Seattle to lead Microsoft's charge to transform reading. Bill Hill was a visionary. He experimented with text and typeface, sound , graphics and visuals and even colour to make the reading experience on the electronic device so extraordinary and compelling, that one would never go back to the staid book again.  Before die-hard champions of the print book could finalise their plans to travel to Seattle to enact their version of “Kill Bill”, poor Bill Hill quietly passed away before writing his own epitaph of the print book.

E-books had certainly existed before the Kindle and other devices for they were an alternate form of publishing and for publishers, certain genres of publishing required the e-book format and now technology became an enabler. The early embracers of the e-format were multi-volume encyclopedias and reference works, journals and more recently, science, medical and professional books for a specialised community. Edited works or multi-author books in this category are only published as e-books and print copies are only available on a ‘print-on-demand’ (POD) basis. Professionals download chapters of their choice on a chargeable basis. Publishers are now increasingly treating books as “consumer products” and are prepared to publish in any format according to choice or preference. So, we have e-books very often published simultaneously with the print book based on a philosophy of “to each his own”. Consumers can now read in any format of their choice.

They can also read in any device of their choice. It need not only be on the Kindle, i-Pad and other devices but also on mobile phones and even on wristwatches. The reading devices seem to be getting smaller but the worry is, so is the attention span of the reader.

Newspaper editors now routinely tell columnists not to exceed a thousand words, partly for reasons of space but more importantly, not to lose the attention of the reader. Most publishers prescribe a certain word length not only to make costing and pricing viable but also to keep the reader interested.

The emphasis therefore should be on the ‘content’ of reading and not on its format. Print books and e-books are quite compatible and while publishers have tailored their print runs as the e-book version too is there, should demand increase, technology is always there to put in a quick reprint. To go back to Baldacci, all his books combined have a print of 130 million copies in spite of having the e-versions too.

The problem seems to lie elsewhere. The limited attention span among perhaps both young and old alike has resulted in a demand for reading in a capsule or abridged format. People want matter in a gist or just a quick summary will do. There is a great worry that sustained reading or reading over a longer period is distinctly passe. My friend at the airport moaned “we have neither the time nor the patience”. Pointing to the Baldacci, he said, “sustained reading would enable me to finish the book in about seven or eight hours time”. But it would never be and the book would take a month or two to finish. Fair enough I thought, we are not in a speed race here, for it's the engagement with the book that continues.

David Ulin in his book The Lost Art of Reading recalls his conversation with his 15-year-old son in ninth grade at the time. “Reading is over,” pronounced the boy. “None of my friends like it and nobody wants to do it anymore.” Ulin, the long-time books editor of the Los Angeles Times and the author of 10 books, was clearly shocked. “I almost asked for a towel to clean up the blood,” he said. Instead, he went to work on The Lost Art of Reading. In it, a distinction is made between the cursory or “dip into” reading and more sustained or serious reading. The former is called “carnal reading” not on its subject-matter but on its manner and the latter is called “spiritual reading”. Our effort should be to increase this, says Ulin.

I had an encounter at home recently. My son’s friend, a classmate from his school days, dropped in for dinner recently. My son told him my book was about to be published. “What’s the book about,” asked friend between mouthfuls. “It’s about books,” I said. “A book about books,” he asked incredulously. “It’s also about some iconic books people and nice book places,” I added somewhat lamely, but the damage had been done. Too late now, for it’s in press!