Asiatic Society’s 2019 Reprints: Looking back at a glorious past

The meticulous translations of Sanskrit, Persian, Urdu, Bengali, Tibetan and other works opened up India’s past to the rest of the world. 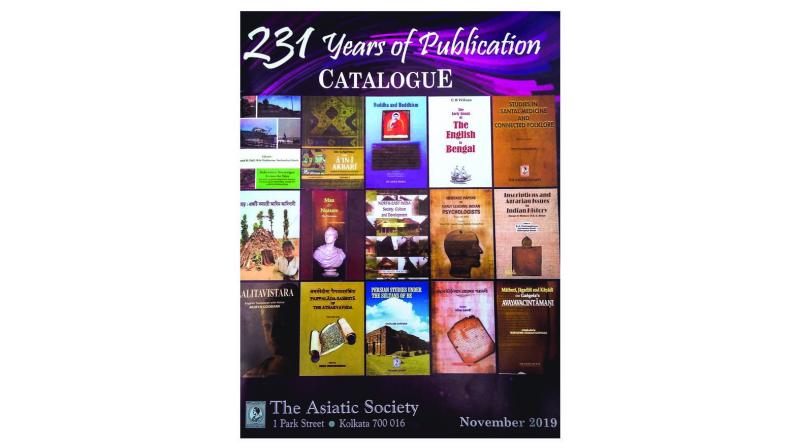 Indians are fond of mentioning their glorious past without knowing too much about it. Mythology generally is equated with historical knowledge. Curiously, this mindset was what the first Europeans encountered when they started setting up trading, and later ruling, establishments here.

The Hindus, the initial Europeans wrongly believed, belonged to an old pagan race, whose beliefs and past were nothing more than a motley collection of superstitions and folk tales. It was only with the coming of the first Orientalists, such as the famous William Jones who established the Asiatic Society in Calcutta in 1784, that the dust began to be cleared over India’s truly remarkable past, its histories, philosophies and body of forgotten scientific knowledge.

Men like William Jones who came as part of the English ruling contingent to India where men of the Enlightenment and were intensely curious about antiquities, new worlds and new discoveries. India proved to be an unparalleled treasure trove. The East India Company’s first governor-general, Warren Hastings, was himself an Enlightenment man, an associate of men like Benjamin Franklin, Joseph Priestly and others, and a great patron of literate men in Bengal.

It was the patronage of Hastings and the vision of Jones that led to the creation of the Asiatic Society. Both men sought out Indian savants, Hindus, Muslims, Buddhists and more, to learn from them about India’s past and true beliefs. These men commissioned maulanas and pundits to translate important historical, religious and juridical works into English. Among the first books to be translated was the Bhagavad Gita, the laws of the Gentoos, Muslim law and so on.

The meticulous translations of Sanskrit, Persian, Urdu, Bengali, Tibetan and other works opened up India’s past to the rest of the world. It also proved that India has heir to an astonishing, ancient and highly sophisticated culture, far from the pagan, superstitious worldview suggested by the average Hindu.

The Royal Asiatic Society of Bengal, as it was called during British times, was the single most important institution for the identification, translation, collection and annotation of Indian historical treatises. More than two centuries of hard work, patronage and perseverance has produced one of the largest repositories of ancient texts in the world consisting of over 130,000 volumes, all of which are housed within the Asiatic Society in Kolkata’s Park Street.

For many years, the society had endured neglect and a sad decline in academic interest. It is of great significance that the society is now showing signs of revival. Most notable is the new 2019 catalogue which shows evidence of several reprints and lists more than 300 classic works.

A large number of rare books long gone out of print have been reprinted after a gap of several decades. This is a great relief for scholars, book lovers and those interested in our exceedingly interesting past.

There is also a handful of new publications including “Persian Studies under the Sultans of Bengal”, by Gholam Sarwar, which contains several essays on the Persian language, administrators, Sufis and sultans in medieval Bengal.

But the catalogue’s real gems are the classical translations handed down to us over the decades by scholars long departed and usually forgotten. Many of these have been classified by the Asiatic Society under its “Bibliotheca Indica” series which is composed of oriental works translated into English.

From this collection, I picked up a strange little book called the Qanun-i-Humayuni of Khwandamir, written originally in Persian in 1535 during the reign of the Mughal emperor Humayun. This work was translated into English by the Indian scholar Baini Prashad, and printed by the society in 1940. The account provides a fascinating view of life during Humayun’s times and his strange inventions including palaces of barges of the river Yamuna, his division of his administration into those looking after jurisprudence and theological matters, military and administrative matters and, of all things, a ministry of mirth.

Among other classics written in Persian would include the Tabakat-i-Nasiri of Aby Umar Usman, the Tabaqat-i-Akbari, Ma’Asir-i-Alamgiri, Abu Fazl’s famous Ain-i-Akbari and the Ma'athir-ul-Umara. Many of these works are today available in reprints by various publishers, but the society’s catalogue reminds us how they came into common circulation.

The Ma’athir-ul-Umara, which lists the names and titles of important Mughal officials during the period 1556-1780, was originally composed in Persian by Nawab Samsam ud Daula Shah Nawaz Khan and his son Abdul Hai Khan. This voluminous work was painstakingly translated by the scholar H. Beveridge, and then later revised, annotated and completed by the redoubtable Baini Prashad in 1941.

Another classic is the Tabakat-i-Nasiri, written by the Afghan from Ghori, Minhaj-i-Siraj. This happens to be the oldest history of Muslim Bengal covering the first century and a half following the conquest of Bengal by Bhakhtiyar Uddin Khilji. It was translated into English by Henry George Raverty and published in 1864.

The men and women behind these priceless translations have largely been forgotten but need to be resurrected. For they were not just remarkable scholars of the past but also fascinating individuals in their own right. For instance, Henry George Raverty (1825-1906) came to India as an infantry officer and fought in a number of campaigns, including the ones in Punjab (1848-49) and Swat (1850). During his stay in Peshawar, he learnt Pushto and later Persian. This began a long and illustrious career in Orientalist studies. He translated over a dozen significant works into English and kept up his passion all his life after retiring to his native England.

Similarly, there is the little-known Scotsman who first translated the Ain-i-Akbari into English, signing his works under the name of H. Beveridge. He was actually a senior British administrator and later judge, Henry Beveridge (1837-1929). His major works include “The Trial of Maharaja Nanda Kumar, A Narrative of a Judicial Murder (1886)”, and he is best known for his superb translation of the Akbarnamah and Ma’athir-ul-Umara.

Baini Prashad (1894-1969) was an unlikely scholar of ancient manuscripts that he helped translate, rectify and annotate. He was primarily a zoologist more interested in the mating habits of fish and the behaviour of molluscs and the like. He was the first Indian director of the Zoological Survey of India. His fertile interests, which included knowledge of the Persian language, at some point led him to take up the job of correcting and revising the English translation of the Ma’athir-ul-Umara of Beveridge.

To peruse the catalogue of the Asiatic Society therefore is also to travel back to the time of outstanding scholars and an age of rediscovery of India’s splendid past. The new catalogue is a treasure, and one can only hopes that the Asiatic Society restores and reprints more of its many critical works.