My walking point started at the outer limit of Carnoules village, at times towards Aix, and on other days towards the lake village of Besse. 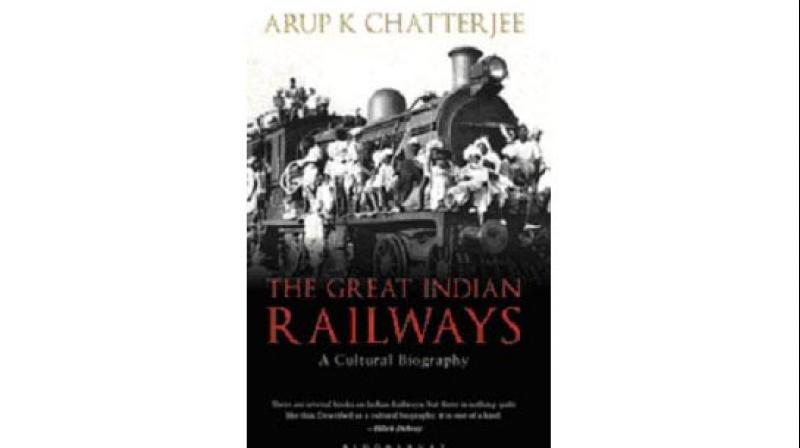 My heart is warm with the friends I make, / And better friends I’ll not be knowing, / Yet there isn’t a train I wouldn’t take, / No matter where it’s going.” — Edna St. Vincent Millay

One of my walking routes recently in the rural south of France was a disused rail-track that once connected Carnoules, Brignoles and Aix-en-Provence. A tourist train occasionally plies on this route in peak summer season, otherwise the tracks are overgrown with auburn weeds and wild flowers that glow golden and ochre in the late evening light.

The track is maintained intermittently by the military because of its strategic importance — and if it weren’t for them, the shrubbery and adjoining forestry would have completely covered the rail-lines (as it already has over many stretches) — and unless you had prior historical knowledge of their existence, you would not even know that the lines were there.

There is something otherworldly about walking on abandoned tracks, something that reminds you of your childhood reading of Enid Blyton’s Famous Five or Secret Seven or similar adventure-mystery stories of the time.

My walking point started at the outer limit of Carnoules village, at times towards Aix, and on other days towards the lake village of Besse. It was also the point where the electrification abruptly ended, as if suddenly arrested, without any apparent reason. Perhaps this was the dividing line of the axes of power during the Wars –— a sign of technological advancement stalled due to political histories or commercial needs of the time.

The track went through several twists and turns — its perspectival disappearance, its languid curvature and the relics of abandonment most interested me. As I walked on the cracked wooden sleepers, I noticed a variety of nails, rivets, bolts, fishplates and other fasteners that held the rails down. They were individually etched in robust industrial fonts with letters and numbers — RM, PM, CS, 53, 55, 58, 72 — part of a very complex and intricate analogue of railway-codes.

Many of these metal and wooden bits had come loose over time and with disuse. I collected some of these little remnants — the errant pieces stained my bare hands with a strong aroma unique only to the locomotive world. The metal possessed a fresh, pungent, engine-oil smell typical of the steam or diesel engines of the past. Even rust and time had not been able to erase this sharp scent. A few miles on, I found a disengaged, dagger-shaped splinter of a sleeper — its gnarled backbone embedded with its own stories.

For decades now, the railway-signal lights here have been permanently red, the green and amber blackened out by dirt, cobweb and lack of electrical power. The single, semaphore, outstretched paddle-arm has not moved its limb-position for years, or even witnessed the once-regular drills — a balletic, coordinated series of shunting exercises that engine and wagons engage in to keep movement fit on tracks.

What does one do with memory and objects that accompany them? Either you leave them where they are and let them slowly erode and vanish with time; or if you are nostalgic, collect the relics as talisman. So my collection includes a wooden sleeper-shard, some crooked nails, rivets and other metallurgy — and many photographic images recording the track’s length. These are the only tactile elements left to preserve the history, albeit a fractional and personal one. But at least the abandoned steel felt the touch of life again, a human hand that found it worthwhile to resurrect their narratives.

When I put my ear to the metal of the rail tracks, I can still hear the rumbling roar of a distant defunct train and the shrill tweet of the whistle of a steam engine that pulls the coach-wagons. Whether it is in my imagination or reality, it does not matter — what matters is memory itself. Tom Waits wrote, “Their memory’s like a train: you can see it getting smaller as it pulls away.”

Closer at home on a recent train journey here, coincidentally and rather appropriately, I carried Arup K Chatterjee’s The Great Indian Railways (Bloomsbury) as my reading companion. There are several books written on the Indian Railways, but The Great Indian Railways is a unique “cultural biography”.  “Following an experimental railway track at Chintadripet, in 1835, the battle for India’s first railroad was fought bitterly between John Chapman’s Great Indian Peninsular Railway and Rowland MacDonald Stephenson’s East India Railway Company, which was merged with Dwarkanauth Tagore’s Great Western of Bengal Railway. Even at the height of the Mutiny of 1857, Bahadur Shah Zafar promised Indian owned railway tracks for native merchants if Badshahi rule was restored in Delhi.

From Jules Verne to Rudyard Kipling to Mark Twain to Rabindranath Tagore to Nirad C. Chaudhuri to R.K. Narayan and Ruskin Bond-the aura of Indian trains and railway stations have enchanted many writers and poets. With iconic cinematography from The Apu Trilogy, Aradhana, Sonar Kella, Sholay, Gandhi, Dil Se, Parineeta, Barfi, Gangs of Wasseypur, and numerous others, Indian cinema has paved the way for mythical railroads in the national psyche.

The Great Indian Railways takes us on a historic adventure through many junctions of India’s hidden railway legends, for the first time in a book replete with anecdotes from imperial politics, European and Indian accounts, the battlefronts of the Indian nationalist movement, Indian cinema, songs, advertisements, and much more, in an ever-expanding cultural biography of the Great Indian Railways.”

Arup K Chatterjee has done a stellar job in documenting railway history as an expert sutradhâr, mixing both non-fiction and poetry skills with great effect. This book — containing wonderful archival photographs and generous endnotes — would simultaneously interest an academic and a researcher, as well as a lay reader and a railway enthusiast. The Great Indian Railways is extremely well researched, its stories enthusiastically told, where “journeying and journalling” coalesce elegantly in an informative and fascinating journey.