An insider navigates the power corridors

One would imagine that this would be a humdrum account of a torpid life focused on files and rule books. 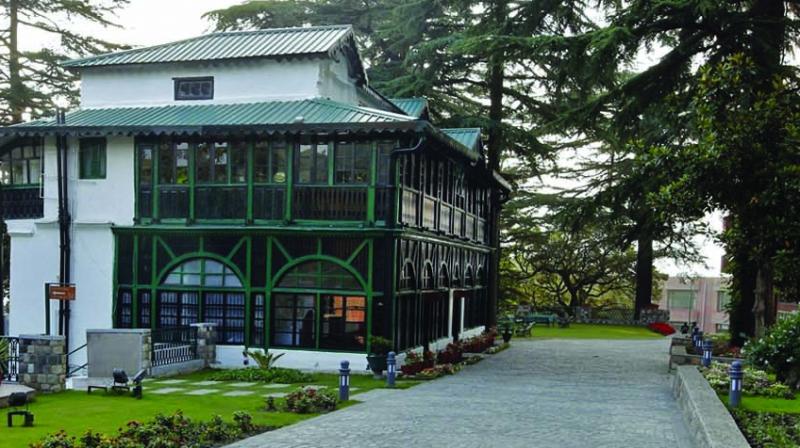 The Lal Bahadur Shastri National Academy of Administration in Mussoorie, where the author received his training.

To most Indians the lives, ways and workings of the bureaucracy are as opaque as the mysterious mechanics of the invisible almighty. So great has the gulf grown between the citizen and the administrator that often it would appear the two belong to different species. Occasionally though, the seemingly impenetrable barrier is parted and a glimpse offered into the arcane world of India’s notorious bureaucracy.

This book, Tiger Hunting Days is one such example. Written by an obviously brilliant IAS (Indian Administrative Service) officer, K. Pradeep Chandra, the book is a delightful autobiography of an Indian administrator. Delightful because it is a well written, essentially compassionate account about a bureaucrat’s life with all its challenges, pitfalls and moments of glory.

Pradeep Chandra looks back at his career spanning 34 years through a series of anecdotes beginning with his induction into the IAS, training and early postings in the districts of Andhra Pradesh to his rise as secretary in various departments and eventual retirement.

One would imagine that this would be a humdrum account of a torpid life focused on files and rule books. Fortunately, it is nothing of the sort. The author’s life from the beginning has been a series of real-life challenges involving the problems of the distressed and often of the least privileged. 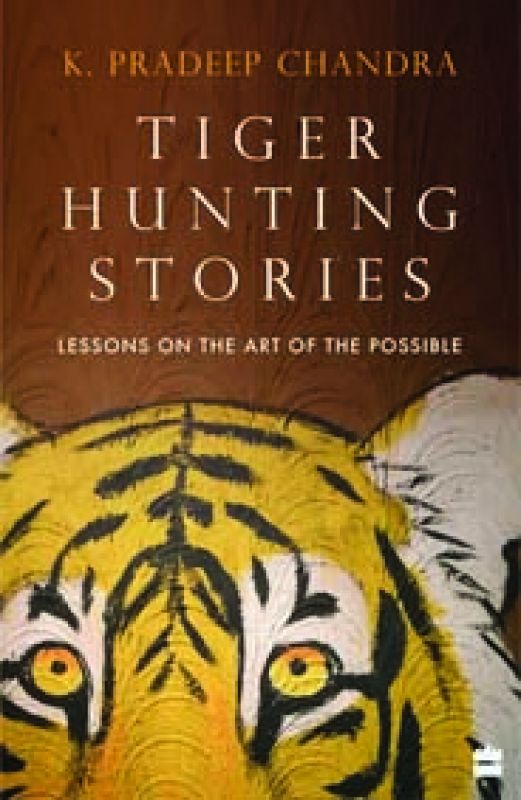 During his first stint as sub-collector of Rajahmundry in East Godavari district, the author found the challenges thrown at the district administrator were diverse, ranging from the eternal land disputes and labour problems to handling VIP visits, controlling vested interests and even dealing with a monkey menace!

Perhaps the most fascinating part of his narrative is how an administrator, the human interface of a largely anonymous government, interacts with people and how much difference he can make. In doing so he has to constantly solve problems, some as challenging as confronting a tiger. This is why when some IAS old timers boasted about their administrative exploits, one of the author’s friends would call them “tiger hunting stories”, hence the name of the book.

The author’s take on corruption in government is interesting. While he was collector of Visakhapatnam district, the author once berated the employees of the Vizag city municipal corporation, threatening them of dire consequences if any of them were found guilty of corruption.

His hard-hitting speech apparently rattled the corporation. Later, the municipal commissioner, another IAS officer Sameer Sharma, told the author that “corruption in the Indian administration context was like oil in the machine. The machine would malfunction if there was too much oil in the system or if the oil was completely removed from the machine. How true! The job of a good administrator was probably to reduce the corruption to the bare minimum, with just enough oil to run the machine. If we try to remove the oil completely, the machine may come to a grinding halt.”

The author himself would have no truck with corruption and writes about many instances when officials obstructed progress on projects unless they were taken care of and so on. He also refers to “sharks” within the IAS without fully elaborating on the subject.

In one anecdote about how the chief minister of the newly formed Telangana state, Kalvakuntla Chandrasekhar Rao or KCR as he is better known, chose key IAS officers for his administration, the author writes: “The IAS officers likely to be allotted to Telangana were always important to KCR because he felt the officers had to deliver his promises. During his initial meetings, he would keep asking Rajiv (the chief secretary) who would be allotted to Telangana. To a few names that would come up, KCR would say that these officers were sharks and would swallow up the new state of Telangana if they came. When the final allocation of officers was made, for a while KCR kept them away in insignificant posts. However, as time passed, the so-called sharks were given very important and critical positions in the government.”

Sadly, the author does not touch upon the subject of IAS sharks in any detail: who they were and how they managed to survive in the government despite the knowledge that they were “sharks”.

The author who should have been given a shot at the top administrative job of Telangana state was made chief secretary for a token tenure of just a month. His extension was not pushed through. However, he retired on December 31, 2016, a happy man.

For, when he was starting off as an IAS officer, his father had told him that if he could make a concrete difference in the lives of 100 poor people, his life would have some meaning.  “As I discovered, this was to be the hardest thing to accomplish, yet it gave true meaning to my work… Every file that comes to government has an impact on someone and in most cases that will be a poor person. As a respected IAS officer used to say, in every government FILE there is the LIFE of a poor man… These were the guiding principles that drove my actions and I think I stood by them and made a difference.”

The average Indian today, rightly or wrongly, views IAS officers as haughty, often corrupt and unresponsive. This book breaks that stereotype, suggesting that within the IAS, as in every other field in life, there are the good and the bad. A country and its people rise if the good ultimately triumph. That is the heartening lesson that emerges from this book.