The book spans the struggles of three generations of Indian women with love, loss and erosion of culture. 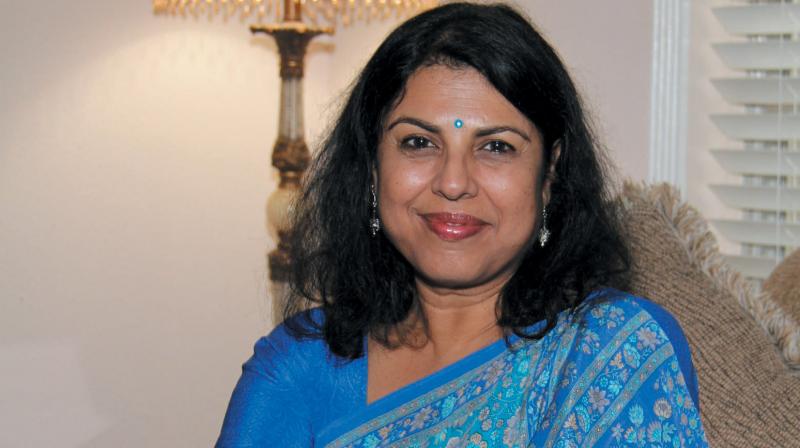 Five years after she first attended the Jaipur Literature Festival — where she met many authors and readers, and specially enjoyed meeting younger readers, mostly college students — Chitra Banerjee Divakaruni is back in India for the festival’s 10th anniversary edition. She also recently released the paperback edition of her 17th book, Before We Visit the Goddess, in Delhi.

The book spans the struggles of three generations of Indian women with love, loss and erosion of culture and traces their ultimate rise against odds. Herein, Divakaruni describes life in rural India and immigration to the US in a seamless narrative, much like her previous books that deal with themes of immigration, recreating identity and, above all, allow women protagonists the agency of choice.

The author discusses her endearing interest in the lives of the second generation of immigrants abroad and her next venture. Excerpts:

Before We Visit the Goddess traces the story of three women — grandmother, mother and daughter — and their individual struggles to come to make their lives a success. I have read the book but was unable to understand the title...
As you know in that chapter, actually, it is explicit that they are going to visit the temple of the goddess Meenakshi. But the implicit meaning is that before we visit the goddess we come in touch with our own secret selves, the goddess inside. For women the belief, my thinking process is, that when we come in touch with our own divinity, the goddess inside each one of us, then we can really live a powerful, successful and meaningful life. So each of these women (in the novel) as they are going through their life’s journey, they have to learn how to do that. Only when they learn to do that (get in touch with themselves) will they become successful and happy.

So for Tara, only at the very end she will learn to do it. Sabitri, when she opens her store and becomes creative. For each one of them that moment will come at a different time.

The Mistress of Spices, Arranged Marriage, Sister of My Heart… all your books have women protagonists and they deal with women who are born in India and then they move to a foreign land. Most of your books are rooted in India but they also address immigration and explore the children of immigrants.
So there are two things going on: I am very interested in the immigrant process, how that changes us and what it means to be an Indian immigrant in America — what is that experience.

I am also very interested in the other side of the experiences of the children of immigrants (discovering their roots) either by coming to India or like Tara will never come to India, but through her connection with grandmother she will understand.

I see there’s a contrast in your latest book — Sabitri wants to be educated and is moving forward. She is also breaking a taboo that women should not be educated (or that women should not be an entrepreneur because she is) but her granddaughter, Tara, throws her education, is moving backwards. Relationships are complicated but you untangle them, thread by thread, and achieve complete harmony. How?
(laughs) It’s tricky and difficult.

Similarly in Oleander Girl, Korobi breaks her engagement in Kolkata and goes to find her father in the US. So she breaks another taboo. This is also one of the prevalent themes in your books.
I want to show how women are breaking through these restrictions set around them. It’s not just simple, because when you break restrictions you will have other challenges and you will have other problems. Korobi, when she goes to America, is going to face a lot of problems. It’s much easier if people just stay in their own space, but moving ahead is what makes you grow also. That’s why I am interested in women pushing forward, breaking taboos and I hope that in some ways it is inspiring for readers.

Small things like how do you survive in extreme winter, how do you earn in dollars for example.
Yes, insecurity in the new place and…

Unsure about which road to take and which way to turn… Do you think we are conditioned to take ourselves too seriously?
We are, yes. Because I think, specially in Indian culture, we are protected… there’s this whole idea that the world is a dangerous place for women and we have to be careful and safe, which we should but that also puts a lot of boundaries around us.

I want to put my characters in a situation where they are at least trying to push those boundaries. Ironic, as you have put it, that the grandmother who tries very hard to get an education, while her granddaughter throws it away.

Bela elopes and comes to the US. Though she’s struggling in a new country it is also an escape. So are we all seeking an escape from status quo since nobody likes status quo?
True. Nobody likes status quo. The dream of transformation is the dream that everybody has. That is always a big thing, but different women are doing it differently. Sabitri is always looking for a solution. Even after her husband’s death she moves on and wants to setup a sweet shop. Bela’s is an escape from her mother’s influence going towards love.

Tara’s rejection. Rejecting her Indian heritage and parents’ divorce has caused lot of trouble. So there’s a lot of disillusionment. She rejects her college education, a kind of career Indian immigrant families want you to get into and she’s going to work in a thrift shop.

Later, she’s going to be a driver. It will take her a long time. But each one is moving.

Just as your protagonists are on the verge of crumbling, they are rescued by someone — a friend, a stranger. For example, in the Mistress of Spices the woman gets a new perspective with the help from Tilo. Similarly, Bela gets a new lease of life after she meets Ken, a gay friend, who asks her to take to cooking. It needn’t be love.
You are very right. Yes, it could be someone very ordinary. One we connect with on a psychological level.

What I wanted to show was that one shouldn’t be afraid of reaching out and connecting. One part of becoming successful as a woman is that we feel that we have to do it on our own, but I really feel that we cannot do it all by ourselves. As human beings, we need to connect with each other and sometimes help comes from the most unusual places. 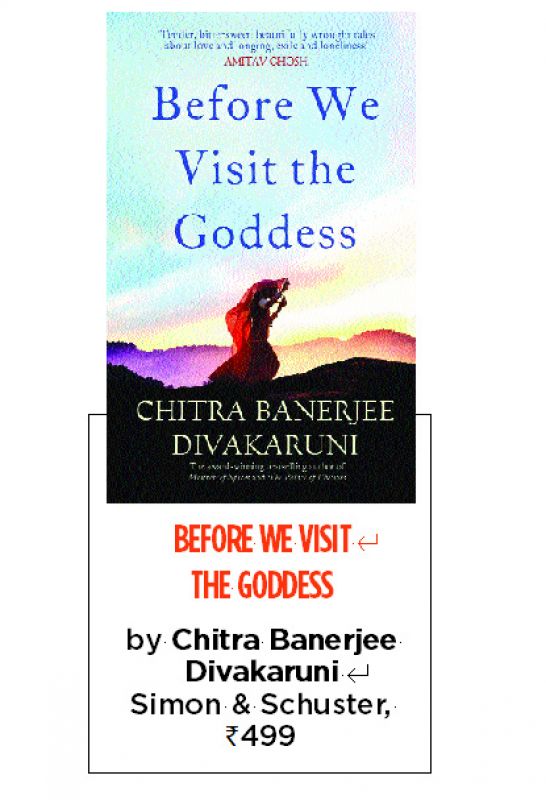 Same is the case in your book Palace of Illusions which is the story of the Mahabharata from Panchali’s perspective.
Ever since I was a little girl, I heard the stories from my grandfather who introduced me to it. When I grew up, I started reading it. It was all about men and wars. I was more interested in Draupadi who is very controversial.

I thought Palace of Illusions was different but the same thread — selfless friendship — runs through this book as well. Like Bela-Ken, Panchali finds a friend who guides her.
I am going to keep that in mind when I write my next book. That’s very smart.

So most of these characters steer the protagonist from crisis as if saying not to look back and just move ahead.
Yes, that’s very smart! There’s resolution of the crisis which comes from these characters.

The same goes for The Vine of Desire where Sudha is making a choice as her cousin is married to a man who loves Sudha.
I think it is very important for me that women should be allowed to make their choices. That I show over and over. Even if we make the wrong choice we will grow through that choice.

What’s your next project?
Next is Sita. And that will be a challenge. Just talking to you I have got a few ideas.

Women characters choose love, yet they don’t get what they want. That pain of failure is important for them to grow, to succeed. What do you think?
The idea is that tragedy often makes us grow. Each of these women are different. I just want situations where women are making a choice. And they should do so knowingly.

I came from a traditional Bengali family, I was never asked to make any choices. In fact, I was told to “please not make any choice… we will tell you how to do it.” Study, get married, have kids.

That’s when I realised that it’s so important to train girls to make choices.

So you think that’s also the case with Sita? Like we always revere her as a daughter and a pious, dutiful wife?
People have used Sita to tell women “oh you must not create trouble” and “look at how Sita put up with everything”. I want to show that she’s a more complex character than society thinks her to be.

Sita was making some great choices.

It is at once a political choice on my part and an activist choice, an aesthetic and literary choice. It is important to put women in stories and have them tell their stories. Their voice is very important.

Tags: book, chitra banerjee divakaruni, before we visit the goddess