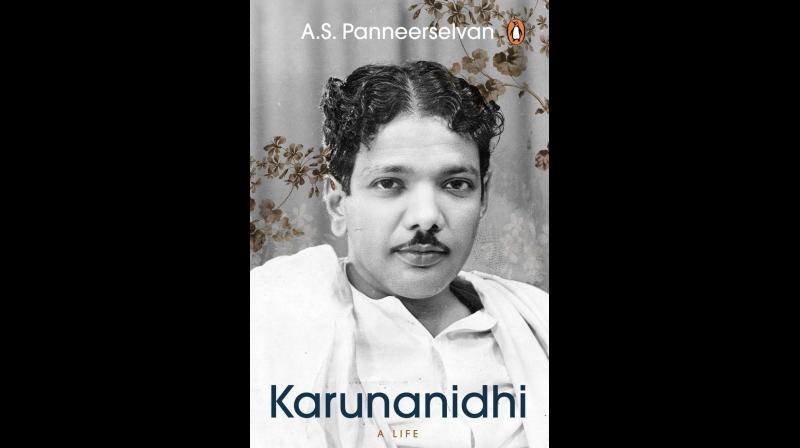 It has been rightly said of Muthuvel Karunanidhi that he has been a much understood and much misunderstood politician. That the five-time chief minister of Tamil Nadu who presided over a prominent regional party like the DMK for five decades was a political force has not gone unrecognised. Neither has his contribution to Tamil cinema and literature gone unsung. Admittedly, Karunanidhi has had his fair share of richly deserved praise.

But he has often been misrepresented. His political detractors and their friends in the fourth estate have over the years coloured him with a brush that has tried to present a distorted image. To a considerable extent they may have succeeded in the effort. Indeed, much of the media projection of Karunanidhi, particularly by the English press has been negative. It has shown him to be a narrow-minded exploiter of Tamil sentiments who often played to the gallery and did not think twice about resorting to unreasonable and maximalist positions to achieve political ends.

Journalist A.S. Panneerselvan’s Karunanidhi: A Life tries to present a more realistic and objective assessment of the DMK leader both as a politician and as a Tamil icon. The biographer, who admired his subject is undoubtedly sympathetic, but not to a fault. Instead, he has leveraged his proximity to the DMK leadership and to Karunanidhi’s inner circle to ferret and collate information and personal nuggets that does much to enliven the narrative.

His effort must not be dismissed as hagiography. Far from that it is a meticulously researched portrayal of Karunanidhi that offers a perspective unknown to those who follow Tamil politics from a distance or through the bi-focal of analysts with varied vested interests. Through the biography the author also offers a deeper insight into the Dravidian movement — where it was when Karunanidhi joined politics in 1938 and where it stood at the time of his demise in 2018.

One of the key takeaways in the book is the articulation of Karunanidhi’s position vis-a-vis the Sri Lankan Tamil issue. The simplistic generalisation in Delhi’s political circles was that the DMK was pro-LTTE and that Karunanidhi endorsed armed rebellion. This was far from true. Panneerselvan’s research reveals that all along Karunanidhi stood by a more realistic political and constitutional resolution of the Lankan Tamil question. His formula was one that envisaged a sovereign and united Lanka in which the Tamils could co-exist with land rights, self-respect, and reasonable autonomy.

Ironically, the book reveals that more than Karunanidhi it was the Indian and Sri Lankan governments that sought out the LTTE in the 1980s to bring about a negotiated settlement. It was an intrinsically flawed move since it recognised and virtually legitimised the Tamil Tigers as the sole voice of the Lankan Tamils while ignoring the other formations involved in the struggle for an independent or autonomous Eelam.

Unfortunately, the LTTE card has often been used against Karunanidhi. The Jain Commission which probed the Rajiv Gandhi assassination blamed the DMK government for its tacit support to the Tamil Tigers in the years leading up to the suicide bomb attack at Sriperumbudur. But the truth is that the LTTE had several other parties supporting it although it was the DMK that was solely targeted.
Karunanidhi: A Life is a labour of love which took two decades in the making. But beyond his research for the book, Panneerselvan also brings to the table a wealth of experience derived from reporting on Tamil Nadu and Eelam politics since the 1980s. His profession afforded him a ringside view of several events and decisions as they unfolded.

The book is an essential read for those following Tamil politics and its modern history. It would also hold immense interest for those who wish to read — to use the author’s own words — “a straightforward story of a boy born in an underprivileged family, stigmatised both by caste and his class, but who through sheer imagination, articulation, hard work and a zest for life, transformed himself into a statesman and renegotiated power for millions and secured self-respect for them”.

Panneerselvan is being modest. He fights shy of mentioning the perspectives and insights he has embellished the “straightforward” story with.