That magnificent man in his flying machines

MiG-27: “The MiG-27 was a ground attack fighter bomber with supersonic capability. It was a large and heavy aircraft as fighters go. 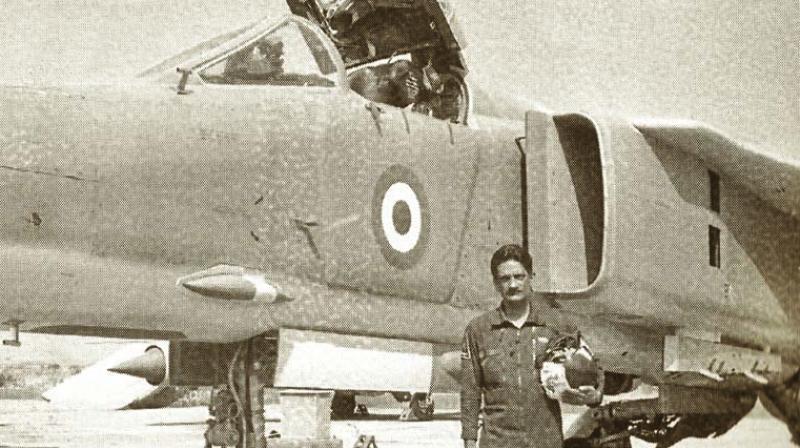 Few Indian pilots can boast of flying as many different types of aircraft as test pilot Wg Cdr P Ashoka. As an Indian Air Force (IAF) cadet in 1950, he learnt flying on an ancient Tiger Moth, a legendary biplane developed in the UK in the 1930s.

Few Indian pilots can boast of flying as many different types of aircraft as test pilot Wg Cdr P Ashoka. As an Indian Air Force (IAF) cadet in 1950, he learnt flying on an ancient Tiger Moth, a legendary biplane developed in the UK in the 1930s. Thereafter, he flew a number of fighters including the lumbering Harvard, the famous Vampires and the Gant. In 1962 he was selected to be a test pilot and life took a different turn. By the time he gave up flying, he had flown virtually every aircraft the IAF ever possessed.

This book is a remarkable story of that journey. It’s a simply written but beautifully articulated book about the author's personal experience flying various aircraft type. These descriptions provide a feel of what it might be like to fly these magnificent machines. For the average reader, the book makes exhilarating reading as it recounts experiences in the sky most of us would not have imagined. For pilots, especially those in the air force, I would imagine the book would prove invaluable.

Below are excerpts from the author’s comments on flying a variety of aircraft:

Jaguar: “The Jaguar had numerous novel features, incorporating a number of the latest technologies in aviation. Its airframe was optimised for low level strike role. …Another significant aspect of its design pertained to its engines. These jet engines, named Adour, incorporated what is known as the ‘bypass principle’. This lowers the fuel consumption and enhances the aircraft's range and endurance…In order to enable a long-range strike aircraft to attack targets relatively deep inside enemy territory with precision, it needs a good navigation and attack (Nav-attack) system. For the first time in the IAF, we had in Jaguar, an inertial Nav-attack system to fulfil this requirement effectively. 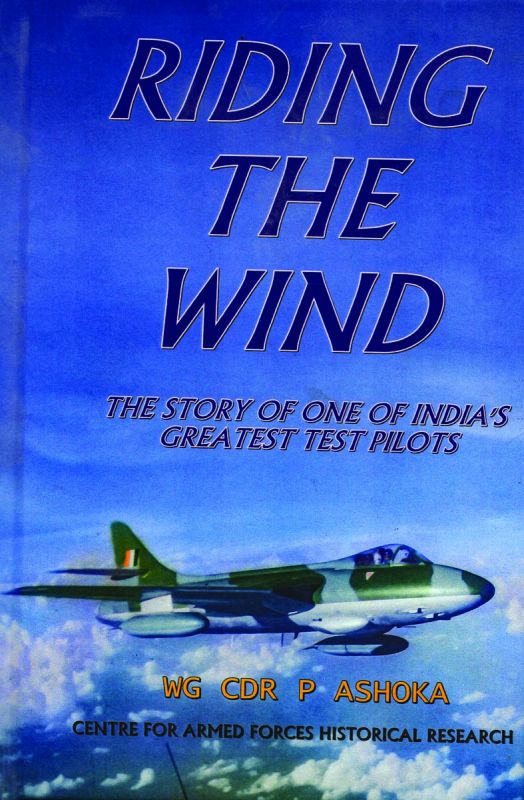 “I also found the Jaguar to be one of the most comfortable fighter aircraft I have flown. The cockpit was spacious, with excellent outside view. All cockpit controls were well designed and very smooth to operate. As the undercarriage legs were well articulated, with the wheels having low pressure tyres, and smooth foot brakes and nose wheel steer, taxiing the Jaguar gave the pilot the smoothest ride he could have on the ground. Because of this level of cushioning, it was also possible to get a truly silken landing on this aircraft.”

MiG-27: “The MiG-27 was a ground attack fighter bomber with supersonic capability. It was a large and heavy aircraft as fighters go. It had a single powerful jet engine with afterburner, a good Nav Attack system and quite a formidable weapons capability. The real novelty was, of course, its swing engines, which could be positioned anywhere from 16 degrees to 72 degrees backward sweep… The MiG-27 was quite a massive machine and not quite agile like the MiG-21. But its powerful engine enabled the pilot to attain rapid acceleration and even go supersonic. However, it was not quite suited for sustained dogfights.”

MiG-29: “The MiG-29 was a large aircraft with a maximum weight of 18 tones, and had two powerful after-burning jet engines in the fuselage, with a total thrust of 16,300 kg. The power-to-weight ratio of the aircraft was the best I had come across in a fighter, In a clean configuration, the thrust was higher than the weight. The aircraft was thus capable of demonstrating a vertical climb straight after getting airborne!

“From the very first flight, I found the aircraft very easy to handle throughout its flight envelope. Though the flight controls were only hydraulically powered and not fly-by-wire, the ease of handling was superb… The aircraft stalled in the most conventional manner, with the nose dropping down at stall, just like a low speed trainer aircraft, with an easy, comfortable recovery. Most high-performance fighters are not even permitted to carry out a full stall, as there is always a danger of getting into an uncontrollable spin. But the MiG-29 was more docile than even a Kiran MK II in the stall. It is a great tribute to its designers, and a great boon to the pilots.”

Mirage 2000: “I carried out a total of 12 flights on the Mirage 2000 within a week of my stay with the squadron — at times flying up to three flights a day. The aircraft had excellent acceleration and climb capability — a must for any good fighter aircraft. Its flight controls were just superb, and I felt totally at home from the very first flight… On one occasion, I pulled the aircraft into steep climb and throttled back the engine to idle power, to see if its intelligent flight control system recovers the aircraft without any input from me. I even took my hand off the stick. As the speed dropped to 100 knots, the aircraft started pitching down on its own to recover, and we touched a minimum speed of 55 knots in the process, a totally faultless execution of a tricky manoeuvre… At the end of the day, I had to take off my hat to the designers of the aircraft for giving the fighter pilot so much of what he loves.”

The author completed 50 years of active flying in November 2002, taking a last flight on a Hansa with his family and colleagues watching from the ground. “I flew for some 15 minutes or so, and finally came for the last low run over the crowd. As I passed the crowd and pulled up, I could not resist doing one last unauthorised roll, just to leave my signature in the sky,” he recalls. And as one puts down the book, one cannot but recognise that while the author's parting imprint in the skies was ephemeral his contribution to Indian aviation history will endure long after his leaving the field.