Note the characters are not fictional and so this book is also about cryptohistory in motion. 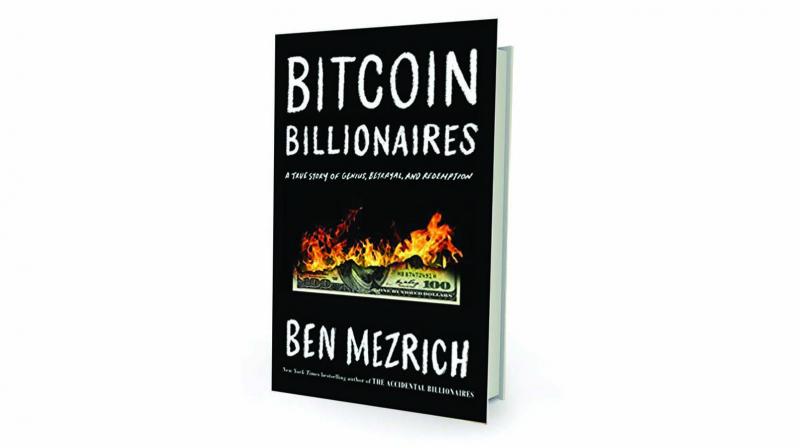 Like him, deride him, the one thing you have to admit about Ben Mezrich is that he has a yen for timing. His book is staged in three acts, around the angst between Mark Zuckerberg, and Tyler and Charles Winklevoss — the latter being mirror twins, code named Winklevii. Barely two months since the launch a new, write-worthy saga is unfolding, begging a trilogy.

Facebook is launch its own cryptocurrency — Libra — with international partners out of — where else — Switzerland. President Trump, as is his wont, rubbished the initiative and cryptocurrencies in general as valueless except to bury illicit transactions like drug running from prosecution. He went on to add — a tweet, how else? — that Libra would need a banking licence should it wish to go further. Will this stall Zuckerberg? Is the cryptocurrency a downstream cash cow for the social media giant with one third of the world as its subscribers? Or is this just a punt to upstage the Winklevii who floated the Gemini exchange for Bitcoin in 2015 and between them own one per cent of all Bitcoin mined, thereby becoming masters of the crypto universe?

But first, the historical perspective on this epic sage of billionaire versus billionaire. Ben first wrote The Accidental Billionaires in 2009, a dramatised real life event in Harvard regarding the origins of Facebook which went on to become the film, The Social Network. The Winklevii and Divya Narendra, friends at Harvard, conceived of a dating site called ConnectU — a social network limited to Harvard, with coding help from other friends, who dropped out before project completion but recommended Mark Zuckerberg, another student fill the coding gap. Zuckerberg agreed. Unlike the earlier coders, who worked for compensation in cash — the Winklevii are from a moneyed family — Zuckerberg agreed to work for sweat equity.

Months passed with reassuring messages from Zuckerberg that work was on and results around the corner. Whilst the trusting —foolish(?) — Winklevii, wait and row their way to glory, including at the prestigious Henley Royal Regatta, UK, Zuckerberg neglects ConnectU and instead works on his own social site, which he launches as TheFacebook.com in 2004 without once telling the twins, thereby beating ConnectU to launch. The aggrieved Winklevii — Divya had meanwhile gone his own way — sue Zuckerberg and get a settlement for $65 million — $20 million in cash, mostly to pay their lawyers, and the rest in Facebook equity. This leaves soured relationships but full wallets on both sides and should have been the end of things.

The Winklevii, per Ben, were never in the game for money — they already had it. They were looking to change the world, in a good way. He regrets having earlier painted as dyed-in-the-wool, establishment hustlers out to make a fast buck by trying to cash into the digital social space Zuckerberg had built around their initial thoughts. Worse, despite agreeing to a settlement they remained dissatisfied and sought to reopen the case by pleading that Facebook and Zuckerberg had purposefully withheld information, available to them, that Facebook shares were actually worth just one fourth of what they had been pitched at. Ergo more money was owed to the Winklevii. The Appeals court turned it down ruling that “…litigation has to end somewhere” and an accepted settlement was one such instance — a thought for Indian courts to dwell upon, given the alacrity with which appeals are admitted.

The Winklevii try going back to rowing to get over their hollow judicial victory — a victory where they end up losing public esteem. This doesn't work. They realise they need to win big. They try becoming Angel Investors in Silicon Valley to use their big bucks fruitfully. But such is the pervasive hold of Facebook over the start-up community — many of them employees of Facebook — that no one will touch their money — “marked” as it is — no pun intended — by the dire consequences of attracting Facebook's ire, in a “you are with us or against us” environment, which sounds much like in India.

Amidst all this, the Winklevii have a chance encounter at Pacha —  a bare skin and loud electronic dance music hangout on the island of Ibiza, Spain, with a NY broker who proposes that they invest in Bitcoin. Two properties of crypto entice them. Unlike money, crypto is digital, decentralised and not subject to any external arbitrary authority increasing or decreasing its supply. Satoshi Nakamoto — a pseudonym for a person? a collective? no one knows — wrote the Bitcoin code to limit the total amount of Bitcoin ever mined to 21 million. Consequently, early investors could not but win. Second, the code is unhackable and digital money shares the properties of gold; it is — “scarce, durable, portable, divisible, hard to counterfeit and easy to authenticate”.

Ben waves a taunt rhythm and 272 pages fly by. He writes, as if anticipating a film script and fleshes out characters brilliantly — from Charlie Shrem, the young founder of a Bitcoin purchase site, living and working out of his parents basement in Brooklyn, whose world explodes once the Winklevii buy into his enterprise and make him the face of the Bitcoin revolution, to Charlie’s libertarian, anti-government friends Roger Ver and Erik Voorfees from the Free State Project in New Hampshire and the tech venture capital crowd veering more towards the establishment. Note the characters are not fictional and so this book is also about cryptohistory in motion.

The breathless pace of the book keeps it light on the ideological debate between those of the Roger Ver cult who think of crypto as a means to free America and the world from rapacious financial intermediaries and government control and investors, like the Winklevii, who agree with President Trump that cryptocurrencies need regulation to find the middle ground. As Ben has Roger Ver say, "the middle ground is where ideas go to die". What is not going to die is Ben's future book on whether Zuckerberg has to eat humble pie with Libra or whether he beats the twins hollow one more time.