This book started out with promise, if only because of the dysfunctional family Srilaa grew up in 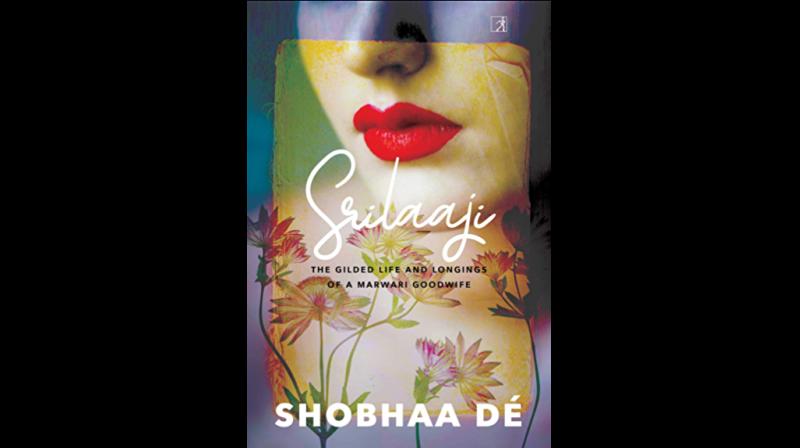 Cover page of 'Srilaaji: The Gilded Life and Longings of a Marwari Goodwife'.

Born into a wealthy Marwari family in Kolkata, Srilaa has everything a girl could ask for, apart from love and attention from her parents. Her father is far too immersed in work to be anything but vaguely interested in her — she has to make do with the occasional pat on the head. Her beautiful mother is very sweet but very distant — she’s a mystery that is never properly explained. She avoids her daughter and backs away nervously when Srilaa wants to talk to her. Besides, she spends most of her waking hours away from home doing “some charity work”.

Srilaa often wonders why the house-help refers to her mother as “Madamji” rather than “Bhabiji”, the traditional Marwari title for a housewife. The actual “Bhabiji” at home is her bua who keeps traditional Marwari customs alive and the large domestic staff in shape. It is left to her bua and a maid to actually bring Srilaa up, and between the two of them they don’t exactly do a fantastic job.

Perhaps it’s because of this affection-less upbringing that Srilaa falls back on fantasies — sexual fantasies, to be precise. Or perhaps she just has a healthy sexual appetite. When we first meet her, she’s fantasising over a painting in her bedroom—an English duke astride his horse. An assault by her cousin’s boyfriend is her very first sexual experience—she enjoys it so much, she wants to tell everyone she meets about it, including her fiancé.

Marriage and children don’t dampen Srila’s enthusiasm for sex. Fortunately, her husband is as understanding as a good friend would be, and they have what would be called an “open marriage”.

We get brief respites when De shifts her focus to the subtitle of the book: “The gilded life and longings of a Marwari goodwife.” The occasional glimpses of life in a Marwari joint family are interesting. The Maharaj (cook) has pride of place in their kitchens, and Marwari women have no qualms about luring really good ones from friends. Being associated with charities is seen as a great asset: the women look saintly, and all that goodwill rubs off on the family business as well. De is beautifully tongue-in-cheek about this obsession with charity, as Srilaa cynically tries her hand at it too.

Srilaa discovers her most precious Marwari genes along the way: Business acumen. Every venture she tries her hand at flourishes, till she gets distracted by yet another man.

This book started out with promise, if only because of the dysfunctional family Srilaa grew up in. However, don’t expect the Tolstoy maxim to kick in here: “Happy families are all alike; every unhappy family is unhappy in its own way.” Srilaa’s childhood doesn’t appear to have cast any shadow on her future. All she’s interested in is sex, and nothing else matters. Her breasts are the only things that developed in the book, and while they may be stunningly globular, she is completely flat—just like all the other characters.

Srilaaji: The Gilded Life and Longings of a Marwari Goodwife