A unique book on Indira

Indira by Devapriya Roy and Priya Kuriyan is an intriguing work on the life of Indira Gandhi. 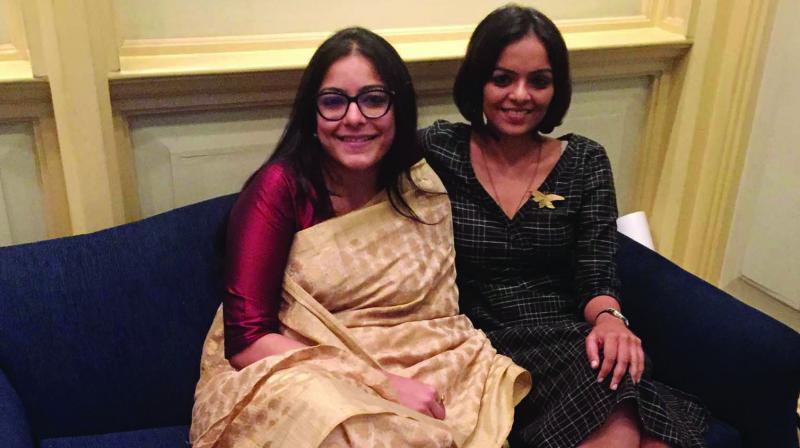 It is quite possible that book lovers would at times secretly allow themselves to be charmed by beautiful covers — a certain drawing or a dull colour of the background, a building or bridge or even the font of a title. Indira would fit that bill — it has a drawing of Indira Gandhi as a child on the cover, against a lighter background. The only bright colour is on her hair bow. And the red font on the authors — Devapriya Roy and Priya Kuriyan.

Devapriya wrote and Priya illustrated a book on the only woman Prime Minister India has had. It was Karthika’s idea, they both say. Karthika, editor at Westland Publications, put the two of them together. Devapriya calls it a kind of arranged marriage and Priya says it worked for they didn’t end up killing each other. They laugh. Priya, who shuttles between Bengaluru and Kochi, would travel to Delhi where Devapriya is. Together they would go to the places where Indira had spent her life — Parliament in Delhi, the Swaraj Bhavan and Anand Bhavan in Allahabad, where Indira grew up.

“There are two elements in the book — one is the biography which is entirely graphical, the other is a fictional story about a young girl called Indira Thapa, her teacher Reema Das and an artist Priyadarshini (or Piya), who is creating this graphic biography,” says Devapriya, much-loved author of The Vague Woman’s Handbook and The Weight Loss Club, two humorous quirky novels. But Priya was full of doubts to begin with. What she knew about Indira Gandhi was very basic. But then Devapriya suggested a few books to read and she realised there was more to Mrs Gandhi than what was told to us. “I thought she was very cool. She had a very difficult childhood. The way she dealt with powerful men like Richard Nixon, led an army to war in 1971… those were the high points in her career. Somewhere you feel, ‘Oh god I wish she hadn’t done the Emergency’. I wish that blot wasn’t there,” the illustrator says.

She found the Emergency the most challenging to depict as an illustrator. “There were people who thought it was good and others who didn’t. We wanted to put both points of view in the book. So we brought in these characters who would just discuss the Emergency. It is up to the reader to choose which team to go for. But then the mood is entirely dark in terms of the visuals, so it is pretty evident what we (as authors) think of the Emergency,” Priya adds. 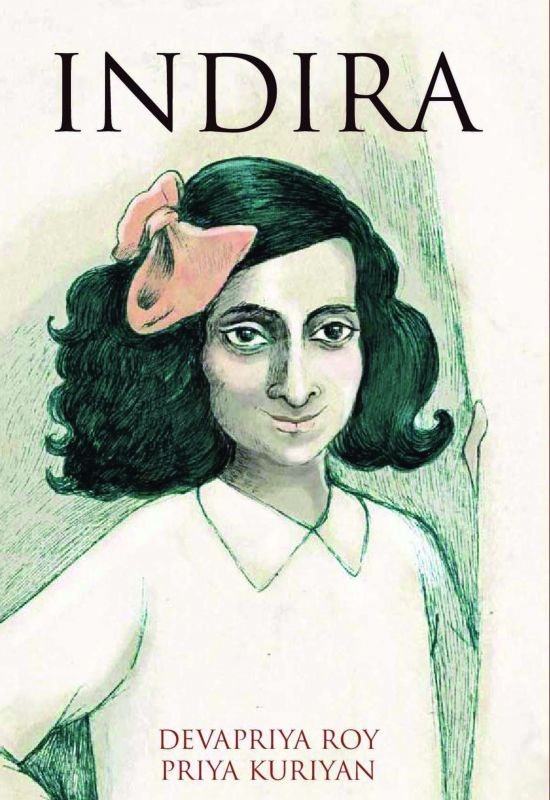 Devapriya’s favourite part was Indira Gandhi’s meeting with Nixon. That comes in the Bangladesh chapter. She was also surprised by certain characteristics of the late Prime Minister. “I really admire her eye for detail. She would look at menus and seating arrangements and the rooms in which foreign dignitaries were to be put up. When Zulfiqar Ali Bhutto and Benazir came in 1972 for the Shimla Summit, she inspected their rooms herself. She was very annoyed to find some of her own photographs hung on the wall,” the writer says.

They got the maximum help from Priyanka Gandhi, Indira’s grandchild, who was 12 at the time of her death. “She was very generous and told us stories that have not appeared anywhere. Indira Gandhi’s assassination day is, in fact, written from the perspective of the grandchildren,” she says. It is a lovely ending that the two authors chose for the book, even as they show moments before the assassination of 1984, without adding the gory details but slipping onto a more nostalgic moment just as the grandchild remembers it.

If you count Priyanka too, there are quite a few Priyas in the book. The two authors, the central characters, and the grandchild. “Piya — the artist in the book — Devapriya made her a combination of her characters and mine. It is the prose which makes the book what it is. The artist in the book is writing a book about Indira Gandhi and we are looking at what she creates,” Priya says.

Indira Thapa, the child from the fictional part, is also looking. She becomes an endearing addition to a serious biography, meant for a young adult audience. But they don’t avoid any part or treat anything lightly because of that. “Proper biographies are out there. They weren’t just accessible to children. We didn’t try to cover it up or withhold any information. I didn’t show her dying. But children get it. And there is something about not telling,” Priya says.