Justice Kochchar was a visibly distressed man when he signed the black warrants for the two brothers — Kartar and Ujagar Singh. 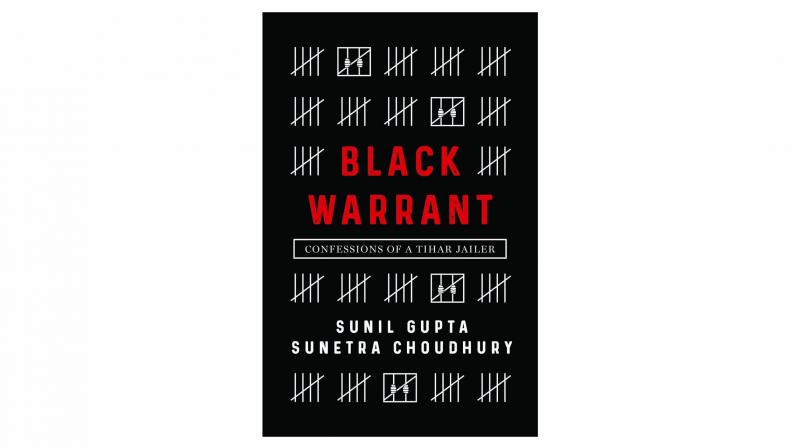 Billa and Ranga in 1982, Maqbool Butt in 1984, Kartar and Ujagar Singh in 1985, Satwant and Kehar Singh in 1989, and finally, Afzal Guru in 2013. This is the roll call of the hanged men that provide the most morbid highlights of my career, ensuring that they and I will always be inextricably linked. If I reflect upon these cases one by one, I can see evolving trends or patterns that are very recognisable in our society today. The sadistic duo of Billa and Ranga forever robbed Delhi of the innocent belief that young women and children could move freely without fear on its streets. Butt, the separatist anti-national, terrified the State so much that they removed all traces of him, even his last words. In the case of Kartar and Ujagar Singh, it showed how our justice system favoured the rich and powerful. All of these cases became leitmotifs for crime and punishment in India.

Justice Kochchar was a visibly distressed man when he signed the black warrants for the two brothers — Kartar and Ujagar Singh. I was the one who had to collect the warrant from him and it was apparent that he had misgivings. The two men were very poor, so poor that they could not even afford decent counsel. The two had been hired by Dr. Narendra Singh Jain (who was the personal eye surgeon to the then president, Dr V.V. Giri) for only `500 to murder his wife, Vidya. The murder was planned by Dr. Jain and his co-conspirator Chandresh Sharma, who was his secretary as well as lover. The two had worked together but their affair had been discovered by Vidya who had then got Chandresh fired. Dr Jain with his paramour then made an elaborate plan to get rid of Vidya.

On 4 December, 1973, as Dr Jain and Vidya were leaving their home in posh Defence Colony in south Delhi, Chandresh, who was waiting nearby, signalled to the two hitmen to attack Vidya. While Kartar pinned her down, Ujagar used a knife to stab her 14 times, killing her almost instantly. The entire plot was soon unravelled by the prosecution because there were so many holes in the case. There was no apparent motive for the attack on Vidya. Why did Dr Jain not raise an alarm when the killers attacked his wife? Why was he spared?

The details of this case shocked us all but what was particularly strange is that the trial court's life sentence for all the accused was amended by the high court, which gave the death sentence only to the hitmen and spared Chandresh and Dr Jain, who were sentenced to life imprisonment instead.

It was apparent that Kartar and Ujagar, who spent their time peacefully in jail, doing mundane work such as carpentry, knew why they had met their fate while the others had got away. In their late fifties, they told me, “If we had a good lawyer representing us, this wouldn't have happened.” The Delhi High Court ruled that the crime of the conspirators, Jain and Chandresh, was “at a lower plane” than the hitmen and enhanced their punishment “to be hanged by the neck till they are dead”. So Kartar and Ujagar were hanged to death on 9 October, 1983, while the two lovers who had planned it all, were spared. In fact, two years after the hanging, on 22 July 1985, the Delhi High Court accepted Dr. Jain and his lover’s application that they had been punished enough by spending 16 years in jail.

While Dr Jain had exemplary conduct on his side, Chandresh had attacked a woman matron in jail so the same could not be said about her. Nevertheless, their lawyers were able to get them off and they were set free.

Not all plotters have it so easy though. The next men to be hung in Tihar were the killer and the “plotter” of a brutal political assassination. Another man was almost hanged at the same time. His crime? He was a Sikh police officer who took a lot of days off work, arousing suspicion. Fortunately for him, high-profile lawyers like Ram Jethmalani and P.N. Lekhi took an interest in his case.

On 31 October 1984, Prime Minister Indira Gandhi left her home on Safdarjung Road in the Capital to walk a few steps to her home-cum-office in an attached bungalow on Akbar Road. An Irish television crew along with the actor and writer Peter Ustinov was waiting to interview her. It would have been a very newsy interview because in the summer gone by, Mrs Gandhi had conducted a controversial operation to eliminate Sikh militants led by a radical sect leader Jarnail Singh Bhindranwale, who was rallying for a separate state of Khalistan.

Codenamed Operation Bluestar, the mission which was to flush out armed militants from inside the Golden Temple was very controversial because it meant that the army had to enter the Sikhs’ holiest shrine to flush out militants who were hiding inside there. It was Prime Minister Indira Gandhi who had ordered the army to go in.

The case files say that Constable Satwant Singh and Sub-Inspector Beant Singh were on the prime minister’s protection duty on 31 October. Sub-inspector Balbir Singh was also rostered but came on his shift much later at 3 pm… In fact, Satwant Singh is said to have told colleagues that he needed to be posted there because it had a toilet nearby and he was suffering from a bout of diarrhoea.

Excerpted with permission from the publishers, Roli Books, from Black Warrant