Book excerpt | Walking through the Indo-Malaysian rainforests infested by humans

Deben knew there was a strange trust between them, and he was secretly pleased when the villagers teased him about his elephant 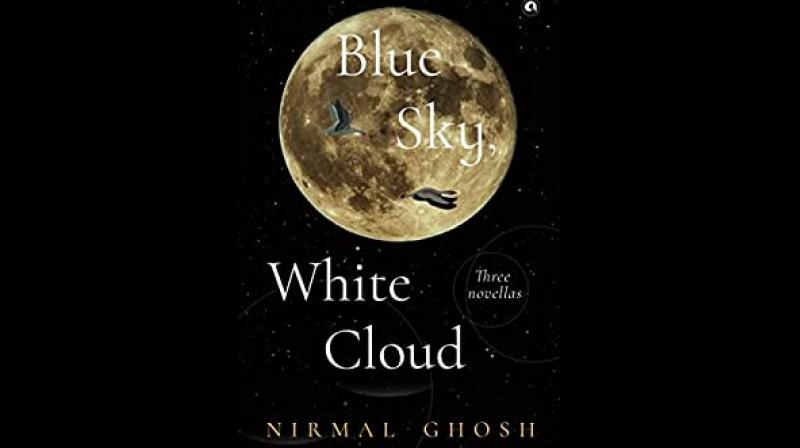 It rained all night and by morning, the herd of elephants, now ten, moved out of the jungle in ankle-deep water. The calf’s mother led the group; the big tusker kept his distance and seemed indifferent. The little elephant was to get used to the aloofness of the big males soon enough, and to rely on the leadership of the dominant female. In this case, the cows had all silently accepted his mother’s authority and she was now heading for the line of blue-green hills on the horizon.

It was dark by the time they reached the first slopes. Here, the grassland gave way to tangled foliage and something he had never seen before—bamboo. The giant stands were cool and inviting, and the elephants immediately began stripping the younger stalks. He chewed on them as well, his trunk folded out of the way, and found them tasty. This was some of the first vegetable matter he had eaten, having largely fed so far on his mother’s milk.

The night was pleasant among the bamboo stands. The jungle was silent and the ground dry: it was not raining here, for the hills had deflected the wind and rainclouds back into the valley where they poured rain over the grassland.

In the morning, the elephant herd climbed further up the hillside. He was vaguely conscious of the big tusker’s presence near them, but never heard or saw him.

After steadily walking uphill for some time, they topped a rise and stood on a patch of short grass. He turned and gazed back on the grassland from this vantage point, trying to take in the expanse of wilderness below them. The early afternoon sun was glinting off the Brahmaputra in the distance, and the sight gave him a feeling of space and security. For the first time, he felt the security of being an elephant, of being with other elephants, knowing that they were unchallenged in the jungle and the whole vastness of this wilderness.

By morning, the herd had gone. The young tusker did not feel any regret — it was in the nature of things, and there was nothing much to think about. If he hadn’t left the herd he would soon have clashed with other tuskers and could have been hurt and ousted forcibly. Even the females might have driven him out. With the big, dark makna in attendance, he wouldn’t have stood a chance in this herd for years.

He instinctively felt a strange faith in the old tusker. From this day, he would be the old one’s apprentice: his follower, his student, his senses, and, eventually, his protector.

They climbed onto the foothills as the floods rose, and roamed together throughout winter, occasionally seeing and hearing other elephants but ignoring them. One day, when they had returned to the plains and grassland, the young tusker, now feeling his strength to the full, saw a man appear at the edge of the forest, walking very slowly towards him. Initial panic gave way to defiance, and he held his ground and stared at the figure.

The young man stopped, and they looked at each other. Then a peculiar thing happened. For no particular reason, the elephant suddenly felt a strange familiarity with this man.

For him the precise connection was not clear. But he had, of course, met this human before—that night of the storm, when he had broken free from the ropes in the elephant camp and seen the little child in the rain, a figure who had been as afraid as he was that night of the big storm that had churned down the river valley.

After a while, the human walked away. The elephant saw him a few more times in the months that followed. Even though he came quite close on a couple of occasions, the elephant never felt threatened.

But besides these encounters, he never saw another human.

It had been some years since Deben had seen his elephant, as the villagers called it. Guessing that the bull would have wandered away to the east, he waited patiently for months and months, going about his work as usual. The villagers said the elephant would never come back — something must have happened to him.

Deben had a strange affinity for the bull. He wondered often what the elephant was up to. The memory of it as a calf breaking free during the storm had remained freshly etched in his brain. Since then, he had kept track of the elephant through the talk of the catchers, who would say Deben’s elephant had taken to the hills, had fought with a tiger, or Deben’s tusker had broken away from his herd and was now with an old bull.

Deben knew there was a strange trust between them, and he was secretly pleased when the villagers teased him about his elephant.

He learnt all he could about elephants from the elephant catchers, normally silent men who, with rice beer in their bellies, warm around the fire on cold nights, grew garrulous. Masters of their craft, they taught him how to crawl up on elephants using the wind and elephant dung to mask his presence. He learnt to recognise individual elephants from any odd marks on their bodies, the angle of their tusks, the length of their trunks, the patterns of their tattered ears, and their personalities.

And when he was old enough Deben had gone into the jungle, first with older men and then alone, and had actually seen the bull, and followed him about for days. The bull had also seen him, he knew it, and there were several occasions when the elephant could have trampled him in seconds, but never did.