Book review: The chronicler of misfits and rejects

You should read Arundhati Roy even if you hate her. She is The Chronicler Of Misfits And Rejects. 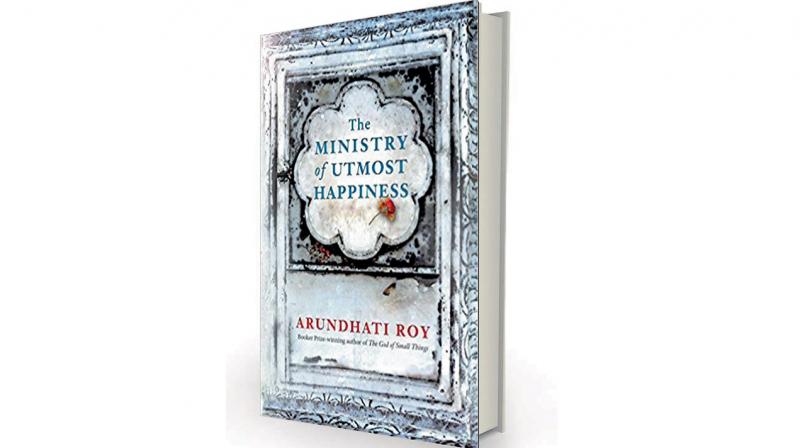 This book is about strugglers. I had to struggle too, with the idea of reviewing it. I have no idea why they asked me to. I have never read The God of Small Things, even though everyone said it was wonderful. I was trying to write something myself at the time. I was genuinely scared that I would be paralysed by its brilliance. As a result, I don’t really know much about Arundhati Roy, except that everybody seems to hate her, and her hair is exceptional.

In case you like watching people choke on their cocktails, all you have to do is creep up behind someone at a party and whisper “Arundhati Roy” in their ear. Your success rate should be around 90 per cent.

Other than that, I know she’s a fighter. She fights for a variety of causes, and none of them seem terribly popular. You might wonder why she does this. One explanation, which is offered frequently, is that she’s the bitch queen from hell who wants to destroy the country. But there are other possible explanations.

My old friend Surjit Bhalla once got into a long fight with her in a magazine over dams. They both seemed to enjoy it. It was fun to follow. Surjit was entirely mathematical while Ms Roy was entirely emotional. It was like watching Mr Spock wrestle Bianca Castafiore. So I approached this book with caution. This is how it starts.

“At magic hour, when the sun has gone but the light has not, armies of flying foxes unhinge themselves from the Banyan trees in the old graveyard and drift across the city like smoke.”

The first sentence is always crucial. I gathered from this that there would be a lot of description, and the language would be lovely. I like language. I read on happily. By the end of the first page, I had learnt that my fondness for nutty buddy ice cream had led to the death of graveyard vultures, via a cow medicine known as Diclofenac. Their deaths are described precisely. It’s an excellent first page. Stand in a bookshop and read it. There’s a good chance you will buy the book.

The first 100 pages will confirm that your decision was right, as we trace the life of Anjum, from her birth in a middle-class Old Delhi home to early retirement in a graveyard. She rises to fame, raises a child and makes many friends on the way. The cast of characters is rich, and sketched with much affection, even the small ones, like Roshan Lal, headwaiter of the Rosebud Rest-O-Bar, and Begum Zeenat Kausar, who “stirred the same pot every day for 30 years and smelled of korma the way other women smell of ittar and perfume”.

My personal favourite is Mr Azad Bhartiya, the eternal protester, who has been fasting for 20 years by eating only one light meal every 48 to 58 hours. Anjum’s eventual retirement is triggered by a terrible experience in Gujarat. A former Gujarat chief minister is referred to disrespectfully. This is the point at which many readers may choose to disengage. I knew it, they will say, she’s an anti-national Porkistani s***! This may well be true, but she’s also a fine writer, with a story to tell. You could skim quickly over these bits and keep going.

Of course, the rest of the book is mostly about Kashmir, so this may not be a clean win. The saga of Anjum is rich, dense and colourful. But this is just the prelude, to the life and times of Tilo, a free-spirited girl who is loved by a government officer, a journalist and a Kashmiri separatist. Naturally she chooses the Kashmiri separatist, while the others continue to pine for her, pathetically, well into middle age. Anjum is a problem as you begin reading this part. The memories of her are so vivid that they take time to fade away, and this new bunch seems rather pale in comparison. But they grow on you, specially Tilo.

The government servant, Biplab the Bengali, is one of the narrators. This is the author trying to be fair to the other side, but her heart is never really in it, and he comes off as a gigantic ass. Tilo herself is more interesting, although I could never figure out why all three of them were so madly in love with her. I guess you had to be in the room.

But all this is carping. This could well be the first great English novel about Kashmir. What this book does is give you a clear sense of what Kashmir has been like for the last 20 years, and I, for one, would not want to live there. We might not agree with the characters, or even the author. Ms Roy is not here to be impartial. The establishment figures are cartoon villains. One of them actually drowns a kitten. But this book evokes Kashmir like nothing else I have read. There have been several fine non-fiction books, but it’s only through the whispered intimacies of a novel that you can really sense the truth.

It ends sadly, back in Old Delhi, where the strugglers and loose ends get together again. Or was it a happy ending? You should judge for yourself. You should read her, even if you hate her. She is The Chronicler Of Misfits And Rejects. There are times when she can be shrill. But that’s because we’re not listening. The act of writing is an act of war for her. Her blood is in the game. Just the shadow of her first novel made me scared to write. Her second has inspired me to try once more.

Shovon Chowdhury’s last novel, Murder With Bengali Characteristics, is set in a Bengal occupied by China