It impresses you with its authentic style and immediacy of the narrative, or realistic but flawed characters that stay with you. 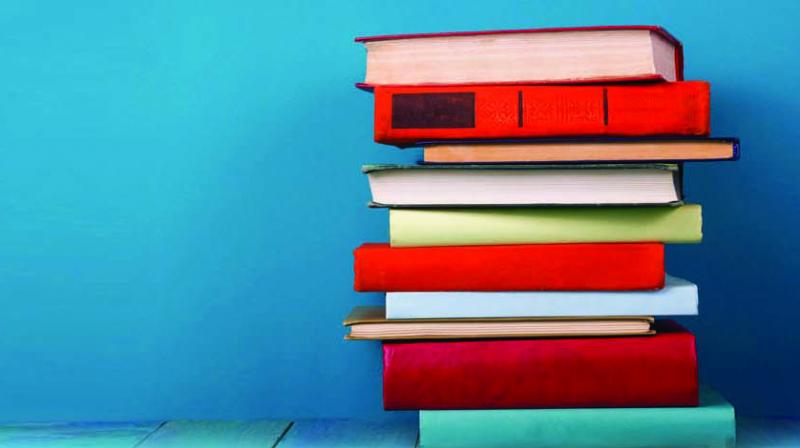 A favourite book entertains you, moves you and compels you to think... sometimes offering a solution, a new perspective. It impresses you with its authentic style and immediacy of the narrative, or realistic but flawed characters that stay with you.

At the same time, there are few books that don’t live up to your expectations and are different than what the blurbs promise. Stutee Kotnala asked some of our authors and reviewers to tell us about their favourite 2016 reads. Our reviewers also spoke about the books that disappointed them.

Namita Gokhale
author of Things to Leave Behind
I enjoyed Listen, O King! Five-and-Twenty Tales of Vikram and the Vetal attributed to Sivadasa, retold by Deepa Agarwal. These fantastical stories challenged me to think and reason and analyse. The labyrinth of stories within stories held me in thrall. And at the end of each story we have to exercise our judgment, as does King Vikramasena.

Akash Kapur
author of India Becoming
All that Man Is by David Szalay is such a wonderful exploration of the human condition, specially male identity in early 21st century Europe, but so much more. It’s also a fascinating reworking of the novel form: a series of seemingly disparate episodes add up to a very cohesive piece of work. In its directness, spareness and mysterious evocativeness the book reminded me a lot of Raymond Carver’s work.

Amitava Kumar
author of Lunch With a Bigot
Karan Mahajan’s The Association of Small Bombs. begins with a bomb blast in Delhi’s Lajpat Nagar market. Mahajan’s quick narrative in those first pages, his precise details, the sure way in which he mapped the interior lives of his main characters — all this made my heart smoulder with envy.

Maha Khan Phillips
author of The Curse of Mohenjodaro
Tahmima Anam’s The Bones of Grace is a deeply moving story about love and loss, and families and identity. I love that the novel takes the form of a letter, that the protagonist, Zubaida, writes to the man she loves, Elijah.

Sanjaya Baru
author of The Accidental Prime Minister
War by Other Means: Geoeconomics and Statecraft by Robert D. Blackwill & Jennifer M. Harris is an excellent introduction to the relationship between economics and geopolitics, between national prosperity and a nation’s power.

Amish Tripathi
author of The Shiva Trilogy
Ocean of Churn by Sanjeev Sanyal gives a refreshing insight into how trade and travel along the Indian Ocean rim shaped the world through most of history. What I like most is the new research and the easy manner that it has been presented in.

Saba Imtiaz
author of Karachi You’re Killing Me!
I liked Jessica Valenti’s memoir Sex Object for it’s brutally clear-headed depiction of the way women’s lives are shaped because of the constant, unending harassment, objectification and violence of women on a daily basis.

Mukul Deva
author of Pound of Flesh
The book I enjoyed the most this year is The Magic Strings of Frankie Presto by Mitch Albom. The language is beautiful. The story was so stirring and heartwarming, that it cannot but fail to touch the heart. And lastly, the character, Frankie Presto who is absolutely magical.

Bina Shah
author of Slumchild
The War on Women and the Brave Ones Who Fight Back by late Sue Lloyd-Roberts will make you angry but it will also inspire you to work for change in the lives of women. I have never read anything like it.

Prajwal Parajuly
author of The Gurkha’s Daughter
Vivek Shanbhag’s Ghachar Ghochar is one book I recommend to all the non-readers in my life. It’s under 30,000 words, and does the writer make every word count! A few of my stupid non-reader friends have proclaimed themselves converts after reading this book — such is its power. Serious readers will, of course, find a lot about the novel admirable.

I also liked Namita Gokhale’s Things to Leave Behind. It is that rare book I just couldn’t put down. Gokhale has given this historical novel — it’s based in the Kumaon of 1840-1912 — such a light, intimate touch, and the historical exposition never hinders the pace of the book. I absolutely adored the book.

Bulbul Sharma
author of The Anger of Aubergines
The book I read recently is Namita Gokhale’s new novel Things to Leave Behind.I liked the unusual plot of the novel; it moves from one interesting period of our history to another, effortlessly weaving facts with fiction.

Bilal Tanweer
author of The Scatter Here Is Too Great
The liked Shahab Ahmed’s What Is Islam? Ahmed’s work considers and upends the existing conceptual schemes used to understand Islam. The work cuts most powerfully through the culture/law binary at the heart of most conceptualisations of Islam, and tears open new ways for us to think about Islam.

Tabish Khair
author of The New Xenophobia
My favourites are two slim books — The Burnout Society and The Transparency Society — by the Korean-German philosopher, Byung-Chul Han. These are deep, original and highly readable meditations on contemporary society: on the mania for transparency and multi-tasking, on the effects of digitalisation, on the need to distinguish between computing and contemplating, on the rise of neurological disorders, etc.

Yasser Usman
author of Rekha The Untold Story
I’ve recently read a brilliant Hindi novel Akbar by Shazi Zaman. This is pioneering work breaks many myths around Akbar and tries to delve into his mind, expertly depicting how he reacted to the events around him and how his mind was shaping history. What makes it remarkable are the incidents from unique sources like Dalpat Vilas, whose unknown author was clearly standing very close to the emperor Akbar when he had a fit one full moon night; Ardhkathanak, the accounts of Jesuits who noted with dismay that the emperor brings reason into religion.

Sudhir Kakkar
author of The Analyst and the Mystic
The one that sticks out in my memory is Charles Allen’s Kipling Sahib: India and the Making of Rudyard Kipling. It is a biography of Kipling’s younger years.
A biography comes to life only if something of the hidden part of the person is revealed. Not in events but in the subject’s reactions and feelings about the events. Very few biographies capture at least some of the first person perspective. Kipling Sahib does that to some extent.

Anita Nair
author of The Better Man
I loved reading Rather be the Devil by Ian Rankin. It features John Rebus, a character Rankin has evolved over 21 novels. It isn’t easy for a writer to sustain interest in a set of characters over as many novels but Ian Rankin does it with an enviable ease without compromising on the “thrill” factor of the genre.

Ashwin Sanghi
author of Private India
The Emergency: A Personal History by Coomi Kapoor was a book that I enjoyed this year. I was all of six when the Emergency happened but have vivid memories of the sense of fear that had gripped the people around me.

Annie Zaidi
author of The Good Indian Girl
Amitav Ghosh’s Flood of Fire, Anjum Hasan’s The Cosmopolitans, C.P. Surendran’s Hadal bring to the reader some fine storytelling along with a view of ourselves as a people. I also read Akshaya Mukul’s Gita Press and the Making of Hindu India with great interest and would recommend it highly for the same reasons.

Ryan Lobo
author of Mr Iyer Goes To War
The History of Bombing by Sven Lindqvist was fascinating. The book is all about bombing and how it changed warfare but is also a history and moral investigation of European and American colonialism and imperialism.

Chitra Banerjee Divakaruni
author of Before We Visit the Goddess
I loved the novel All the Light We Cannot See by Anthony Doerr. The story was gripping and he had done such good research on Nazi Germany and on France during World War II.

Tishani Doshi
author of The Adulterous Citizen
Max Porter’s Grief is the Thing with Feathers offers a kind of meditation on grief and mourning that was particularly needed. It was such a hybrid book using elements of poetry, fable and essay.

Aparna Jain
author of Own It: Leadership Lessons from Women Who Do
I liked Ghachar Ghochar by Vivek Shanbag. A translation from the Kannada novella. I think there is great merit in reading translations. I enjoyed this because it took a simple story of a family and brought with it lovely micro insights. To their customs. To their social structures. It brought the mundane to life.

Aditya Sinha
author of The CEO Who Lost His Head (Jan. 2017)
My favourite read this year was Ratika Kapur’s The Private Life of Mrs Sharma. The heroine is fully realised, the prose is deceptively simple (on par with the best of the Irish or the Russians), the narrative rockets forward. It is an affecting story without being ostentatious or overwritten.

The King Kong of the year’s disappointments was Salman Rushdie’s Two Years Eight Months and Twenty-Eight Nights. This novel is the latest in a string of disappointments spanning a quarter of a century. Perhaps Rushdie ought to do as Philip Roth has done, and retire.

Kushalrani Gulab
My I must have read at least 250 books this year, but Telugu writer Volga’s The Liberation of Sita is my hero. This book, translated by T. Vijay Kumar and C. Vijayasree, has Sita interact with minor female characters in the Ramayana, such as Ahalya, Renuka, Surpanakha and Urmila. Each of these women has been humiliated by India’s patriarchal system, and each has refused to stay humiliated. It is utterly, utterly brilliant.

Every year, I look forward with great happiness to the latest book in Alexander McCall Smith’s 44 Scotland Street series. This year was no different, but sadly, after reading The Bertie Project, I have lost interest in the series forever. Irene is back and I was looking forward to Bertie and Stuart fighting back. I was looking forward to laughing. But, oh dear. I read it without even a smile on my face.

Kankana Basu
author of Cappuccino Dusk
Anthony Doerr’s All the Light We Cannot See was an exceptional read with its dreamy reflective prose, tender characterisation and unhurried story-telling. Elena Ferrante’s My Brilliant Friend was another sparkling read. Daughters of Jorasanko by Aruna Chakravarti was enlightening.

A Spool of Blue Thread by Anne Tyler lacked the lyrical charm of her earlier books. And I wish I had never opened Harper Lee’s Go Set a Watchman as it nearly destroyed the magic of her iconic first book.

Omkar Sane
author of Welcome to Advertising. Now, Get Lost
Paul Beatty’s The Sell Out’s provocative tone compels you to read further till you can’t put the book down. This outrageous satire is a peek into a problem and culture that one, sitting in India, is far removed from. It’s astounding.

The title of I Love Mondays by Mala Mary Martina seemed interesting. But that’s where it ended. It is too patronising, and too boring. Written in a straightforward drawl-like manner, the book manages to make really interesting jobs sound really boring and routine.