The ISI’s resurrection and golden hour came in the 1980s, after the Soviet Union invaded Afghanistan. 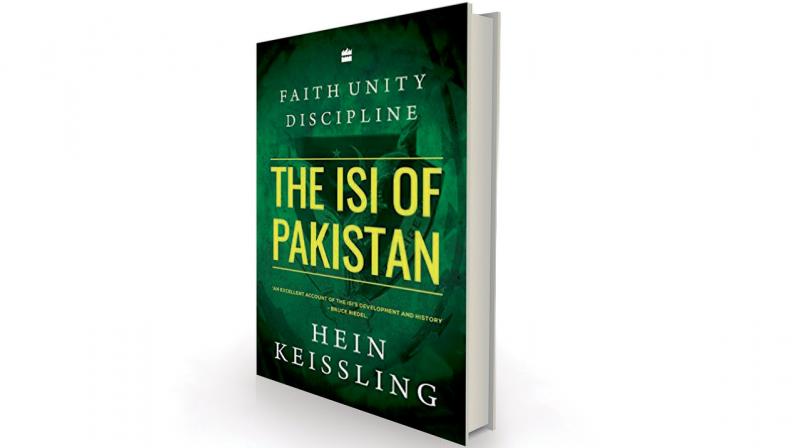 Hein G. Kiessling is a German historian who spent 13 years in Pakistan, from 1989 to 2002, a period flanked by the end and the beginning of the two Afghan wars. Both those wars, and the decade in between, saw Pakistan play a lead role in affairs across the Durand Line and in the broader subcontinental region, specially when it came to Islamist insurgency and terrorism. The birth of contemporary jihad, as a global phenomenon, can be traced to that turbulent interval.

Pakistan’s Inter-Services Intelligence (ISI) was in the driver’s seat for much of this journey. Rich with anecdotal detail and analyses, and remarkably non-judgmental without losing a sense of right and wrong, Kiessling has produced a first-rate and eminently readable biography. There will be minor disagreements — such as about the speculation that Gen. Zia-ul-Haq and Prime Minister Rajiv Gandhi were close to an agreement on Siachen in 1988, and this may have led extremist Army officers to assassinate Zia (to be fair, this is only one of several assassination theories the author explores). Nevertheless, in the larger reckoning, this book is well worth the read.

It begins with the founding of the ISI, largely the work of Maj. Gen. Walter Cawthorne, an Australian serving in the British Indian Army in 1947, and subsequently opting for the Pakistan Army. Later to become Australia’s high commissioner to Pakistan (1954-58), Cawthorne saw the new Islamic nation and a strong intelligence arm for it as a bulwark against a potentially anti-West India as well as Soviet expansionism from the Northwest.

Early in its life, however, the ISI became enmeshed in internal politics, rather than graduating to rigorous external intelligence gathering and analysis. Part of this was because the Army came to be ruling Pakistan in the 1950s itself and saw the ISI as a useful tool to bolster the military dictatorship against political rivals. Also, the ISI was in competition with the Intelligence Bureau — which was meant to report to the interior ministry rather than the military, but in a period of martial law saw itself seeking the indulgence and eyes of the same authorities as the ISI.

The result was a decline in professionalism and failure to identify core goals. As Kiessling points out early in his book: “The 1965 war over Kashmir was a total failure for the Pakistan intelligence services. More used to being involved in internal monitoring and shadowing their own politicians, they failed in enemy intelligence. The ISI… appeared unable to locate and pinpoint the movements of Indian troops. Later reports on the 1965 war often referred maliciously to the fact that the ISI had lost contact with a whole Indian division and could not determine where they were.”

In further reports, the ISI predicted electoral victory or at the very least a good performance for the Jamaat. As it happened, in December 1970 the Awami League won 298 seats in the 300-member East Pakistan Parliament and the Jamaat won two. The ISI responded with a reign of terror and Bangladesh broke away a year later.

The ISI’s resurrection and golden hour came in the 1980s, after the Soviet Union invaded Afghanistan. The ISI was given the role of running the jihad in Afghanistan. It now became the interface with the Mujahideen and the repository of money and munitions from a whole host of partners: the United States, Saudi Arabia, Egypt and even China. By this time, the ISI was waging multiple wars. It was preparing for a conflagration in Jammu and Kashmir, while supporting Khalistan terrorists in India, insurgencies in India’s Northeast, the Mujahideen in Afghanistan and quasi-terror operations inside the Soviet Union.

“For three years,” the book recounts, “ISI-trained guerrillas crossed the Amu river, which marked the international border, and penetrated 25 km into the Soviet Union where they carried out various acts of sabotage. Propaganda about Soviet excesses against the local Uzbek population, as well as thousands of copies of the Quran, were distributed under the cover of psychological warfare to the Uzbekistan and Tajikistan underground from 1985. Bomb attacks were carried out on bridges… During 1986 two guerrilla groups carried out rocket attacks on hydroelectric power stations using rocket launchers from China and Egypt.”

The Ojhri camp, outside Rawalpindi, was the headquarters of the ISI-run Afghanistan Bureau. It “served as a transit camp for 70 per cent of all of the weapons and ammunition assigned to the Mujahideen”. In April 1988, the camp was destroyed in an explosion, 100 people were killed by official estimates and enormous equipment and weaponry was lost. There were many theories about the explosion, including that it was a Soviet parting gift as its soldiers withdrew from Afghanistan.

Kiessling details an alternative theory that “views the ISI itself as the culprit”: “An extraordinary American inspection of the depot stocks was planned and would have brought to light the considerable shortfalls in Stinger rockets being held there. The Stingers had been sold in significant numbers to Iran, not only to smooth political negotiations with Tehran but also for the personal enrichment of some Pakistani generals. As a public smokescreen for what really had happened, arson was mooted, and this scapegoat worked fine. The Americans, who had recently arrived in Pakistan, could not prove anything else and left frustrated a short time later.”

The ISI’s propensity for ruses and diversions has not gone away. Discussing the Mumbai terror attacks of November 26, 2008, Kiessling dismisses the idea of it being masterminded by “an ISI within the ISI”. “This phrase,” he writes, “might have been deliberately created by the ISI itself.”

“Pakistan’s prime intelligence service,” as the author knows it, “is a strictly-led, efficiently-run organisation, with no room for groups pursuing their own secret agenda. An operation such as the Mumbai attacks, which needed expert technical assessment, money and time to prepare, could not have been carried out or kept hidden without the knowledge of the service’s leadership. Considering the political explosiveness of the event, the COAS (Chief of Army Staff) as well would have to have been informed.”

Maj. Gen. Cawthorne would have been both proud and, one presumes, horrified.

Ashok Malik is distinguished fellow, Observer Research Foundation. He can be reached at malikashok@gmail.com