In search of self

Twinkle Khanna’s novel is a light-hearted read, is laced with wit and has its moments of sensitivity. 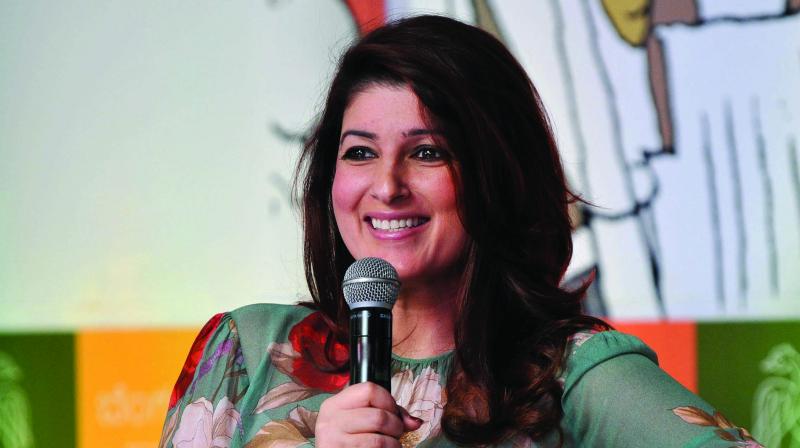 Twinkle Khanna is back with her third book that had earned glowing tributes even before it was officially launched. But when you are a  former movie star with a hunky superstar hubby, any book you churn out will be an attention grabber. That is clearly the case with this author too. But ‘nepotism’, to use Kangana Ranaut’s favourite word, can only favour you the first time. After that, no matter what your pedigree, a writer has to survive the litmus test in the real world. To be fair to Twinkle, her characters are finely etched and her book is laced with generous doses of wit-enough to hold a reader’s attention. Pyjamas are Forgiving is an easy read. The kind you can pick up when your brains are frazzled and be assured that the humour will bring a smile to your face. 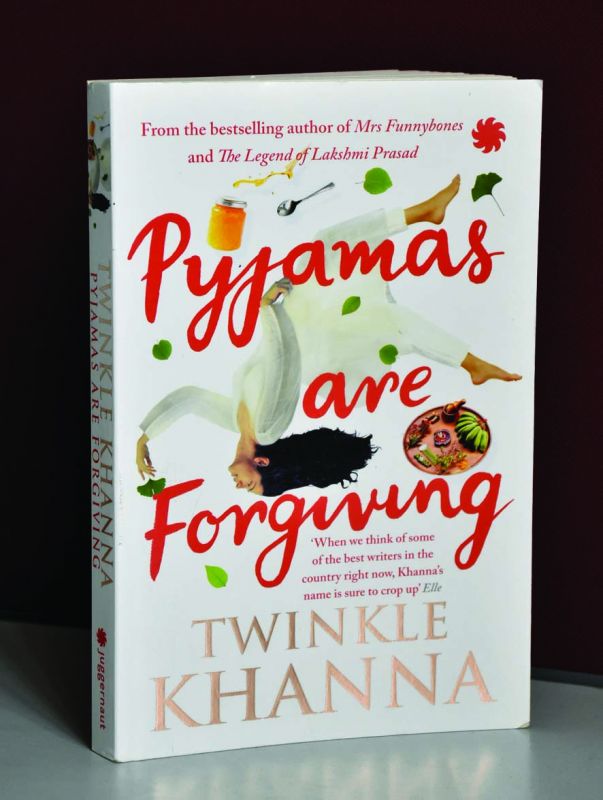 This time Twinkle has opted for the environs of an ayurveda spa—Shanthamaaya spa — if you break the words, it simply means the illusion of silence. Wellness locales have become the go to destinations for wealthy Indians looking for short cut formulas to get rid of obstinate adipose tissue and perhaps purge their souls too, of bitter emotional residues.

So the lead protagonist is a 40-plus sultry divorcee Anshu, a la Chitrangada, no the character is certainly not based on her, though there is a generous mention of Bipasha Basu’s hot curves. But more on the latter reference later. Anshu, appears to be a spa addict having returned to Shanthamaaya with religious fervour every single year for 13 years.

For those who have had the fortune or should we say misfortune of spending lavishly on  three week spa stints, may come back lighter (literally and figuratively) but the rigorous regime can test the most stoic of souls. Clearly Anshu has not learnt her lessons. Coz despite resenting the nausea inducing treatment that includes medicated ghee mixed with cow’s urine, which is meant to make you puke and rid the body of doshas and toxins, she goes back for that self inflicted torturous programme repeatedly. There is a wonderful line that her ex-husband Jay reveals when asked what he is doing at the spa. “What does anyone do here Anshu, drink ghee, vomit and hope?” All for an expensive price of course!

Some people keep repeating their negative patterns all through their life, till they learn the hard way. And, no we are not really referring to the ayurvedic treatment here as much as Anshu’s toxic attraction to her ex-spouse who serendipitously lands up at the same venue, same time along with his bimbette of a wife.

There sitting on that porch, that light-eyed man, a pitta like me, was my ex-husband and that woman whose inner element I was unaware of, unless bitch is accepted as an undiscovered fourth dosha, was his young wife.

This portrayal of the younger wife being all catty, flaky and vicious perhaps seemed somewhat caricatured — guess the author needed a justification for Anshu to begin a surreptitious romance with her ex -hubby Jay, whom she continues to harbour feeling for. But this bitter sweet romance with an ex-spouse, stems purely from close proximity and nostalgia revisited rather than a deep reconnect with him.

But it would be a tad unfair to dismiss this novel as a desi Mills and Boons with a twist. There is wit, but there are tender moments of realisation penned with sensitivity. In the twenty--first century there are many doctors as there are ailments. Tone-deaf cardiologists who listen to irregular heartbeats but can’t hear a heart break. Oncologists who don’t know that cancer erupted in the breast because a strong emotion was smothered within…”

And that’s why Twinkle Khanna’s books resonate with her readers, because she has this wonderful knack of tying up the loose ends and ensuring that her characters find salvation at the end of the book’s journey.