Pavan C. Lall’s latest book, Yes Man: The Untold Story of Rana Kapoor, is a thrilling account of the rise and fall of Rana Kapoor 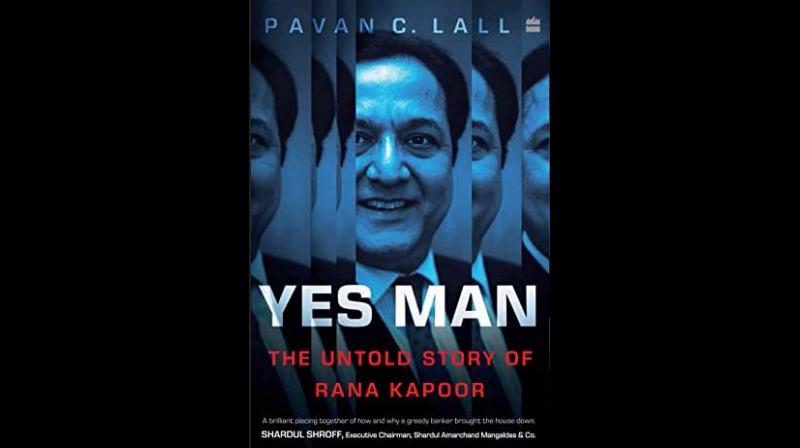 India’s economy was booming in the year 2004, and ‘India Shining’ seemed like an apt slogan to capture the thought. Around then, a non-banking financial company had applied for (and received) the licence to operate as a private bank. Thus was born ‘Yes Bank’. Its rise was phenomenal and it soon became the fourth-largest private bank in the country, with approved permissions to operate in Singapore, London and Dubai.
Senior journalist and author Pavan C. Lall’s book, Yes Man: The Untold Story of Rana Kapoor, is the story of Rana Kapoor, and his Icarus-like flight that eventually led to the Yes Bank crisis. From starting out as a junior employee at the Bank of America to leading a bank worth billions, Kapoor’s rise and fall is a case study in ambition, greed and deceit. We spoke to the author. Excerpts from the interview

Q What made you explore this subject?
The business world in India has seen a flurry of corporate implosions and allegations of wrongdoing in the last few years. PNB, IL&FS, PMC Bank, ICICI, DHFL, COX & Kings, and so many more — I believe it’s unavoidable for any media professional to miss the writing on the wall. Such events not only erode and eat away at the very fabric of our economy, but also disgrace our country and everyone in it who makes an honest living. In India especially, corporate fraud and white-collar crime is particularly a filthy game because it means getting rich at the cost of everyday working class folks and, in most cases, even the very poor. I decided to explore this subject in an effort to generate more attention to remedy these deviations.

Q In the book, you have not only written about Rana Kapoor’s journey, but also asked tough questions about the banking system in the country. Do you have any suggestions for improvement?
If it were not for Raghuram Rajan’s ‘Asset Quality Review’ reports, a lot may have remained hidden from public view. While that’s a positive step, more is needed for flagging off deviant behaviour on the part of lenders, as well as entirely upgrading the remuneration system for RBI and PSU Bank officials. If you look at the salaries of leaders in corporate India, it’s almost ten times that of its PSU counterparts. That needs to be fixed fast. The difference can be 10% or 20%; it can’t be 90%.

Q What sort of research went into penning your book? How much time did it take you to finish it?
All sorts of research went into it — primary, secondary and tertiary — talking to sources, talking to everyone in the know and sometimes even those who weren’t in the know, in the hope of turning over stones to find clues on what was going on. It wasn’t easy and the lockdown environment made it even harder at some junctures. It took around six months from start to finish.

Q What are some memorable anecdotes you came across while researching?
‘Rana is never wrong’ was one that a lot of his former employees recall him as saying as a mantra when managing his bank and growing the company. Of course, he was terribly wrong, and that’s ironic and shows how power and money often lead to hubris.
Another anecdote was a more light-hearted one about how Rana had wanted to buy two Mercedes Benz cars and the sales rep had come to meet him right before he was addressing a town hall of stakeholders. Kapoor had his mouthpiece on while he went on out to meet the sales folks and was bargaining hard for the cars. All the while, an entire audience was listening in as the Wi-Fi connection on the mouthpiece was on and the conversation was being relayed to the speakers in the building.

Q How did you get fascinated by banking and finance?
It’s the second oldest profession, you could say, and its complexities engage a multitude of facets in any business community. From the time of Roman emperors and the Greeks, banking has involved power and politics and regulations and laws. It’s a complex business and crimes involving banking are even more complex. I found that aspect about it challenging and exciting to uncover and research.

Q Apart from writing, what else are you passionate about?
Reading, sports, and traveling, the last of which, of course, one has had to forego in the last year. Also, I am passionate about safer automobiles for India.

Q Please give a little insight into your background and future plans.
I’m originally from Calcutta and grew up in Darjeeling, after which I attended college in Texas. I’ve been a professional journalist and author for over two decades and have worked across India and the USA in broadcast, magazines, newspapers and online journals. I plan to continue writing so that reality doesn’t catch up.