It’s not just about creative writing; the Jaipur Literature Festival is a festival of ideas 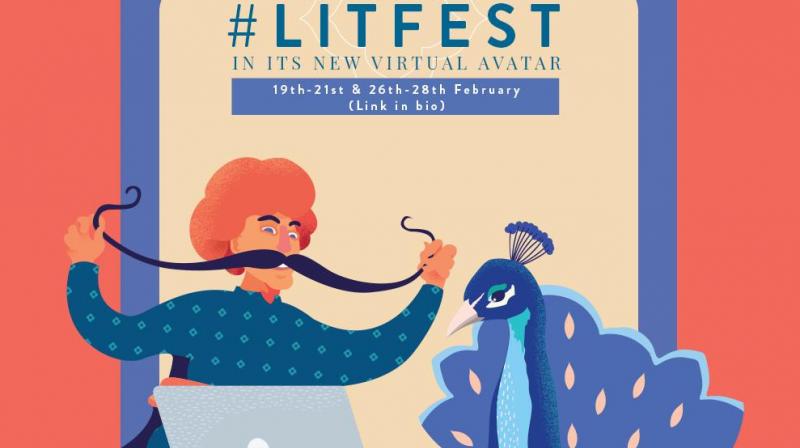 It’s not just about creative writing; the Jaipur Literature Festival is a festival of ideas. And this year’s edition went on and lived right up to that definition.
So, even though the conversation between “the world’s last great intellectual” Noam Chomsky and TV anchor Sreenivasan Jain was rather underwhelming, and the chemistry between the two men frankly painful to watch, leaving, for the most part, the question built into the theme, “who rules the world”, unanswered, the one between philosopher Michael Sandel and Shashi Tharoor more than made up for it by nudging out into the open a host of exciting observations. Suffice to say, in the course of it, it was Tharoor who skewered the “rockstar”.

Sandel’s book, The Tyranny of Merit, has made waves in academia. His earlier book, What Money Can’t Buy, on the moral limits of markets, had sealed his reputation as a formidable critic of free-market orthodoxy. In Tyranny, he posits a politics centred on dignity, arguing that pursuing meritocracy has betrayed, in many ways, the working classes. Sandel believes, radically, that merit is not an antidote but a justification for inequality. It is corrosive of the common good, Sandel said. If I believe that my success is my own do then I conclude that those who aren’t successful are responsible for their own distress. Emphasis on merit completely ignores the role of luck and good fortune, indebtedness to cooperation and collaboration and the joys of solidarity.

But Tharoor ably countered this point by saying that it is very well known that inequality of opportunity existed in the world. Also, it is not always the meritorious who are the most successful; for example, a hedge fund manager may not be where he is because of merit. With oligarchy and aristocracy alive and well, if not gaining in strength and influence, how fair is it to not reward talent and hard work was the question that came through, even as Tharoor argued that merit, in fact, had historically been the antidote to both the advantages of having inherited wealth and caste.

While admitting that he, personally, would prefer a surgeon who got his degree on merits, Sandel found himself unable to sufficiently answer Tharoor’s question on anti-intellectualism and the rise of Donald Trump. To start with, he set aside Tharoor’s suggestion that the working classes were co-opted into voting for him by racial tensions, thus taking a blinkered view on the reality of white supremacism. Instead, he said, Trump came because deregulation of education under the Democrats put a high premium on college fees. The progressive parties kept telling people to pull themselves up and fulfil the requirements of getting a university degree though they themselves are essentially comprising of the well-credentialed elite, even as the working classes had been their traditional base. And now they are seen rejecting them for voting Trump. That last statement rang a bell.

Can we not, by ensuring healthcare, universal education, equal opportunity and daycare, achieve your objectives of the highest common good without throwing out the baby of meritocracy with the bathwater of injustice, Tharoor summarised.

The iconic Ursula K. Le Guin, indeed, has made a far more powerful case against meritocracy than Sandel himself. Her 1973 story, Those Who Walk Away from Omelas, is about a dystopian city where the genetically less endowed are made an example of. On the other hand, Kurt Vonnegut’s Harrison Bergeron, on a different dystopia where the intelligent have their attention spans curtailed by the state and ballet dancers must wear handicaps so they are no more graceful than the less agile, is almost equally compelling a counter-argument, if not as emotionally affecting. For lovers of the short story, these two are must-reads.

Bill Gates’ How to Avoid a Climate Disaster is, per COP 26 chief Alok Sharma, a pretty upbeat book. Helpfully for viewers, Sharma asked Gates to highlight some technologies to mitigate it. Gates was more than forthcoming. The most mature would be electric cars with the lithium-ion battery. Kind of in the middle is the offshore wind and there the UK is the leader in saying who can give us this technology at the lowest premium. And that green premium has been coming down. For electric buses, China is doing a lot of pioneering work. Agriculture is a sector that has surprised. There are a lot of companies, like Impossible Foods and Beyond Meat, that are looking at ways to do away with slaughtering animals, production of methane and so on. However, there is essentially no green steel and no green cement today. Aviation fuel also remains a big problem area.