In this critique of liberalism, Pankaj Mishra lobs 16 Molotov cocktails at an ideology that pretends to be humanity’s saviour 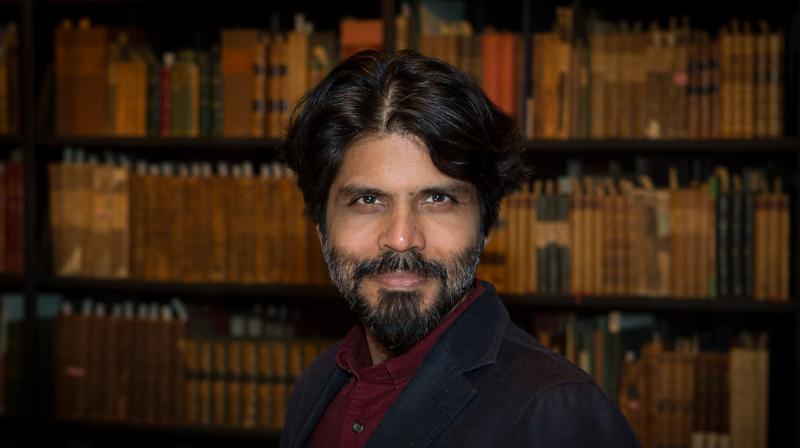 In case you thought that Joe Biden's election — as it looks now — was going to save the world by getting rid of the reckless but also unfocussed authoritarian Donald Trump, then you probably need a small dose of reading from the collection of Pankaj Mishra’s essays, Bland Fanatics: Liberals, Race and Empire. It’s pretty clear that despite adoption of some of his party’s progressive wing’s platforms — on health or on student loans, for instance — Biden and team remain committed to returning to the normalcy of the liberal Anglo-American project, as Mishra might call it. Which means returning to the very normalcy that created our post-liberal tribalism in the first place: a liberalism that deviates far from what John Stuart Mill enunciated in On Liberty, and evolved to a globalism that built upon imperialism and slavery (and its descendent modern-day racism) and that demands, in the name of individual freedom, an atomised slave of corporate-capitalist free-marketers. That does not solve the problem, only postpones it till we get a crueller version of Trump or his local counterpart.

This is why it is important to read Mishra, though these 16 essays, written over the decadal span of the 2010s, is not something you can imbibe in the course of a sitting (you’d need 16 sittings, at least). It’s an at-times enjoyable intellectual stone-throwing at liberalism and some of its icons since Fukuyama’s so-called “end of history”, such as Niall Ferguson or the Economist, a 175-year-old weekly that is consistently wrong in its predictions despite its comprehensive Oxonian chronicling of the planet. To be clear, Mishra does not lob his Molotov cocktails at liberalism from the right, even though he is not a communist. Yet if ever a new framework is to arrive, the first step is to dismantle the ideology that pretends to be humanity’s saviour at the “centre” of things, and that is liberalism.

The title comes from something that cold warrior and theologian Reinhold Niebuhr wrote in 1957: “Among the lesser culprits of history are the bland fanatics of western civilisation who regard the highly contingent achievements of our culture as the final form and norm of human existence.” Mishra, of course, intends to promote these “bland fanatics” from the status of lesser culprits.

The first guilty party is Niall Ferguson who, after all, justified the 2003 Iraq War as an effort not just to “make the world safe for capitalism and democracy”, but also proposed an “Anglobalisation” of the world to civilise the natives. “I am a fully paid-up member of the neo-imperialist gang,” Ferguson said, as he called upon the Americans to ensure the sun never set on the Anglo-American empire. It was an intellectual midwifing of the White Supremacy movement — which had been lingering in the shadows for several post-WWII decades. For his troubles he was given a position at Harvard University.

Then Mishra goes on to eviscerate “intellectual Islamophobia”, a project in which standard-bearers from the Financial Times to Martin Amis have participated, constantly raising fears of “Eurabia”, unmindful of the fact that for most Muslims in Europe, choices are dictated not by their readings of the Holy Book, but by their experience of globalised economies and cultures. Mishra asks us to keep remembering that the most meaningful reason for World War I: “the religion of Whiteness”. He eviscerates Salman Rushdie for rejecting, post the publication of The Satanic Verses, the very mix of politics and literature that his 1989 novel had exemplified, where “the personal is the geopolitical”.

Mishra writes about Woodrow Wilson, credited with pushing global peace and the creation of the now-defunct League of Nations, and how that US president’s ideas were driven by a need to preserve white supremacy both in his own nation and in the globe throughout (ironically his rhetoric spawned many a freedom fighter in Asia). He decries colonialism and modern globalism for expecting the Third World to adopt the ways and means of Europe and America without experiencing their stages of development.

Mishra loves Katherine Boo’s Behind the Beautiful Forevers and its depiction of the social darwinism in Mumbai’s largest slum; this same social darwinism has now been formalised in India’s polity, in the way that White Supremacy has been in the USA’s, reminding us that all the social turmoil and cruelty that have horrified us in the past few years are things that were always already there — things we politely, as liberals, shut our eyes to.

There is a well-deserved takedown of Jordan Peterson. And so on, till the essays wind up with “England's Last Roar”: how a moment of reckoning has long been postponed, of an “ex-imperialist country with dwindling material” but “an antique assumption of power and self-sufficiency”, that is broken. Mishra quotes Orwell: “A generation of the unteachable is hanging upon us like a necklace of corpses.” Hmm. Perhaps liberalism is the last revenge of the colonised.