Book review: Love in the time of Partition

The story is very focused. It’s 1947 and in the town of Suhanpur, in just about to be divided Punjab. 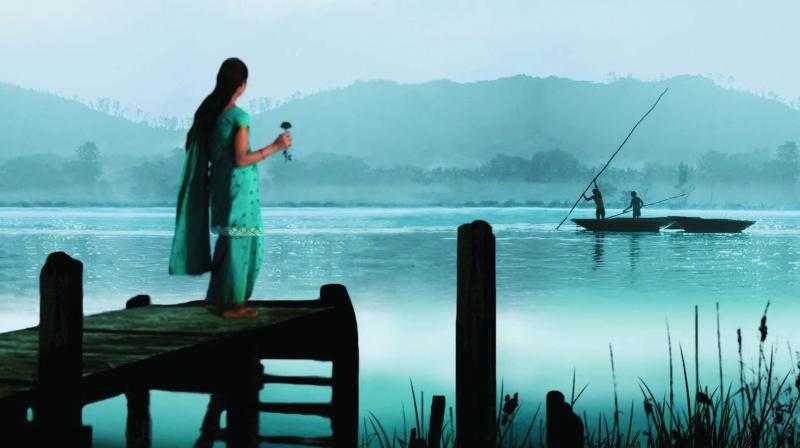 Where The River Parts by Radhika Swarup Rupa, Rs 295

Somewhere around the middle of Radhika Swarup’s novel Where The River Parts, I began to giggle. By the end of the book, I was almost hysterical with laughter, even though there is nothing, repeat, nothing funny about this Partition story, neither intentionally nor otherwise.

There is zero humour in this book, I reiterate, except for one little thing that basically turned my concept of a novel, as taught in my earnest English literature classes from school through college, right on its head.

A novel, I had been instructed, has a very clear structure. It has a beginning, a middle, and finally, an end. But more than a quarter century later, as I read Where the River Parts, I discovered that a novel can get by very easily without a middle. And in some cases, like that of this particular book for example, such a book would get by much better than it would if it actually had a middle: minus saga-like detail, and fully focused on its single story.

Even as I laughed my head off at the cunning of a writer who was able to (mainly) gloss over what she could not or did not want to create, I had to acknowledge also that something about this book works. Something that transcends the travesty it could have been (and sometimes almost is), when it comes to such an emotive issue as Partition.

The story is very focused. It’s 1947 and in the town of Suhanpur, in just about to be divided Punjab, Hindu Asha is in love with her Muslim neighbour, Firoze, brother of her best friend, Nargis. The feeling is mutual and the young couple have only a few misgivings about telling their parents they want to marry. Asha, like her father, believes there’s no real difference between religions. But Firoze knows that the very concept of a Hindu girl in a Muslim household, bringing up her children as Muslim, would upset her community. He is convinced that except for some personal relationships, there is no place for Muslims in a Hindu-majority India. So he’s in favour of the creation of Pakistan — but a Pakistan that accepts Hindus as citizens with full rights.

Despite all evidence to the contrary, Pappaji, Asha’s father, clings to the belief that he and his family will not have to leave Suhanpur. Asha’s mother, however, is not so sanguine, so when Om, a local trader, moves to Delhi with his family, she wants to follow. But since her husband remains stubborn, she sends some jewellery along with Om and takes his address so when they must move, the family has something to hang on to.

Om has long wanted to marry Asha, and he becomes more urgent as Partition troubles become more intense. But Asha does not want him and neither does her father. Still, for all Pappaji’s belief that the clashes between Hindus and Muslims will soon die down, when Firoze asks his permission to marry Asha, he’s only able to say he’ll consider it when the brand new Pakistan will accept Hindus as equal citizens. Something that, in that period of heightened emotion, most people know will not happen.

Inevitably, Asha’s family must move to India. Helped by Firoze, they make it to bus stop close to the border, but after Firoze leaves, her family is massacred. She herself is in great danger until she is rescued and taken care of by a Maulvi and his family, and eventually makes it to Delhi.

Equally inevitably, Asha marries Om, with whom she is happy, though Firoze remains her one true love. And many, many years later, her American granddaughter falls in love with a Muslim man. A Muslim from Pakistan. Specifically, from Mianbad, once called Suhanpur. Specifically, the grandson of Asha’s once best friend, Nargis, whose brother Firoze is still alive. What will happen now?

If you’re looking for a feel-good bitter-sweet love story, I’d be happy to recommend Where the River Parts. It’s well-written and draws you fully into Asha’s mind, making it easy to read even while it makes you think about the divisions between peoples: what they mean, why they exist and whether if they can or even should be overcome.

But if you’re looking for a novel that will also take you into the time of Partition, Where the River Parts will really not work. This is Partition lite, meant for readers in faraway countries who have little clue about the passions of communities. That isn’t to say that the book doesn’t reflect what really happened: the violence and hysteria are there all right. And since my family went through Partition too, though, thank heavens, without violence, I grew up in a community that had had to survive, so I truly understood Asha’s practicality in putting her life back together.

Despite this, for Where the River Parts, Partition is simply a backdrop to a story that it seems the author could not fully think through. Given the painfully laboured (but thankfully few) pages that pass for a middle by providing the child that then provided the grandchild without which the story could not end, this is a book in which the Partition of India has a feeling of exoticism. It’s a glossy Hollywood version of a country that is still trapped in its history: well-made, but ultimately superficial.