Of women who stand apart

Writer Shinie Antony’s compilation — An Unsuitable Woman, is a collection of stories about rebellious change-making women. 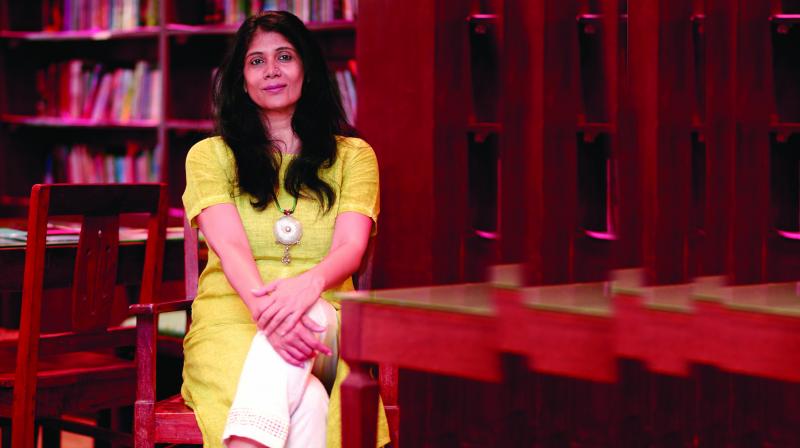 A mix of 17 different stories which range from fiction to history, mythology, autobiography, poems and more, ‘An Unsuitable Woman’ is about powerful stories of women who put up a fight.

An award-winning author, editor, columnist and the curator of literature festivals, Shinie Antony’s recent book ‘An Unsuitable Woman’, is about the journey of women who struggled on their way to victory. “We see strong women — women who are exactly who they want to be. Their stories are far from ordinary. Like anyone else, I was interested in hearing how they did it. Gender politics is a serious issue. From our grandmothers to the daily help woman travelling in the seat next to us, gender politics touches everyone. I guess I suddenly felt old to listen,” begins Shinie.

A mix of 17 different stories which range from fiction to history, mythology, autobiography, poems and more, ‘An Unsuitable Woman’ is about powerful stories of women who put up a fight. Writers like Anand Neelankantan, Madhavi Mahadevan, Mitra Phukan, Humra Quraishi and more notable word crafters have contributed. “Some writers were commissioned and some poems were discovered along the way and some were published already. They fell into place organically!” she shares.

When asked about the woman who inspired her the most, Shinie responds, “Many. From poor women forced into prostitution to fund their daughter’s dowry, raped teens advised to keep the baby as legal evidence... It is the hapless, helpless woman who is the most powerful. Her voice is the most haunting because she expects nothing!” 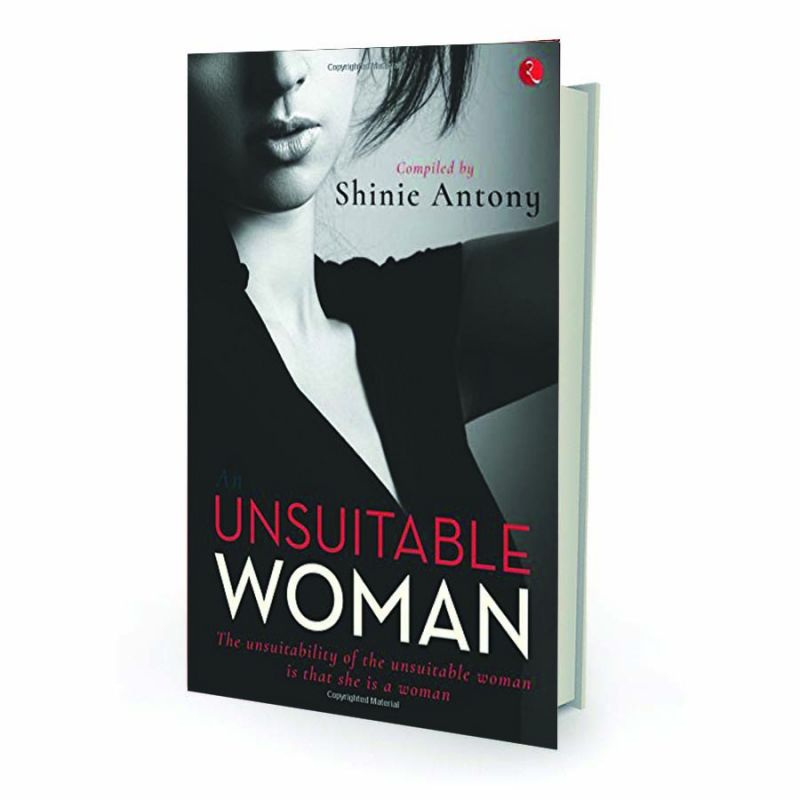 Shinie has also penned a fictional piece for the book titled ‘Eating Butterfly’. It is a corporate allegory about being told to toughen up. The plot revolves around a young girl who is a vegetarian and is being forced to eat flesh and toughen up. Whether the clan succeeds in making her eat animals or not, forms the crux of the story.

Among other revolutionary characters in the book that took over a year to put together, Rani of Jhansi, Lakshmi Bai is moving and informative. Written by Jaishree Mishra, the piece includes many details unknown to the common Indian. “We have also targeted topics like relationships and what it is like to be independent in today’s world,” she adds.

When asked about feminism, Shinie says, “It does not mean stepping on another woman to reach where I want. Very often women are treated like children. Food, books, reproductive rights following which the right to travel and take future into own hands need to be given to all women as a basic right! Very often women are treated like children. I think the freedom to make one’s own mistakes and to learn from them is the one I’d choose as topmost. “

When asked about her main focus on the movement towards gender equality, she concludes, “We aren’t black, white, yellow, brown — we’re just women. That’s what I focus on!” She is also working on ‘Jest Like That’ — a funny compilation yet to be brought out by Atta Galatta.