The story however is not just another “History Lesson” but a completely different type of historical narrative. 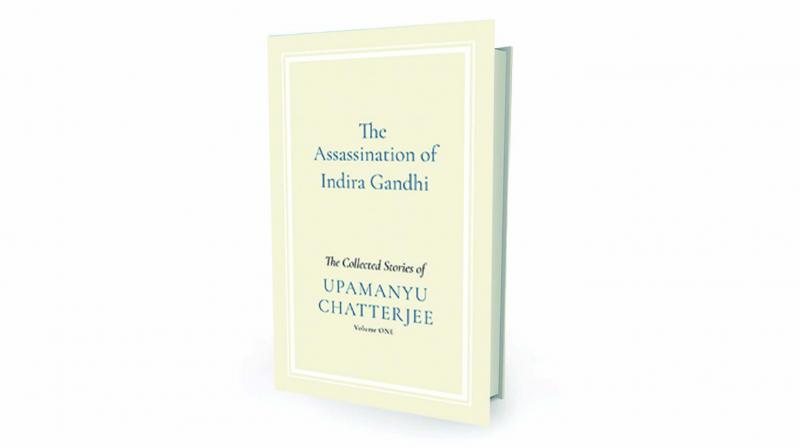 People read books for various reasons — time pass, entertainment, curiosity, to be better informed, academic compulsions and so on. Then there are people who read for the sheer pleasure of it. If you are of the latter kind, then this collection of short stories by Upamanyu Chatterjee is just the thing.

Over the years Mr Chatterjee has evolved as a writer and reached a point where he can play with styles, different kinds of storytelling, character portrayals and such literary objects. The ultimate idea perhaps is not so much to impress the pedagogue as to produce new and interesting narratives.

The reader is plunged into this pleasant diversity right from the first story titled “History Lesson”, a hilarious account of the first English Ambassador Sir Thomas Roe’s disastrous mission to the court of Jehangir, the great Mughal. While British historians have almost without exception lauded Sir Thomas’ mission, the author’s narrative reveals how utterly ridiculous and without success it was.

Sir Thomas, the pride of Englishmen, comes across as a prime buffoon, doomed to disaster as he blunders through Mughal land in search for an imperial edict for the East India Company that will please his lords back home in London. He does not get any such concession and nor does he in the end find even the slightest mention in the Great Mughal’s detailed memoirs. In short, all he gets is a complete blank.

The story however is not just another “History Lesson” but a completely different type of historical narrative. The author’s is uproarious but true to the facts and in the end perhaps more reflective of the mindset of that age. And hugely entertaining as well. Just the kind of stuff today’s jaded school children might enjoy - or perhaps hate, who knows.

Each story seems to be crafted in a different style, all of them revealing the author’s essentially compassionate worldview. Style, after all, is not so much about words, phrases and their combination but a reflection of the construct of the author’s mind.

There is much to enjoy and think about in each story but the one that will stay with me the longest is one titled “Can’t Take This Shit Anymore”, which is about a family of the lowest caste called Valmikis whose traditional job is to clean latrines and haul excrement.

In rural areas without sewage systems, they continue to clean and haul everyone’s shit. In urban areas, they are the ones who pick up garbage and enter sewers to clean the accumulated excreta of thousands. This not just demeans and de-humanises them but also traps them in a world from where there is little or no chance of escape.

Modern India has not been able to pull the Valmikis out of their ghastly condition. Just the other day, the newspapers carried a report saying a total of 620 sewer cleaners (these same Valmikis) have died cleaning sewers since 1993. In the national capital, New Delhi itself, the papers routinely report manual scavengers, as these men are called, choking to death while cleaning sewers.

One had heard about these sewer cleaners and the horrible job they do but it was not until I read Mr Chatterjee’s story that I realised the full horror of it all. Describing a septic tank, the author informs us that it “is typically a concrete box measuring 12 feet by 10 by 10. It is full of shit, water, bacteria, cockroaches, rats and other vermin. The bacteria are busy 24x7 decomposing the shit; they know of no other life. The chemical reaction involved in their activity uses up almost all the oxygen and releases into the air of the tank methane, hydrogen sulphide, carbon dioxide and carbon monoxide. Excrement therefore is not the only reason why the tank stinks to high heaven. To fight the stench and the nausea, the Amritbhais first get plastered. Then they find they can’t breathe and that there they are, in their plastic gear, surrounded by decomposing shit, in ambient temperatures that exceed 55 degrees Celsius. Often their last thought before passing out is that their wives above ground might get a better deal.”

However, as the honourable union minister of state for ministry of social justice and empowerment Ramdas Athawale told the Lok Sabha on 8 July this year, of the 620 recorded deaths cleaning sewers since 1993 (there are many more that don’t make it to the Central government’s statistics book) only 445 cases received compensation while 58 got partial compensation and 117 got nothing at all for dying in the sewers.

This outrageous admission did not even cause the slightest flutter in Parliament. Shit cleaners die all the time but few care. It has been so in this country for a long, long time. Even Gandhi, the Father of the Nation, the author points out, said “Valmikis ‘do for society what a mother does for her child. A mother cleans her child’s excrement and safeguards his health. In the same way’, castes like the Valmikis clean up to preserve ‘the health of the whole community’”.

This grossly offensive justification for the continued existence of castes such as the Valmikis is reflective of a dark side of the Indian psyche. Mr Chatterjee is perhaps the first person to bring it to the notice of nice literate people. His story also points out that despite an act of Parliament outlawing so-called “manual scavenging”, the practice continues unabated. The honourable minister informed Parliament that his ministry has been able to identify a total of 53,598 manual scavengers between December 1993 and June 2019. It did not strike anyone that this neither reflected social justice nor empowerment.

But that and much more is what India is all about and reading the stories is like wandering down some of those dark alleys. Many of the tales are indeed bleak.

“The Killings in Madna” features a young IAS officer, Agastya Sen, the protagonist of the author’s much acclaimed debut novel English, August. This story, first published in 1987, is a quick sketch of the workings of mofussil India’s phlegmatic bureaucracy that illustrates how even a most gruesome set of killings cannot force or disrupt the inexorable workings of the system.

“Girl”, is a gut-wrenching account of the infamous Aarushi murder case where the police as well as the CBI implicated and imprisoned the girl’s unfortunate parents for the crime and shamelessly exposed the victim’s personal details to the public.

“Three-Seven-Seven and the Blue Gay Genes” is about the dilemma of homosexuals in this country still ruled by archaic British era laws and peopled with deranged, self-righteous people. And one called “Sparrow” is about the gradual disappearance of these creatures from our daily lives.

Mercifully, not all the stories are dark though. Some are funny. But even in those one cannot miss a certain wistfulness. All great writing evokes great emotions. This is one of those..