A tale of alien invasion on earth and its aftermath

Aliens are being threatened with extinction in the solar system to which they belong and their solution is to invade earth. 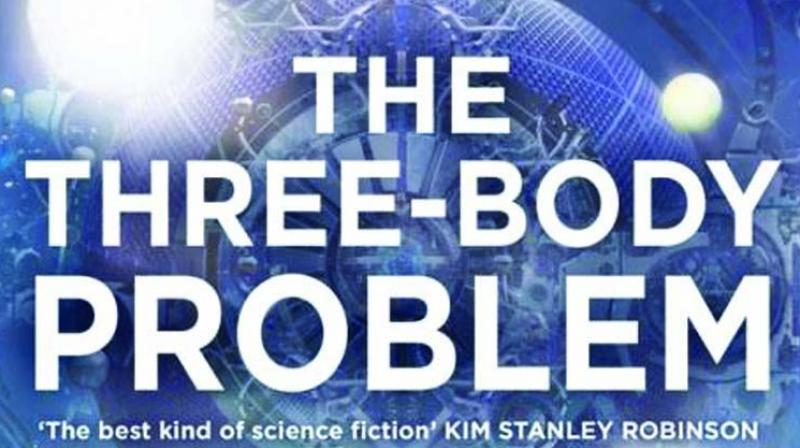 Three-Body Problem is a trilogy and this is the first of the books, a tale of an alien invasion which, in classic Asimov fashion, has bearings on the political climate.

Liu Cixin is an engineer — the plant in which he works has been temporarily shut down to lessen air pollution — which gives him time to concentrate on his first love, science fiction. However Liu Cixin has risen to become China’s bestselling science fiction writer and the first to be translated into English and published abroad. Invading sci fi space with the story of a covert operation that is one of the most desperate fights in all humanity.

The Three-Body Problem is a trilogy and this is the first of the books, a tale of an alien invasion  which, in classic Asimov fashion, has bearings on the political climate. The alien invasion divides people into two camps —  those who are happy at the invasion and those who are not. The aliens are being threatened with extinction in the solar system to which they belong and their solution is to invade earth. China has just recovered from the Cultural Revolution and the girl who comes to help the aliens is a victim of its excesses — seen in the grim opening of the novel where a scientist is beaten to death.

A three body problem is a physics term involving three objects rotating around each other due to the pull of gravity and dates from the time of Isaac Newton. The rotation pattern cannot be mathematically predicted and has disastrous implications when errors occur. This relates to why the aliens want to make contact to earth and so gives the book its name.

Liu Cixin does not go into too much detail where his aliens are concerned, but the two things he does describe make the reader realise how difficult life has been for the aliens on their own planet and how they have evolved to survive. For science fiction fans, the book will be a new experience. Sci fi from a Chinese perspective  with all the imagination and fantasy the form requires.

Anjana Basu is the author of Rhythms of Darkness