Book review: A courtesan in search of truth, peace

The countless spies in her employment have informed Ambapali of the arrival of the Buddha. 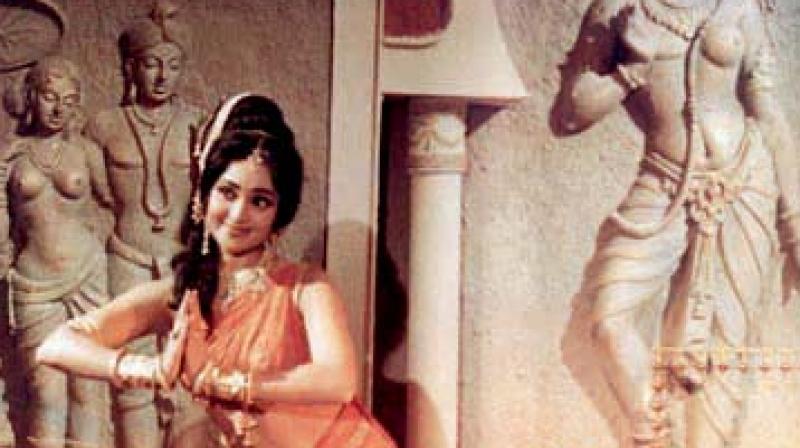 A still from the movie Amrapali, a 1966 historical Hindi film, directed by Lekh Tandon, starring Vyjayanthimala and Sunil Dutt as leads.

An extract from the chapter Ambapali: The Glory of Vaishali

480 BCE. Vaishali, in eastern India, on the northern frontier of modern day Bihar, is a gana-sangha or large town fortified on three sides with thick mud walls and guarded with gates and watchtowers... Outside the town is a coronation tank and several sacred enclosures and groves. These are the kuhala-shalas, the spaces where audiences gather to hear the different truths spoken by passing holy men... There is a large crowd at one of the kuhala-shalas this monsoon evening. The man they are impatiently waiting for, and who arrives at last in a swirl of ochre robes, is one of the greatest sons of India. In this age of the wanderers, he is the greatest parivrajaka of all. He is Siddhartha — the Awakened and Enlightened One — the Buddha.

A woman stands on the balcony of one of the largest houses in Vaishali, watching people streaming towards the kuhala-shala. She wears a diaphanous white and gold skirt and jewellery that shines with precious stones. From the courtyard behind her come the strains of musicians tuning their instruments for the evening’s entertainment... This is the salon of the most famous courtesan of Vaishali, Ambapali, who got her name from the mango orchard where she was deserted as a baby. Now Ambapali is the glory of Vaishali and her accomplishments, grace and beauty, are the pride of all the townsfolk... 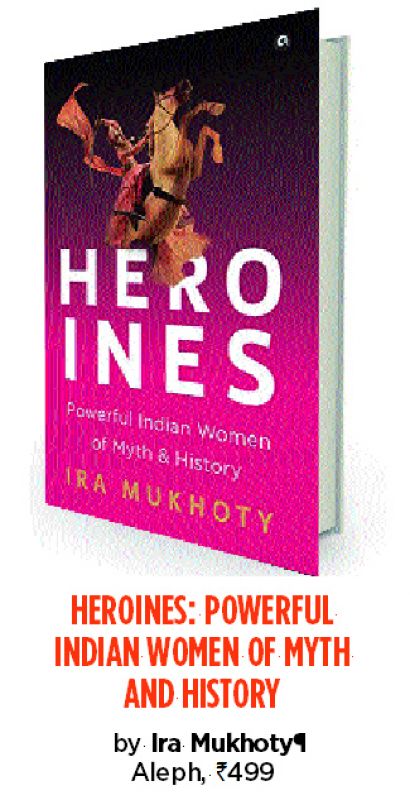 The countless spies in her employment have informed Ambapali of the arrival of the Buddha. She has heard of his gentle smile and kind eyes, and the message he carries...

Ambapali turns away reluctantly from the veranda to attend to her guests. She resolves to meet the Buddha the next day, perhaps even invite him to her own home for a meal. He is a holy man and she is a courtesan, but she has heard it said that the Buddha does not differentiate between anyone, rich or poor, man or woman. Ambapali doesn’t know it yet, but her encounter with the Buddha will have an irrevocable impression on her…

The following day, Ambapali rides to the sacred grove in her horse-drawn chariot, accompanied by the chariots of her maids and female companions. The Buddha greets them with the ease and complicity of an old friend and directs the women to sit in front of him. With their rich clothes and smooth, perfumed skin, the group of women are an incongruous sight amongst the monks.

“Do not go upon what has been acquired by repeated hearing; nor upon tradition; nor upon rumour; nor upon what is in a scripture”, the Buddha begins. These opening lines are rather subversive — in a world of elaborate Vedic rituals they are being asked to put aside all hearsay. “You yourself must know”, the Buddha adds, “these things are good; these things are not blamable; undertaken and observed, these things lead to benefit and happiness, enter on and abide in them”. Ambapali is mesmerised by this man who tells her to rely on her own instinct, who looks at her with eyes full of compassion, she who is used to seeing only lust and desire in the eyes of men.

When the Buddha says, “Subject to birth, old age, and disease, extinction will I seek to find, where no decay is ever known, nor death, but all security”, it is as if he is speaking about Ambapali’s deepest fears. His words have a profound effect on her, as she begins to realise that her beauty is an illusion and youth only fleeting. She gets up to bow low before the Buddha and invites him for a meal to her house, along with his coterie of monks. The Buddha smiles and agrees to visit Ambapali the following day.

On the way back to town, she encounters the magnificent chariots of the Licchavis. The clansmen expect Ambapali to make way for them but she, emboldened by the Buddha’s acceptance of her invitation, refuses and they must edge past her chariots impatiently. They too are on their way to see the great master and invite him to their homes and are upset to learn they have been pre-empted by this upstart courtesan, this “mango woman”.

When the Buddha and his followers go to Ambapali’s house the next day, it is an act that breaks age-old taboos against caste, food and pollution. Taboos so deep-seated that a mere glance at a menstruating women, for instance, was considered sacrilege. Given this environment, Ambapali must have been aware of the true extent of the Buddha’s generosity when he crosses the threshold of her mansion. He is entering the home of a woman who is neither a child in the care of her father, nor a married woman in the care of her husband, nor a widow virtuously living with her son. He seats himself along with his monks on the floor of the courtyard and Ambapali joins her women in serving the monks.

After the meal is over the Buddha speaks to the women once more about the impermanence of the world of the living and the Eightfold Path of the Dhamma. Craving and the desire for the things of this world causes suffering, he tells them. Give up these cravings now and stop your suffering. Ambapali bows before the Buddha and takes off her ivory bangles, her earrings and heavy gold necklace. Within a few short years of her meeting with the Buddha, she will give away her considerable fortune — her talking parrots, ivory-handled vanity mirrors, carved wooden spice boxes and trunks full of silk — which she has spent a lifetime accumulating, and beg to be ordained into the Bhikkuni Sangha.