The DNA ancestry report of Parsis in India differs considerably from those of Iranians and Iranian Zoroastrians, reveals the author 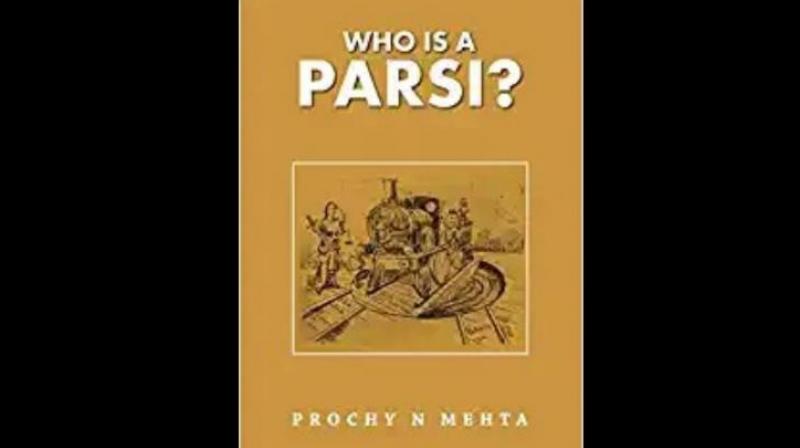 NewsCover Image of the book 'Who Is a Parsi?' By Prochy Mehta. (Twitter)

Kolkata girl Prochy Mehta’s latest book Who Is a Parsi? is a valuable resource for her co-religionists, rights advocates and lawyers. Mehta and her daughter, Sanaya Mehta Vyas, are currently fighting in Calcutta High Court for the inclusion of Mehta’s three maternal grandchildren born out of an interfaith marriage in the community. The trio is currently disbarred by priests from the fire temples (agiaries), towers of silence and participation in worship and funeral rites.

Forwarded by none less eminent than the irrepressible Fali S. Nariman, Mehta’s painstakingly curated scholarly volume is a passionate, if somewhat prolix, argument set out against the customary excommunication of the progeny of Parsi intermarried women but not the descendants of Parsi intermarried men.

Patrilineality is the logic driving this custom. It was further reinforced by the 1908 Soonu Petit (French wife of R.D. Tata) and 1925 Bella (who was daughter of a Parsi mother and Goan father) cases. Soonu, who through the navjot ceremony adopted the Parsi religion, was deemed to be a Zoroastrian but not a “racial” Parsi. This while the prophet Zoroaster or Zarathustra Spitama’s father Pourushaspa was himself from Azerbaijan, asserts Mehta. Soonu and Tata’s children, who include the famed J.R.D Tata, were, however, not denied their Parsi status. Despite being “navjoted”, Bella, on the other hand, was cast out.

Interestingly, the Privy Council which delivered the judgment in Bella’s case (the earlier being a verdict of the Bombay High Court) did mention that it was not binding on the religious trustees. They were free to use their discretion and admit Bella but did not. However, in Mr Nariman’s view, since 1950, the matter is no longer governed by personal law but constitutional law per which the fundamental right to religion (as enshrined in Articles 25-30) of an individual is inviolable.

Pertinently, since its very inception, Zoroaster’s faith has encouraged conversions (the marriage of the prophet’s youngest and favourite daughter Pouruchista with a man of a different clan being celebrated in the sixth Avestan Gatha). Nonetheless, that practice had fallen into desuetude (disuse) in India until the turn of the nineteenth century. Since their advent in India in the seventh century CE until the post-renaissance trend of international marriages, conversions had not been conducted. The exception was the mass conversion of the Mazgaon Dock Navjotes on June 26, 1882.

With no birth control in medieval times, Parsi women had children with non-Parsi men, writes Mehta. There existed at the time a lesser tradition of accepting them for being “of a Parsi woman’s womb born”, she discloses to the reader. This was not the case for children of Parsi men where the question of parentage persisted. Mehta explains that these children were in fact “smuggled into the community”, citing the Soonu Petit lawsuit.

There is a biological argument, too, against the excommunication of those like Mehta's grandchildren. The DNA ancestry report of Parsis in India differs considerably from those of Iranians and Iranian Zoroastrians, reveals the author.
Around 50 per cent of Parsi marriages today are interfaith. As of 2017, the members of the community number only 57,000. Exogamy is known to strengthen the genes, hence the pragmatic aspect to the shift.

Since over a decade ago, there is a case pending in the Supreme Court wherein a woman, Goolrokh Gupta, and her sisters Shiraz Patodia and Kamal Thapar, have challenged their ostracisation by the Parsi community. The three of them are married to Hindus under the Special Marriage Act, 1954, under which they continue to keep their faith. The outcome of Goolrukh Gupta vs Burjor Pardiwala will decide if a Parsi woman loses her own religious identity after solemnising her marriage under this law. It is hoped that Prochy's book will help bring about justice to not only the sisters but to the entire community.