Books   29 Dec 2018  In the aftermath of Bhuj Earthquake, two attempt discover the epicentre of their bond
Books

In the aftermath of Bhuj Earthquake, two attempt discover the epicentre of their bond

I never thought to write about it, until it became my class assignment - Ishita Deshmukh. 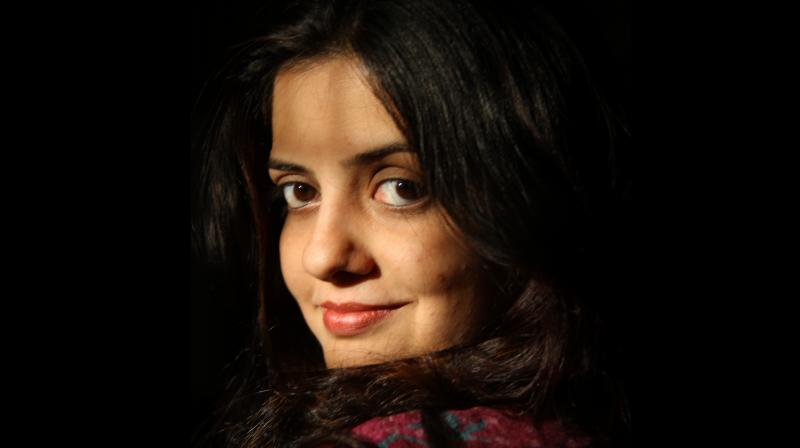 I always loved to read, especially romance novels. From Alexandre Dumas’ ‘The Three Muskeeteers’ to Nicholas Sparks’ ‘The Notebook’, I loved them all, says Ishita Deshmukh.

'Heartquake' is a story, set in the frenzied aftermath of the terrible Bhuj earthquake back in 2001 about two lovers, Sonal and Tejas who try and discover love amidst the chaos all around.

In conversation with this correspondent, the author shares more about the story, her inspiration, a slice of her life and a view through the writer's eye.

Having grown up in Pondicherry, how did Bhuj strike you as a possible backdrop for your story?

Frankly it did not. I was then in class 12 (or its equivalent as per the education system of Sri Aurobindo International Centre of Education) and had opted for a one-to-one special creative writing class. Despite living so far away, we had felt the aftershocks. My maternal relatives live in Gujarat and we were very worried about them. Amidst all the chaos, I never thought to write about it, until it became my class assignment.

How did the premise of Bhuj Earthquake and a love story manifest in your mind?

The assignment was given that same year, 2001, a few months after the earthquake destroyed Bhuj. My teacher specifically mentioned that she wanted a short love story within this depressing backdrop. So, I wrote one and she was mighty pleased. She even encouraged me to become a writer, which I dismissed at that time as an impossible dream. I am very lucky that she was also able to attend my book launch.

How did you go about doing your research about the earthquake, and the emotions that are still attached to it even today?

The first story, written at the age of 18 was pure fiction. But when I decided to convert it into a novel, I researched all the newspaper articles written during the disaster. I chose a few real-life incidents and put them in my story-line. For the medical aspect, I consulted a friend who is a doctor.

The world has changed rapidly in the past two decades (18 years since 2001). So, has the publishing industry and the Indian readership. However, I tried to keep the innocence and simplicity of the original story, throughout the book, despite the 15 plus edits that the novel underwent since its inception.

When did you realise that you wanted to write a book? Is there a specific writer who inspired you?

I always loved to read, especially romance novels. From Alexandre Dumas’ ‘The Three Muskeeteers’ to Nicholas Sparks’ ‘The Notebook’, I loved them all. My current favourite is Judith McNaught’s ‘Someone to Watch over Me’.

As a child, I had a vivid imagination, and remember my paternal grandfather writing down all my fantasies. Later, I would try to extend the storyline after every Hindi / English movie I had watched and create a whole new world.

But, despite all, I never imagined I would write a book. It was only when I started working in the family business, and came across my class assignment, that I suddenly thought to challenge myself by writing a novel.

How did this story begin? Was it a character or was it the backdrop of the earthquake, or something else altogether?

It is a very interesting question that no one has asked me before. It was both.

Since the premise of the story was dictated by my teacher, the story began with it. At the same time, I had just visited my newly-wed cousin during the previous vacations, and their love became the inspiration for the characters. I also named the protagonists after them.

Therefore, the story began with earthquake and the characters all in place, ready to be spun as per my imagination.

Any ideas for your next book? If yes, do give us a glimpse into it!

I have been planning my next book for a while now. It will be based on my family history as I come from a very mixed cultural background (Bengali father with a Marathi surname and a Gujarati mother and many other relatives from various Indian states).

Ishita Deshmukh is, in many ways, a mascot for national integration! Born to Bengali and Gujarati parents, she grew up on a steady diet of Tamil culture and French literature (in the lovely town of Puducherry). If that wasn’t enough, she is married to a Telugu bidda. She has this uncanny (and unnerving) ability to switch between six different languages in the course of a conversation.

Ishita is a multi-tasking marketing professional who currently runs a small home business in Singapore and helps with her family business back home at Puducherry.

Ishita is passionate about the arts and has always dreamed of becoming a writer. Among other items, she loves painting, playing the piano and embroidery. She is a regular fixture at the neighbourhood library and has a special place in her heart for romantic fiction.