When Shakespeare died in 1616, 18 of his plays, among them the more famous Shakespeare tragedies died with him. 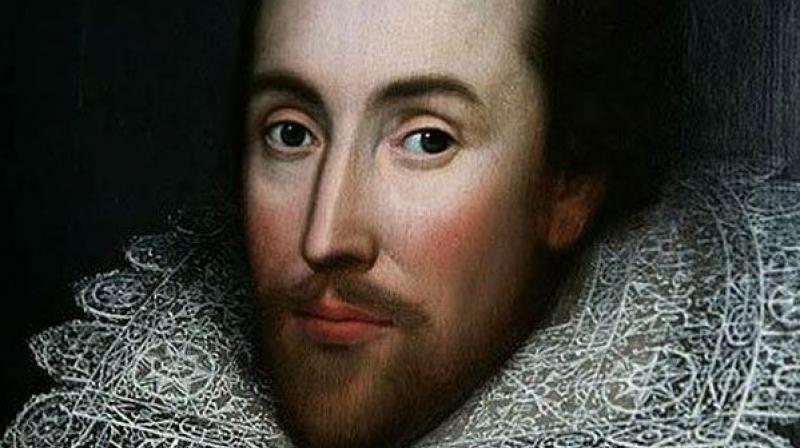 The social justice bench of the Supreme Court of India, consisting of Justices Madan B. Lokur and Deepak Gupta, observed the plight of workers in the construction industry to be worse than that of a Shakespeare tragedy. "There is a total lack of concern and apathy on the part of the powers that be to the plight of millions of workers in the construction industry that puts a Shakespeare tragedy to shame," observed the court. It transpired that more than Rs 37,000 crores had been collected by way of cess in the industry but of this, only Rs 9,500 crore sused for the welfare of the workers. "What about the balance of Rs 27,000-odd crores?" questioned the court. Directing the government to initiate welfare measures immediately, the court lamenting that at best only symbolic justice could be done, fixed September 30 as the deadline.

There are innumerable reports on the plight of construction workers gathering dust in the government record rooms including one we initiated in 1981 on women and children in the construction of projects for the Asian Games. The report had exposed women and children as most vulnerable to apathy and indifference and total absence of any basic welfare schemes at all the construction sites. In fact, it was found that some relief measures had been initiated by an NGO, Mobile Creches, run by Devika Singh and Mina Swaminathan.

One of the reasons for the sorry plight of the workers was that they were migrants to the city with no friends or support base in the cities they worked in. They were recruited by foremen called jamadars to whom a percentage of the daily wage had to be given. Workers were alienated from fellow workers who could be from other regions. Accommodation in the shanties adjoining the sites was on caste and regional basis. As they were migrants and their stay in the city of temporary nature, political parties were apathetic in mobilising them to agitate and articulate their demands. On one of the few occasions in which such an agitation was organised in the capital, they were lathicharged by the police who lobbed teargas charge shells to disperse them. How ironic, we had observed then, that gas was used to induce tears, a commodity which was in plentiful supply in the daily lives of the workers!

It's the reference to the Shakespeare tragedy that is interesting. The court may be interested in knowing that most famous tragedies of Shakespeare like Macbeth or Julius Caesar almost did not happen and the world may have never known a Shakespearean tragedy.

When Shakespeare died in 1616, 18 of his plays, among them the more famous Shakespeare tragedies died with him. It was believed at the time that he had written a total of 36 plays and only 18 were known. These were plagiarised, wrongly copied and sometimes not even rightly attributed to the author. But they were known. The other 18, including the major Shakespearean tragedies had disappeared. The resurrection of all 36 Shakespeare's plays, known at the time, in short, the story of the First Folio, is a fascinating one. Andrea Mays in her book, The Millionaire and the Bard, the obsessive quest for the First Folio by the millionaire Henry Folgers has recounted the amazing publishing history of the First Folio. In his will, Shakespeare had left a sum of 26 shillings each for three of his friends and fellow actors in The King's Men. It was Shakespeare's intent that his friends may buy rings with the money and remember him whenever they looked at the ring.

The three friends were Richard Burbage, John Heminges and Henry Condell. Burbage died soon after and Heminges and Condell decided that if their dear friend Shakespeare was to be remembered, why not do something that society and posterity itself might remember their friend? They resolved to publish all 36 of Shakespeare's plays in a single folio format, hereafter to be known to the world as the First Folio.

Heminges and Condell soon realised that they had almost an impossible task. For Shakespeare had left none of his original plays behind. His plays were always meant to be performed and therefore his originals had numerous corrections, revisions, strike-outs as new thoughts struck him. These were called "foul copies" and were turned over to a writer to make fair ones. It was not possible to locate complete fair copies as actors were given only parts of the play with their lines. Apart from the difficulty of remembering lines, this was also the period of intense competition among rival playwrights. If the complete text of a play fell into wrong hands, it could be disastrous. Heminges and Condell resurrected 18 plays of Shakespeare that were known, corrected the text, supplied the missing lines and made them presentable. They then unearthed whatever fair copies of the other plays that existed.

Their long and extensive experience as leading actors in all the major plays helped them to put in the missing lines mucs Shakespeare himself would have done.

They laboured hard for two years to complete the text. Hemmings and Condell then approached Ben Jonson, a leading playwright and friend of Shakespeare, to write the introduction. In a fulsome tribute, Jonson wrote, "Shakespeare was not of an age but for all time". Hemmings and Condell even got a Flemish engraver Martin Droeshout to do a portrait of their dear friend. As no photograph existed and Droeshout had never seen Shakespeare, the portrait was based purely on their description. The portrait was decided on after some deliberation by Heminges and Condell, as they wanted posterity to gaze on their dear friend and playwright.

Controversy continues to rage as to whether Shakespeare was indeed the author of the plays and even the authenticity of the portrait in the First Folio has been challenged. Heminges and Condell saved Shakespeare's plays from corruption and textual oblivion. Does the First Folio reflect the text of each play exactly as written by Shakespeare? Perhaps not but it's the best we have. And Shakespeare himself might reply, "not exactly but close enough!".