Books   30 Jul 2022  Book Excerpt: How the hero of Naxalbari found himself a helpmeet
Books 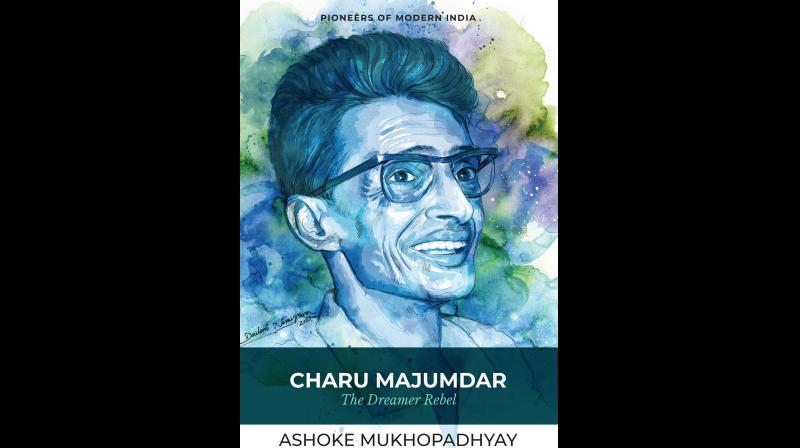 Coverpage of 'Charu Majumdar: The Dreamer Rebel'. (Image By Arrangement)

In his movements during Tebhaga struggle in Pachagarh and Boda areas, Charu got acquainted with Lila Sengupta. The only daughter of a district board doctor Harendranath Sengupta and Bijanbaladebi, Lila was also a member of the CPI, deeply involved in the party work. Lila had migrated to Jalpaiguri before Partition. Charu developed a liking for the bold lady. She too began to nurture a soft corner for the frail but firebrand revolutionary. One fine morning, Charu and his lady love descended on the Mahananda Para home at Siliguri, to take consent from his father, Bireshwar Majumdar for their marriage.

Bireshwar had never seen the lady — ‘Who is she?’

— ‘She is Lila...Lila Sengupta...we want to marry... have come for your permission.’

Bireshwar looked at Lila. She was well built, dark complexioned, possibly over thirty years old. Bireshwar was not impressed. Moreover, the lady belonged to a Baidya (a non-Brahmin caste) family. He looked at Charu.

—‘I have already identified a girl from a solvent Brahmin family for you.’

Bireshwar was agitated, but he restrained himself. He looked at Lila and started counselling her.

—‘Ma, you cannot be happy if you marry this boy... he won’t do any job to earn money and will simply wander around doing political work.’
The session went on for two hours. Meanwhile, twelve-year-old Bela, who had gone to a neighbour’s place, was back. She was quite surprised to see a woman with her older brother in the house. She looked at them cock-eyed. Lila drew Bela close, exchanged pleasantries and patted her on the back.

Leaving for Jalpaiguri, the couple told Bireshwar, ‘We will get married in a few days from now’.

‘Then you should get ready to see my dead face’, blurted Bireshwar.

On 9 January 1952, one of the comrades close to Charu and Lila, for the sake of sheer amusement, stuck a notice at the party office —‘There is an important meeting today tobe held at 6pm at the house of comrade Lila Sengupta.’ Initially, Charu and Lila planned only a court marriage, thinking that inter-caste marriage was not valid according to the existing Hindu practice. But to their surprise, the Sengupta family house became the venue of the marriage.

Charu was present at the house since morning. In the evening the priest arrived but was not allowed to do any elaborate ritual. The marriage was over in a jiffy. Comrades came for the 6pm ‘meeting’ and were pleasantly surprised to know of the marriage. Sweets were offered to them. Lila’s colleagues gifted her a copy of hardbound Sanchayita by Rabindranath Tagore.

Next morning, Charu and Lila headed for Siliguri. Lila’s brothers arranged a hold-all bag containing the bedding set for Lila.
They found Bireshwar was sitting at the entrance. Lila paid her obeisance by performing pranam. Her father-in-law remained indifferent.

Lila could not gauge his reaction. She entered the house, changed and started cleaning with a broomstick. News spread around that Charu had come back home with his newly wed bride. Within minutes, neighbours gathered at the wooden house of Majumdars. Lila wondered whether Bireshwar would touch food cooked by her. Surprising her, Bireshwar sent a big fish to the kitchen through a neighbour. Lila heaved a deep sigh of relief — the father-in-law had consent for the food cooked by her. In the afternoon, Bireshwar bought a bright silk saree from Bharati Bastralaya, a big shop on Hill Cart Road, for the bride. He gave it to Bela — ‘Ask your boudi (sister-in-law) to wear it.’

Bela followed the command. Lila came to Bireshwar, the saree in hand, ‘Baba, this is an excellent saree, but I don’t wear any other colour than white.’

Bireshwar looked at her. This was a bride, a little different from the rest, ‘Alright you go to the shop tomorrow... take Bela along with you... and buy the saree of your choice.’ Lila carried out his instructions.

Back at the Siliguri parental home after a long time, Charu discovered the courtyard was full of shrubs, rooms inside were ill-maintained; they bore an impression of sheer negligence. He looked at Lila — ‘When we have decided to live under this roof, let us organise the rooms a bit.’
‘You don’t have to think this... in fact you won’t be able to manage it,’ Lila smiled,’ I will do the needful.’

In a few days, the rooms regained lustre. Bireshwar was more than happy; as if it was the touch of Umashankari had risen from the ashes! With unabated enthusiasm in front of neighbours, he would eulogise Lila — ‘My bouma is like the goddess Lakshmi.’

Both Charu and Lila got their party membership transferred to Darjeeling district. The Darjeeling district comrades were very happy to get Charu among them. Charu expressed his inability to remain a whole-timer of the party; however, he would do all the work assigned to him. But in reality, it was observed, Charu would not hesitate to stay at villages for a couple of days in a row. The Terai Tea Garden Workers’ Union was formed around this time with Charu Majumdar as its president. It was under the control of the CPI. Lila also commenced party work with the silent approval of Bireshwar.