The stories are about relationships and how human nature is full of contradictions. 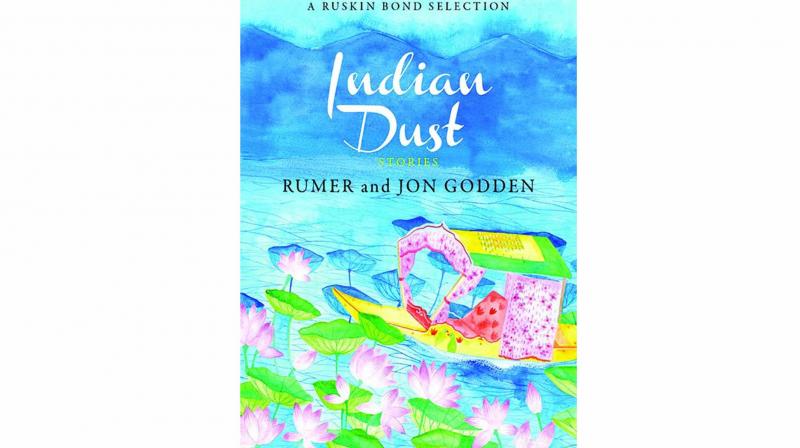 Some of the stories still work — the one about the peasant with his plot of land and the crocodile landowner next door for example, where the son could have died in Kashmir or Kargil, the Anglo Indian worker at a place that sounds like Kolkata’s women-friendly society — Jon and Rumer Godden have their memories of India down pat.

Fastidiousness, caste divisions,  sudden bans — they write with a certain reserve due to their memsahib status aware that they are and are not Indian but having grown up in Narayanganj near Dhaka, they cannot help being  familiar with many of the situations — especially the feel of the sunbaked Indian dust between  sandals and bare toes, a feeling that relates back to Kipling’s Kim. They are also aware that the poorest of poor memsahibs can be trumped in poverty by the Indian crafts workers who travel  from door to door hoping for orders, or by the squalor of New Market’s back streets.

Mercy, pity, peace and love ironically flit through the pages in one way or another, whether in human beings or even  budgerigars. The stories are about relationships and how human nature is full of contradictions.

The Goddens are both gently ironic in their story telling — a nun who works in a Mother House kind of set-up is shocked because a mortally ill man believes that god is the best  healer and in Children of Aloysius Philomena prefers to remain with her handkerchiefs and lace rather than become a movie star because though she needs money she knows how much she needs to lead a peaceful life — something that the sophisticated film producers don’t realise.

The book results in all kinds of compromises like eating live oysters in France for a Brahmin  boy on his first grand tour — which can be translated into other kinds of compromise for non-Indian readers. The two sisters are of course evocative in their description and language — though Jon only has four stories out of the fifteen — and there are poems from Rumer, surprising for those readers who are unaware of her poetic skills.

Indian Dust inhabits a quiet though still comprehensible world, untroubled by today’s selfie ridden urban bustle and political  explosions. What will not work anymore are the stories set in Kashmir, its beauty now splintered by violence.