No intention to be RBI governor: Abhijit Banerjee 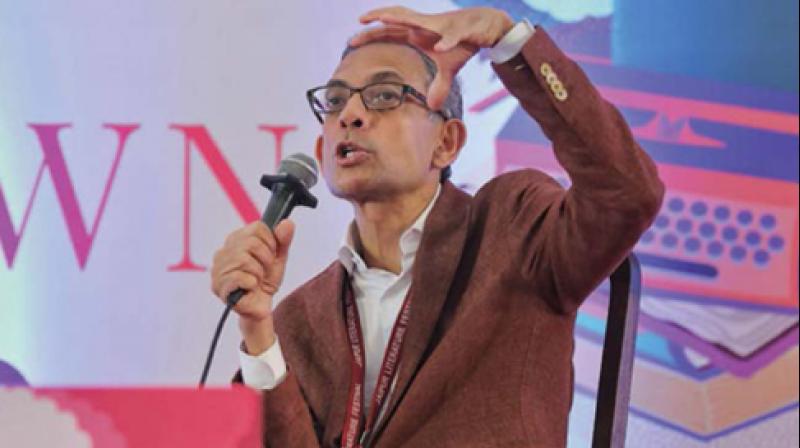 Do Brexiteers harbour an imperialist fantasy? William Dalrymple shared his own take on this controversy at the Jaipur Literature Festival this year. Dalrymple was answering the question of an audience member who had asked him apropos his commentary on the rise of the East India Company as to whether the British government today did not have a duty and obligation to make reparations to the poorest of India’s poor. “The problem you have at the moment is that none of this has been taught in the British schools for 30 years. The British are unbelievably ignorant about their own imperial history,” responded Dalrymple. “You see generations of well-meaning British ambassadors and politicians coming out to India assuming they were all good friends, that we had a lovely time together,” he added. Then he made an interesting remark concerning the preceding UK government’s possible long-term agenda. “It will sound ridiculous to every person in this audience but when the Brexit vote happened the first thing Theresa May did was to take a delegation of British businessmen out to India. The idea was that having fallen out with all our friends in Europe we will just go back to our colonies where we will be embraced by all our old friends with open arms and it was literally called by the civil service as Empire 2.0,” Dalrymple said.

Nobel laureate Abhijit Banerjee was wonderfully candid and self-deprecating as usual during his outing at the fest. Asked how life has changed since his winning the prestigious prize, he said, “The number of selfies has gone up a lot. Hopefully, people will eventually forget what I look like. In some ways, it is wonderful. It is like an extended party which consists of four-hour dinners, and four-hour dinners in which you are not allowed to get up unless the king gets up. And so, if you need to go to the toilet, it is tough luck.” Asked why he wore a dhoti to the award ceremony, he shared, “You had no choice. Basically, they said you have to wear a white tie. A white tie means you had to wear all kinds of fancy stuff, like a cummerbund; I saw no reason to give in to that. There is one loophole which is you could wear your ethnic clothes. In fact, we were discussing what native clothes to wear since India has such a diverse set of clothes and we converged on that.” When Sreenivasan Jain interjected saying how he managed in a dhoti under sub-zero temperatures, Banerjee said, “They were very solicitous. They drove me to the exact spot, the reason being they realised I was poorly defended.” When an audience member asked him if he would like to be governor of the Reserve Bank of India, he said, “Absolutely not. I think to be an RBI governor you better be a macroeconomist. I think I have spent all my life trying to avoid being one.”

Donald Trump’s name came up in discussions at least once during the festival. Asked a question about the length of his little fairytale, Pussy, author Howard Jacobson boomed, “How do you write more than one page about the stupidest man in the world?”

Indeed, cogitation about the present crisis of democracy worldwide was a big part of various talks. Historian Stephen Greenblatt was categorical about assassination being the wrong way to get rid of a dictator. “Assassination is a disaster because it only hastens the thing you are trying to stop. Two summers ago, a controversial production of Julius Caesar was made public in which the character playing Julius Caesar had an uncanny resemblance to a certain politician, and he is assassinated at the end of the play in this production by mostly black women among the conspirators. There were very several strong political objections to this play and organisations withdrew funding. The point of it is that way of dealing with this problem is not actually successful. It is not a good idea; it only hastens the thing you think you are trying to stop.”

It was a lively and fun fest.