But things took a pleasant turn when she met Aditya. 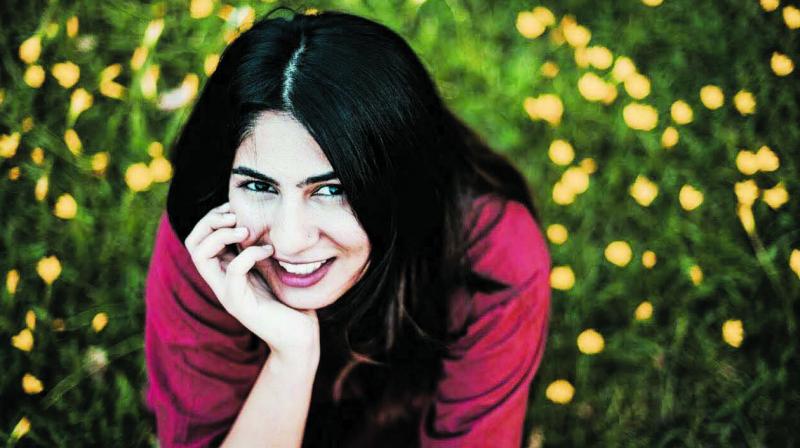 “For me, it was very important to feature young people. Sixty per cent of us are under 25 — that’s my people! All of us are interested in politics, but who’s writing books for us? That’s why I decided to write about politicians who represent the interest of the young population,” she says, while speaking about her book The Young And The Restless.

While she interviewed politicians from various parties, the most flabbergasting experience was with Shiv Sena’s Aditya Thackeray, who took Gurmehar completely by surprise. Recollecting her favourite story from the interviews she did, the Left-Wing supporter smiles, “I went to an event two years ago where Aditya Thackeray came up on stage and my friend said - you have to see this politician, Aditya, I have a big crush on him. I said if you have a crush on a Thackeray, forget Valentines’ Day! He’d been in my head since then.” One fine day, when working on her book, Gurmehar headed to Shiv Sena Bhavan to doPP a six-hour interview with the President of the Yuva Sena.

“When I entered, I was like ‘I’m in enemy territory, what is somebody recognises me and throws me off the window’. I was so scared!” she laughs.

But things took a pleasant turn when she met Aditya. Not only was he nice, he also broke all the assumptions she had about him. “I asked him his role model and I thought he’d say Shivaji, but he said Tony Blair from the Labour Party - and I was like - what, he’s from The Left! So, I moved to section 377 and I thought I’ll finally get some masala. But he said ‘people can do whatever theywant to do. I’m happy for the community. And finally, when I asked about feminism, ‘he said of course, I’m a feminist.’ At that point, I wanted to throw my question chart as I wasn’t getting any masala from a Right-Winger!” she chuckles.

For someone who’s incessantly trolled for her liberal views online, how has she managed to deal with the abuse? “It doesn’t get easier. It’s constant assault. I block and mute people who send ridiculous things. I don’t want to go through abusive stuff and I don’t want to engage with them. Back then, I dealt with it by going for vipasanna meditation and therapy. These trolls need to be pay for my therapy - it’s so expensive,” she quips.

So, what’s next for the Lady Shriram College graduate? “I’m off to Oxford in September. I won a scholarship and I’m going to do my masters in south Asian studies,” she reveals.

When it comes to nammooru, Gurmehar says that she has tons of friends here who she loves catching up with. The 21-year-old also enjoys running and playing tennis. “Maria Sharapova is my favourite -even my favourite people are so controversial! I love Serena Williams, Roger Federer and Andy Murray. I’ve played one international tournament and played for the state in national competitions,” she adds.

Tags: gurmehar kaur, the young and the restless