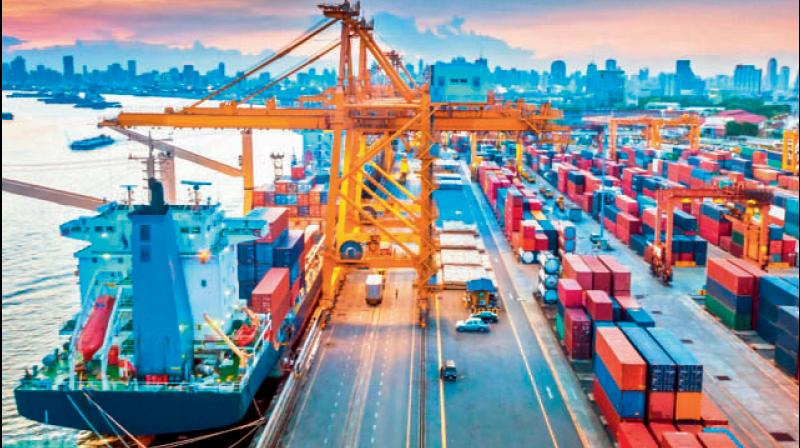 Chennai: Global trade recovered in the last quarter of 2020, reducing the overall decline for the year to about 9 per cent, finds an UNCTAD study. Some of the less competitive countries lost their market share during the pandemic while competitive ones improved their share in global trade. The recovery of Q4 2020 was largely driven by the trade of goods from and to developing countries, especially by the very strong performance of East Asian economies, including China, Taiwan and South Korea.

The effect of Covid19 on global trade was most severe during the first half of 2020, with a drop in value of about 15 per cent. Global trade began to recover in Q3 2020 and more strongly in Q4 2020. The recovery in the second half of 2020 was largely due to the rebound of trade in goods rather than in services. During the pandemic, Vietnam, Uganda, China, Switzerland, Turkey and Taiwan experienced relatively better export performance.

In contrast, Venezuela, Saudi Arabia, Colombia and Nigeria performed relatively worse. India lost its global trade share in apparels and minerals, while it managed to retain its share in pharmaceuticals and chemicals during the pandemic. India did not improve its trade share in any of the sectors in one of its most challenging years. India, which had 3.4 per cent share in the global apparel trade in 2019, seems to have lost it significantly during 2020.

India is among the top countries in apparels to have lost their competitiveness or market share by more than one per cent. Among India's competitors, Vietnam, Malaysia, Turkey and Cambodia increased their market share during the pandemic and Bangladesh and Indonesia managed to retain their share. The United Nations Conference on Trade and Development's (Unctad) global trade report assessed the competitiveness of different economies by measuring the change in market share between 2019 and 2020. Economies that lost and gained competitiveness saw changes in market share larger than 1 percentage point. Despite the export growth recorded in pharmaceuticals, India could not improve upon its market share and its global share remained unchanged. In chemicals, too, the country could only retain the trade share.

The report does not find India having gained share in any sector. India had increased agri-food exports during the pandemic. Most of the cereals, including rice and wheat, had witnessed significant growth in exports. However, this could not improve its share by more than one per cent to find a place in the list. Canada and Mexico are the top two countries to have increased their share in the category. The report also finds that among India's top export sectors, minerals de-grew by 23 per cent and lost its market share.

Various machinery exports too degrew by 11 per cent. More worryingly, in 'export volatility' ranking, which indicates exports vulnerability of a country, India is among the worst performers at 0.75 points, with Ethiopia slightly better at 0.74 and Peru and Cameroon worse at 1.05 and 1.27, respectively. In contrast, Indonesia and Taiwan have a strong score of 0.03 each, followed by Australia and Singapore having 0.04 points each. This points to the huge ground that India has to cover on stabilising its exports over the mediumto long-term.

China, meanwhile, improved its share in global trade in different sectors, including chemicals, various machinery, metals, pharmaceuticals, precision instruments, road vehicles, textiles and transport equipment. The report also noted that exports of services from China and to a lesser extent from India appeared to have fared relatively better than other major economies throughout 2020.