FCA has invested USD 280 million in the plant to support local production of Jeep. 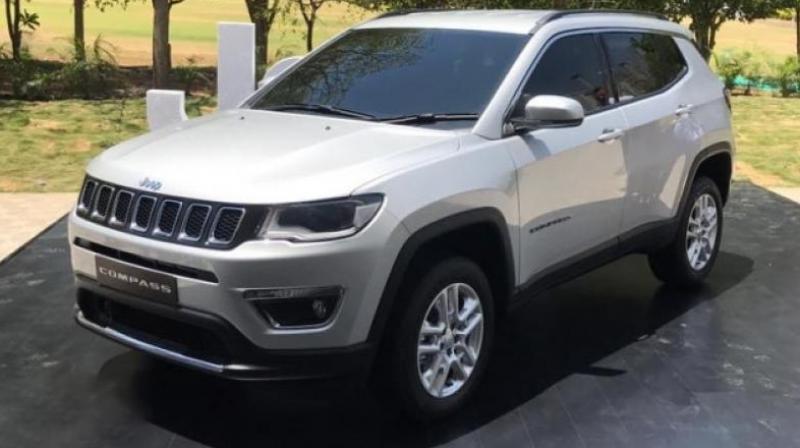 India has joined China, Mexico and Brazil as a manufacturing and export hub for the Jeep Compass.

With this, India has joined China, Mexico and Brazil as a manufacturing and export hub for the Jeep Compass.

"The establishment of manufacturing operations and start of production of the Jeep Compass is an important milestone for our journey in India," Alcala said.

"The Compass will be the first Made-in-India Jeep vehicle, and we are appreciative of the government's efforts to make India a desirable manufacturing destination for multinational organisations like ours," he said.

FCA has invested USD 280 million in the plant to support local production of Jeep.

"With the start of production and an investment of USD 280 million in Jeep Compass localisation, we are reaffirming our commitment to Indian consumers and our long-term presence in the country," Alcala added.

The Jeep Compass will be in full production in July and vehicles are expected to hit the market during the third quarter of the year in three variants -- Sport, Longitude and Limited, the company said. It said the export of the vehicle will commence in the last quarter of calendar year 2017.

The Compass is the first model from the Jeep range to be produced in India. Fiat Chrysler had launched the Jeep brand in India in August last year with its completely built units (CBUs).

The Ranjangaom manufacturing facility, a 50:50 joint venture between FCA and Tata Motors, has a capacity to produce 1.6 lakh units and 3.5 lakh engines.

The Indian plant is the only one among the four global manufacturing units of FCA that will roll out right hand drive models.

In 2014, FCA had announced plans to launch 12 models in India in five years and start producing models from the Jeep brand in the country by 2015. However, it later revised the plan.