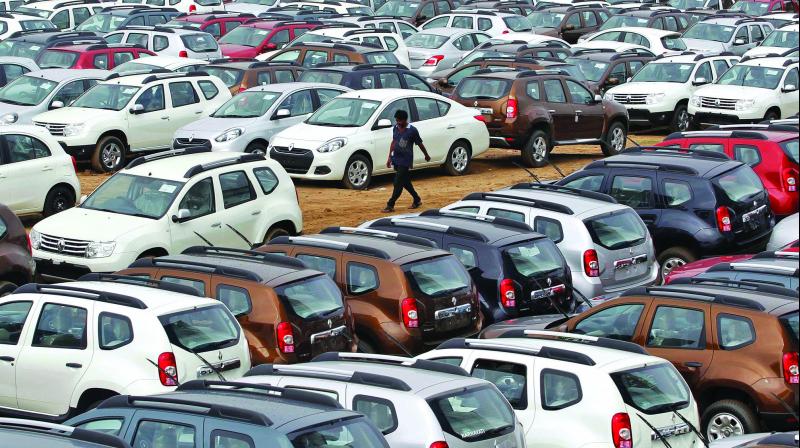 The top 10 carmakers who produce 97 per cent of the total domestic sales clocked a 24 per cent growth in domestic volumes in February. (Representational image)

PUNE: Major carmakers on Monday reported robust double-digit sales in February, bringing cheers to the automakers depressed from the prolonged Covid pandemic that had hit them hard.

The company has started dispatches of their latest model Kiger to its showrooms. Honda Cars sold 28.3 per cent more cars at 9,324 units last month, up from 7,269 units it sold last year. Sales at MG Motor registered its best-ever monthly retail at 4,329 units last month, marking a growth of 215 per cent compared to February 2020. China’s SAIC-owned British car- maker registered this growth on account of robust demand for Hector facelift, Hector Plus, and Gloster.

Riding on the success of the Magnite SUV, Nissan Motor saw 313 per cent growth in February volumes to 4,244 units as against 1,028 units sold in the same month last year.