Government last week sent India into a 21-day lockdown to try to curb the spread of the virus, forcing automakers to suspend manufacturing 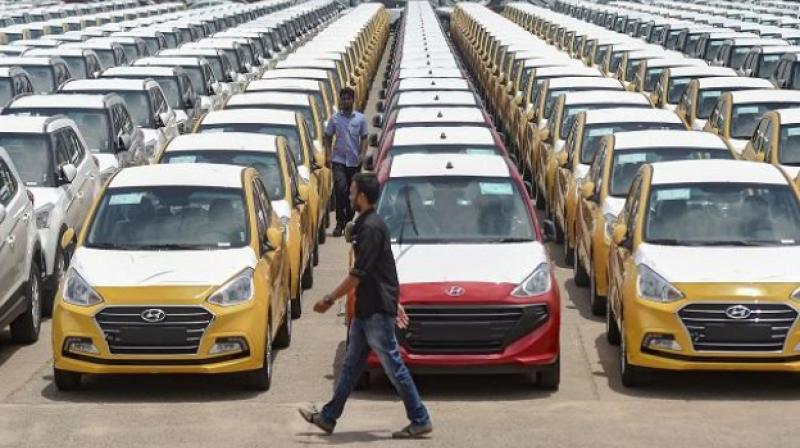 BENGALURU: Automakers in India saw a steep fall in sales in March as a slowdown in demand was exacerbated by shutdowns in production due to the coronavirus pandemic.

The government last week sent India into a 21-day lockdown to try to curb the spread of the virus, forcing automakers such as Maruti Suzuki, Mahindra & Mahindra, Ford Motor Co, Toyota Motor Corp and Hyundai Motor Co to suspend manufacturing.

Maruti, which sells one in every two cars in India, said it sold 83,792 in March, down 47% from a year earlier, although it said the number was not comparable with 2019 due to the suspension of operations from March 22.

“The shutdown started only last week, so the fall is still steep even if it is not comparable,” said Shashank Kanodia, an auto analyst at ICICI Securities.

Mahindra, maker of popular sport-utility vehicles such as Scorpio, posted an 88% slide in sales.

Tata said in future it would report sales numbers once a quarter instead of monthly to “avoid needless short term volatility” and help investors “focus on the long term drivers of the business”.

The country’s auto industry was already facing a slowdown in demand and government rules to adopt tougher emissions standards had forced carmakers to hike prices, driving customers away.

The Society of Indian Automobile Manufacturers, an industry body, estimates plant closures by automakers and auto part manufacturers will lead to a daily revenue loss of more than 23 billion rupees ($305 million).

The coronavirus outbreak has infected nearly 800,000 people worldwide and caused more than 38,800 deaths, according to a Reuters tally. In India, 38 people have died from 1,637 confirmed infections.