Sales of Alto, old WagonR down 40 per cent, Ciaz down 45 per cent 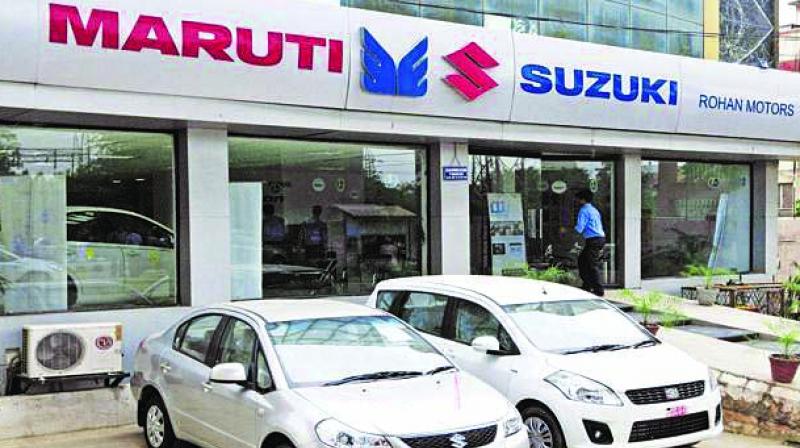 Pune: Maruti Suzuki, India’s biggest carmaker with a 51 per cent market share and Hyundai Motor, the second largest carmaker, on Wednesday reported continued decline in sales in April, indicating a slowdown due to multiple factors, including tepid demand in Asia’s third largest economy.

However, sales rose 23 per cent at Honda Cars, the fourth largest carmaker in the country, brining some cheer to the auto industry.

Other car manufacturers like Mahindra and Tata Motors did not release their sales data till going to the press.

Maruti Suzuki’s entry-level passenger car duo, the Alto and old WagonR hatchbacks, sold a total of 22,766 units last month, down 39.8 per cent year-on-year as against 37,794 units sold last year, the company said in a statement.

The quartet of utility vehicles such as Gypsy, Ertiga, S-Cross and Vitara Brezza was the only segment in positive territory with sales of 22,035 units, up 5.9 percent compared with 20,804 units sold last year.

“Our April sales growth is primarily due to the lower base effect, as there was no Amaze in the corresponding month last year during model runout,” Rajesh Goel, Senior Vice President and Director, Sales and Marketing at Honda Cars India, said.

“The ongoing elections and overall subdued market sentiment continues to affect the sales momentum. Going forward, the industry is heading towards a tougher year, impacting sales due to volatility in fuel prices, increase in car prices owing to new regulations and stricter inventory control for smooth switchover to BS6 regime by year end,” he pointed out.

The maker of Royal Enfield motorcycles also reported a 17 per cent dip in sales on a yearly basis to 62,879 units in April.