Expected to be launched by December, the new 1.2-litre GDI turbo-petrol will make 20PS more than the current 1.2-litre MPFi motor. 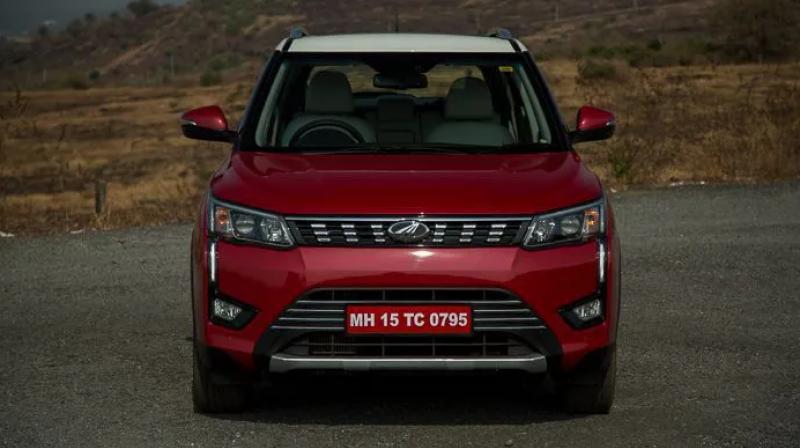 The new engine might also come mated to an AMT gearbox, which will make its debut soon on the current models.

Mahindra launched its sub-compact SUV, the XUV300, back in February this year. Armed with a powerful set of engines and best-in-class equipment, the sub-compact SUV from India soon created its own fan base. While the 1.5-litre diesel produced best-in-class power and torque figures, the 1.2-litre turbocharged petrol is no slouch either as it produced a decent 110PS.

However, now the carmaker has announced that it will introduce an even more powerful, BS6-compliant 1.2-litre petrol Turbo GDi engine in the XUV300 later this year. Developed at the MahindraResearch Valley, the new engine uses direct injection instead of multi point fuel injection tech to make 20PS more power than the regular 1.2-litre MPFi motor. It also gets a jump of 30Nm in the torque figures. Here’s a head-to-head performance comparison of the two engines.

The addition of the new engine to the XUV300’s powertrain lineup will help it claim the title of the most powerful petrol engine in a sub-4 metre SUV as the current leader EcoSport makes 125PS with its 1.0-litre Ecoboost turbo-petrol engine. The XUV300 will not only surpass that figure but the engineers at Mahindra also assure high levels of refinement in the new engine along with BS6 compliance.

Speaking of which, the XUV300 will also be the first Mahindra vehicle to get a BS6 compliant engine by October this year. This will be the current petrol motor, which according to company officials will continue to be sold alongside the new engine.

Another big update for the sub-4 metre SUV will come in the form of the addition of an AMT sourced from Magneti Marelli. The XUV300 is all set to get the automatic option as early as this month. It has already been spied on multiple variants earlier, which indicates the launch is bound to happen soon.

Expected to hit showrooms by December this year, the XUV300 with the more powerful petrol option will be priced at a premium. Not only will it help cater to the expected growth in demand for petrol engines, it will also better equip the XUV300 to take on the likes of the Hyundai Venue and the Ford Ecosport. At present, the XUV300 is available in India with prices ranging between Rs 7.9 lakh to Rs 11.99 lakh (ex-showroom Mumbai).