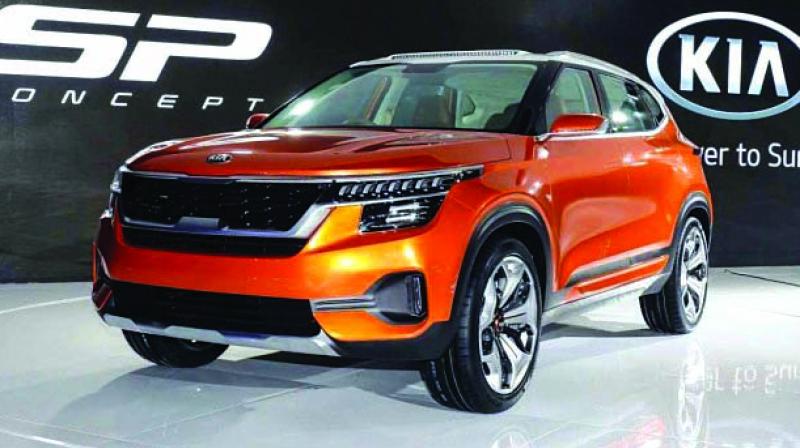 In fact, Kia Motor aims to launch one new product every six months in India to keep ahead of crowded competition.

Pune: At a time India’s carmakers are grappling with the worst auto slowdown in two decades, Kia Motors Corporation is having a dream run in India.

After emerging as a leader in the crowded and fiercely competitive SUV segment, selling more than 14,000 units of Kia Seltos, the compact SUV, in November (it had sold 6,000 units in the last week of August when it was launched), it has now announced to roll out premium multi-purpose vehicle called Carnival and a sub-compact SUV next year.

The Kia Carnival is a rival of the popular Toyota Innova Crysta in the country.

In fact, Kia Motor aims to launch one new product every six months in India to keep ahead of crowded competition.

“After the success of Seltos, our next car for the Indian market will be Kia Carnival to be launch in early 2020 and the sub-compact SUV later that year,” Han-Woo Park, President and CEO at Kia Motors Corporation announced soon after officially opening its $1.1 billion factory at Ananthpur in Andra Pradesh.

He said the manufacturing plant is now fully operational. It has the capacity to produce 3 lakh cars per annum in three shifts. At present it runs on two shifts to meet rising demand for Seltos.

With these launches Kia is strengthening its sports utility vehicle brand image in India to remain ahead of competition from market leader Maruti Suzuki, Hyundai, and Mahindra.

“This is just the beginning. Please wait for our next ‘Power to Surprise’ with models cars,” he said without divulging details, but hinted that its global products would be introduced in the country.

“As we move into our expansion mode, we will not only consolidate our position in India but also cater to markets outside India,” Park said.

He said Kia Seltos which sold 6,000 units in one day, has now become the fourth largest car maker in India in 100 days.