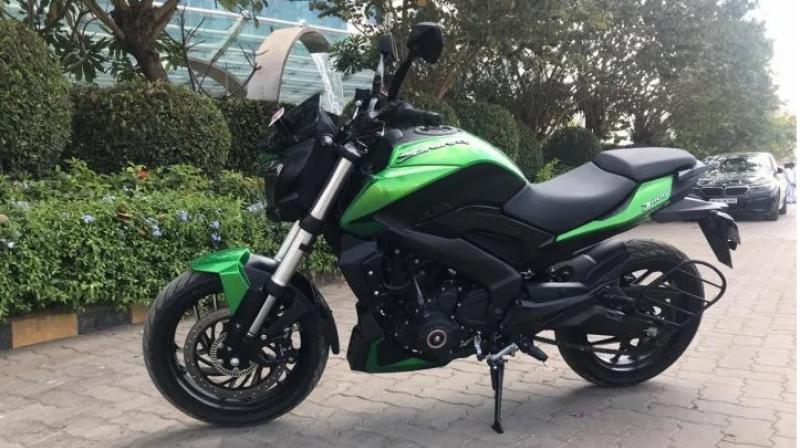 Apart from all the cosmetic and mechanical changes seen on the bike, the Chakan-based bikemaker has also tweaked the moniker a bit. The updated version of the bike is now called the 2019 Bajaj Dominar UG.

Bajaj is really close to launching the 2019 Dominar UG, that too with some major upgrades. Here is everything you need to know about the homemade power cruiser in five simple points.

Almost a dozen spy shots later, the 2019 Bajaj Dominar is finally here, and yes we’re riding it as we speak. But before we get into the nitty-gritty in our first ride report, here’s a brief refresher on what you’re in for.

1) Bajaj is calling it an upgrade, literally

Apart from all the cosmetic and mechanical changes seen on the bike, the Chakan-based bikemaker has also tweaked the moniker a bit. The updated version of the bike is now called the 2019 Bajaj Dominar UG, where the ‘UG’ stands for ‘Upgrade’. Which raises our next question, what are they?

For 2019, the Dominar's fully digital instrument console now gets some additional readouts like average fuel consumption, average speed, side stand indicator and even fuel range. Also, the secondary display on top of the fuel tank now shows gear position indicator, time and trip meter. However, we can only comment on its practicality once we ride the bike. Also new are the open-cartridge USD forks at the front along with a reworked monoshock unit. Additionally, it also gets mounts for bungee straps to suit your touring needs.

While powering it is still the same 373cc single-cylinder engine as before, Bajaj has tuned it for more grunt and refinement. It now comes with a new DOHC (Dual OverHead Camshaft) layout for better efficiency at higher revs. This uptuned engine now makes 39.9PS of power at 8650rpm, a bump up of 5PS. The torque, however, remains unchanged at 35Nm, but now arrives at 7,000rpm instead of the earlier 6,500rpm.

4) But, it doesn’t look much different

There isn’t much that distinguishes the older gen model from the new one. While the basic design language remains the same, the 2019 model now gets blacked-out bits on the wheels, redesigned mirror stalks and swanky mirrors too. There’s also a new double-barrel exhaust, finished in matte black. Also new here is the metallic green colour.

Bajaj is yet to reveal the prices of the new Dominar 400 UG. Sources close to the company tell us that it may happen in the next few weeks. That said, if we had to guess, we would expect a hike of over Rs 20,000 over the older model, bringing the total to around Rs 1.80 to 1.85 lakh (ex-showroom). We’re still expecting it to undercut its main rival, the Royal Enfield Thunderbird 500 by some margin. The only thing which remains to be seen now is, whether these updates are enough to make it a better motorcycle overall. To know the answer to that, stay tuned for our first ride review.