Until recently, whenever we spoke about adapting electric vehicles to the automobile culture of India, many found it superficial. 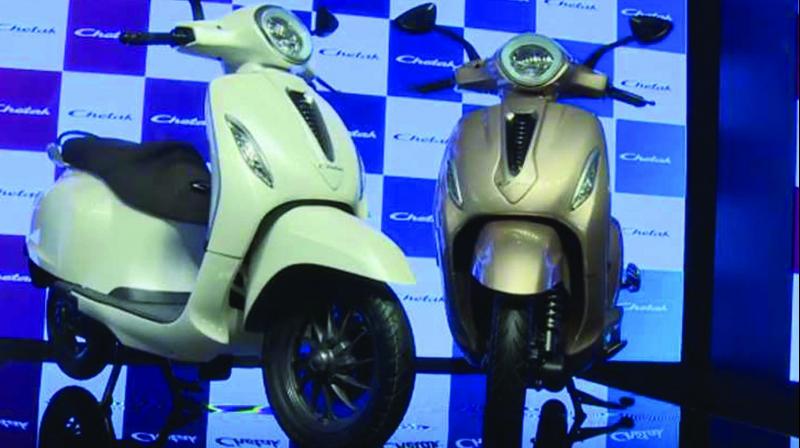 It has been about 14 years since it was last sold in the country but back then an ICE powered it.

Until recently, whenever we spoke about adapting electric vehicles to the automobile culture of India, many found it superficial. Now, EVs have made a strong argument as we have some all-electric vehicles plying Indian roads. This year saw quite a turnaround in the EV industry. So much so that names like Porsche and Aston Martin — which were known for their ICE (internal combustion engine) performance cars — have entered the business. In the year 2019, you can buy an electric scooter or an electric motorcycle or even an electric SUV and that too with options. So, if you are planning to buy an EV, we have rounded up some products that have made quite an impact.

Bajaj Chetak
Bajaj Chetak is back! It has been about 14 years since it was last sold in the country but back then an ICE powered it. Now, though, times have changed. Bajaj Chetak Electric is the company’s first electric two-wheeler powered by an electric powertrain, featuring modern tech like ABS. Definitely not as vintage as the original Chetak, this one provides a blend of retro and modern in its design. Bajaj Auto will announce the price of the Chetak Electric in January 2020. It will be sold through Bajaj’s Probiking sales network, alongside KTM and Husqvarna Motorcycles. Bajaj claims a 95km range between charges in the scooter’s Eco mode and an 85km range in Sport mode.

Hero Dash
With a price of Rs 62,000, the all-new Dash is powered by a 48v 28Ah Li-ion battery with fast-charging of four hours and a range of 60km per charge. The company has already also introduced the extended range versions of its two electric scooters — Optima and Nyx — which are priced at Rs 68,721 and Rs 69,754, respectively.

Tata Tigor EV
Following the introduction of Tigor EV for government and fleet consumers, Tata Motors launched its extended-range Tigor EV Electric sedan for all consumers. The Tigor Electric is available in 3 variants — XE+, XM+ and XT+ — and for both fleet and normal consumers. Tata Motors is making the car available across 30 cities and prices start at Rs 9.44 lakh (ex-showroom Delhi). Additionally, the vehicle will be equipped with dual airbags (XE+ variant with driver airbag only) and an anti-lock braking system as standard safety features. The vehicle also comes with an inbuilt warranty of three years or 1.25 lakh kms, whichever is earlier.

Hyundai Kona
Automobile major Hyundai Motor’s Kona Electric is the most popular EV in the list, with an introductory price of Rs 25.30 lakh. Kona has an estimated range of 452km per charge and comes with differentiated driving modes like Eco+, Eco, Comfort, and Sport. This new electric SUV’s powertrain employs a 136PS permanent-magnet synchronous electric motor powered by a high-voltage 39.2 kWh advanced lithium-ion polymer battery. According to the company, customers will be provided with two chargers including a portable charger and an AC wall-box charger.